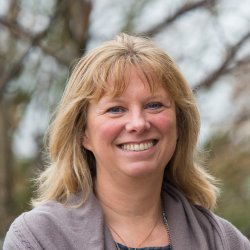 I completed my BSc. (Hons) in Psychology, Childhood and Ageing at Reading University in 2009. I was then awarded an ESRC Research Studentship in Psychology Quota Award 1+3 at Oxford Brookes University, and went on to complete an MRes degree in Psychological research in 2010. My PhD focused on walking patterns of individuals with and without DCD and was completed in February 2015. I have been lecturing at The University of Surrey since 2015.

Top jobs with a psychology degree

A week in the life of a psychology student

My primary area of interest is Developmental Coordination Disorder (DCD), an idiopathic movement disorder defined by the DSM-5 as an impairment of motor coordination significantly affecting everyday activities. DCD impacts areas such as balance, postural control and participation in sport. DCD is often referred to as a 'Cinderella syndrome' due the lack of knowledge about the condition. However, given that DCD affects approximately 5% of the population (DSM-5, APA 2013) this is an area of much needed research as there is still considerable work to be done to investigate the underlying mechanisms of the disorder.

I am currently working with on projects to investigate driving abilities of individuals with and without DCD, the psychosocial impact of movement difficulties and developing strategies to support adults with DCD in educational and work settings.

Gentle, J., Shaheen, A., Tunstall, D., Hegarty, P. (2020). Perceptions of Coordinated Movement
View abstract View full publication
Humans are highly social creatures who use others’ movements to evaluate their social competencies. Smooth movement specifically signals an attractive, trustworthy or competent person. Those with Developmental Coordination Disorder (DCD), have peer relationship difficulties and lower sociometric preference scores. However, the relationship of perception of poor movement coordination to stereotyping has not been directly demonstrated. We aimed to describe typically developing individuals’ social stereotyping of individuals with and without DCD from minimal visual cues. 3D motion capture tracked the movement of four ‘targets’ (two adult males with DCD and two male controls) in a variety of everyday scenarios. Kinematic footage of the target’s movements was presented as a point-light-display to 319 typically developing adults who used The Rating Scale of Social Competence to report perceptions of the target’s social competencies. Targets with DCD were rated as having significantly lower social competence (M=3.37, SD=0.93) than controls (M=3.46, SD=0.89) (269) =-5.656; < 0.001, Cohen’s = .34. Humans incorporate minimal information on movement fluency to evaluate others’ social competencies, including individuals with DCD. Such stereotyping may be automatic and may be an ill-understood mechanism sustaining persistent rejection by peers for individuals with DCD and higher rates of loneliness, isolation and mental disorders. In addition, our study expands research on competence-based stereotyping to a new applied domain, confirming the minimal cues needed to initiate stereotyping of the competencies of others. : social competence, perception, coordinated movement, stereotyping, DCD
AbstractBackground:Aim:Method:Results: tpdDiscussion:Keywords
Gentle, J, Barnett, A, Wilmut, K (2016). Adaptations to walking on an uneven terrain for individuals with and without Developmental Coordination Disorder
View abstract View full publication
Given the importance of walking in everyday life, understanding why this is challenging for some populations is particularly important. Studies focusing on gait patterns of individuals with Developmental Coordination Disorder (DCD) have shown that whilst increased variability is characteristic of walking patterns for this group, differences in spatio-temporal gait variables seem only to arise when task demands increase. However, these differences occur under rather artificial conditions, for example using a treadmill. The aim of this study, therefore was to examine the step characteristics of individuals with and without DCD whilst walking along an irregular terrain. Thirty-five individuals with DCD aged 8–32 years and 35 age and gender-matched controls participated in this study. Participants were divided into 3 age groups; 8–12 years (n = 12), 13–17 years (n = 12) and 18–32 years (n = 11). Participants walked up and down a 6 m walkway for two minutes on two terrains: level and irregular. VICON 3D motion analysis was used to extract measures of foot placement, velocity and angle of the head and trunk. Results showed that both groups adapted their gait to negotiate the irregular terrain, but the DCD group was more affected than their TD peers; walking significantly slower with shorter, wider steps and inclining their head more towards the ground. This suggests an adaptive approach used by individuals with DCD to preserve stability and increase visual sampling whilst negotiating an irregular terrain.
Wilmut, K., Gentle, J., Barnett, A. (2017). Gait symmetry in individuals with and without Developmental Coordination Disorder
View abstract View full publication
Background: Symmetry between the left and right side of the body during locomotion is key in a coordinated gait cycle and is also thought to be important in terms of efficiency. Although previous studies have identified aspects of the gait cycle which are atypical in children and adults with Developmental Coordination Disorder (DCD), studies have not considered whether this could be explained by asymmetrical gait. Method and procedure: The current study included 62 participants with and 62 without DCD (aged 7-34 years). Participants were asked to walk continuously for 1 minute up and down a walkway while movement was captured using an optical tracking system. Measures of step length and step time were taken for both the right and the left leg and symmetry ratios were calculated. Results: The DCD group showed significantly higher symmetry ratios for both measures compared to the typically developing (TD) group, with approximately a third of DCD participants falling outside the normative range for symmetry. Furthermore, a relationship was found between movement variability and degree of asymmetry. Conclusions: These findings demonstrate an asymmetry in the gait of individuals with DCD which, despite improving with age, does not reach the same level as that shown by TD individuals.
Gentle, J., Brady, D., Woodger, N., Croston, S., Leonard, H. (2021). Driving Skills of Individuals with and without Developmental Coordination Disorder (DCD/Dyspraxia). Frontiers of Human Neuroscience
View abstract View full publication
further our understanding of the mechanisms underlying the driving experiences of individuals with DCD.
Learning to drive is a significant event for the transition to adulthood and delay or avoidance may have social, practical and psychological implications. For those with Developmental Coordination Disorder (DCD/Dyspraxia), driving presents a considerable challenge and the literature shows that there are differences in driving ability between individuals with and without DCD. The aim of the current research is to Nineteen participants with DCD (10 drivers, 9 non-drivers) and 36 controls (17 drivers, 19 non-drivers) aged 18-57 years took part in this study. Participants completed standardised tests, questionnaires and a driving simulation task designed to measure speed, road positioning and rate of change of steering in three conditions with increasing perceptual complexity. Results indicate that behaviours for all participants changed as the perceptual demands of the task increased. However, drivers with DCD were more affected than all other groups, driving more slowly when negotiating a narrow aperture, and driving further to the right when passing an oncoming car. These findings illustrate how the impact of both internal and external constraints negatively affect the success of the driving task for individuals with DCD compared to their TD peers.