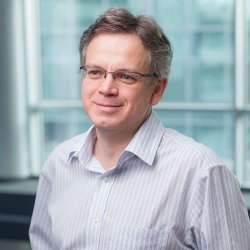 Maxim Shkunov studied physics and applied mathematics at Moscow Institute of Physics and Technology and trained at Russian Academy of Sciences (Moscow) prior to receiving his PhD in condensed matter physics from the University of Utah, USA, where he conducted research in ultrafast spectroscopy and laser action in conjugated polymers, microcavities and photonic crystals.

He has over 19 years of experience in the field and worked at Cavendish Laboratory (U. Cambridge) and Merck Chemicals (UK). Maxim (co)-authored more than 120 publications, including articles in peer reviewed journals, book chapter and patents. He is now a Senior Lecturer at the Advanced Technology Institute with a range of research, teaching, and administrative duties. 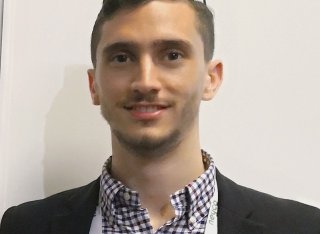 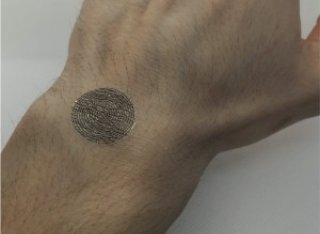 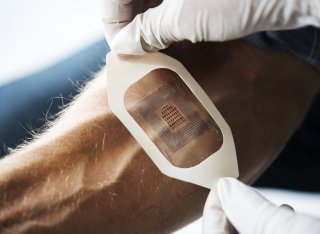 The focus research area can be described as “Printed electronics with solution processable nanomaterials and organic semiconductors”. This serves as a platform for the development of novel devices for large area electronic applications with strategic overlap with EPSRC directions in Energy, Environment and Health. In particular, a printable sensor platform, based on nanowire FETs for chemical and biological sensing has been under the development for the last 5 years, with nanomaterials work spanning over 10 years.

Current and past modules:

The carrier transport of carefully purified regioregular poly(3-hexylthiophene) films was studied using time-of-flight photocurrent measurements. The authors find balanced ambipolar transport with a room-temp. mobility for holes of 3 * 10-4 cm2 V-1 s-1 and for electrons of 1.5 * 10-4 cm2 V-1 s-1 at elec. fields >=105 V/cm. The transport is relatively field independent and weakly temp. dependent, pointing to a high degree of chem. regioregularity and purity. These factors make poly(3-hexylthiophene) attractive for use in a range of electronic applications.

Silver Nanowires (Ag NWs) are a heavily researched material, mostly as a replace-ment for the industry standard Indium Tin Oxide (ITO). Ag NWs are sought after be-cause they can be used on flexible substrates and be solution deposited. One main drawback of silver NWs is the film failure during either electrostatic discharge (ESD) tests or direct Joule heating, at currents significantly lower than ITO can handle. In this work the up scaling of the spray deposition of Ag NWs and the current induced failure that is observed during film use in electronic devices are investigated. Both of these areas are ones of the few stopping Ag NWs from being adopted by the industry. As part of this project, a holistic approach is taken, where a machine for the deposition was designed and tuned to improve the efficiency of the process, then using that tool process devel-opment was undertaken using various dispersions and finally the current induced failure of the deposited films was investigated. This way a complete understanding was achieved of the spray process and of silver nanowires as a material.

Using a spray deposition tool, built and commissioned during the project, the indus-try requirements of less than 10% uniformity variation, optical transmission over 90% and haze bellow 1% were achieved for 150 mm width at 100 Ω/sq. Furthermore, better understanding of the spray pattern and nozzle overlap was achieved using experimental and simulation data. Based on this tool and the knowledge acquired from its design, a series of customer machines were designed for various applications. The original tool was upgraded to an airbrush-based system, in order to facilitate for R&D work such as process development and sample preparation for small scale application tests. Various nanowire dispersions were tested from various suppliers using this upgraded tool with success. Using the fine-tuned process, films were deposited for solar cells, liquid crystal displays, light emitting diodes and heaters, with great preliminary results. Finally, the deposition of nanowires on 3D surfaces was achieved with great success.

To understand the current induced failures, the failure mechanism and the maximum current density that the nanowires can withstand needs to be identified. To do that, small scale tests were undertaken and then the films were imaged using SEM and AFM. From these measurements it was found that the maximum current density (18-260 MA/cm2), at which the NW films fail, is much lower than what has been observed in lit-erature (18-260 MA/cm2). As part of this work it was found that for a 100 Ω/sq film, the failure occurred at a current density of 7 MA/cm2. This is because of the Joule heating of the nanowires, which in the case of dense networks initiates in the junctions. This is be-cause the junction resistance dominates over the resistance of the individual wires, since it is an order of magnitude higher. It was found that denser nanowire networks (lower sheet resistance), fail at lower current densities. This is because the number and the prox-imity of the junctions increase, resulting in quicker heating and failure. Furthermore, when network is consisted of multiple layers of nanowires, the heat dissipates at a slow-er rate, since the top nanowires have just air for the heat to be transferred to, in contrast with the bottom layer wires, which dissipate heat through direct contact with the glass substrates (better heat conductor than air). The failure is always in a line, perpendicular to the current flow. This is happening because the film failure originates from a weak spot of the sample. This weak spot is on an axis perpendicular to the current flow where there is a less dense patch of the film. When one junction fails, more current has to pass through a smaller number of nanowires, resulting in a chain reaction. Various treatments and NW hybrid materials are proposed in order to decrease the succeptability to the cur-rent induced failure resistance of the films. Two of them are the incorporation of gra-phene on the junctions, which acts as a heat sink and the introduction of a PEDOT:PSS film, which acts as a larger area for the heat to dissipate through and also, creates more channels for the current to flow through.