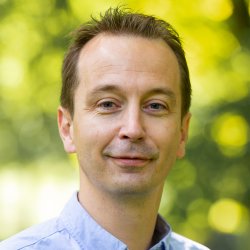 He uses a combination of behavioural tests and multi-modal brain-imaging techniques to research risk factors, outcome and interventions after brain injury, and is also interested in the interaction between healthy ageing, brain injury and neurodegenerative disorders. In particular, there may be common mechanisms underlying the risk factors and efficacy of interventions in these groups. The use of multi-modal imaging, in combination with multivariate pattern analysis, may aid better categorisation of those at risk and help to understand those who would most benefit from a particular intervention.

The Brain and Behaviour section has a wiki on the Open Science Framework (OSF), with useful information about:

My research focuses on clinical neuroscience, with a particular interest in risk factors, outcome and interventions after brain injury. I am also interested in the interaction between healthy ageing, brain injury and neurodevelopmental disorders, looking at common mechanisms underlying these where risk factors (such as metabolism, diet, physical fitness and sleep) might potentially be indicative of avenues for intervention both pre and post-injury. In relation to this, i am also interested in factors that modulate cognition in healthy populations.

Cognitive and biological changes after injury can be quite significant, even in mild brain injury, but there is a great deal of individual variance in the nature and magnitude of these changes. This poses a problem, as accurate diagnosis and prognosis is necessary for better treatment and care of individuals with brain injury. However, the combined use of neuroimaging techniques, clinical and cognitive measures in a more holistic approach shows a great deal of promise for more accurate and even personalised tracking of injury and recovery. The advent and collection of large clinical, cognitive, biological and neuroimaging databases for both brain injury and healthy populations further gives the means and hope for more reliable diagnosis, prognosis and treatment. Both of these approaches utilise multivariate pattern analysis or machine learning in trying to describe or categorise populations.

Brain Effects of Creatine (BECi)
This study looked at the effect of creatine supplementation on cognition and brain activity (EEG/fMRI) in a healthy population. Creatine is involved in energy metabolism, and there is some evidence of cognitive enhancement after supplementation. This study investigated its effect in more detail in order to follow-up its potential as an intervention for cognitive symptoms after brain injury, or pre-injury protective factor.

The neurometabolic cascade after mTBI, and its overlap with creatine biology (in red) 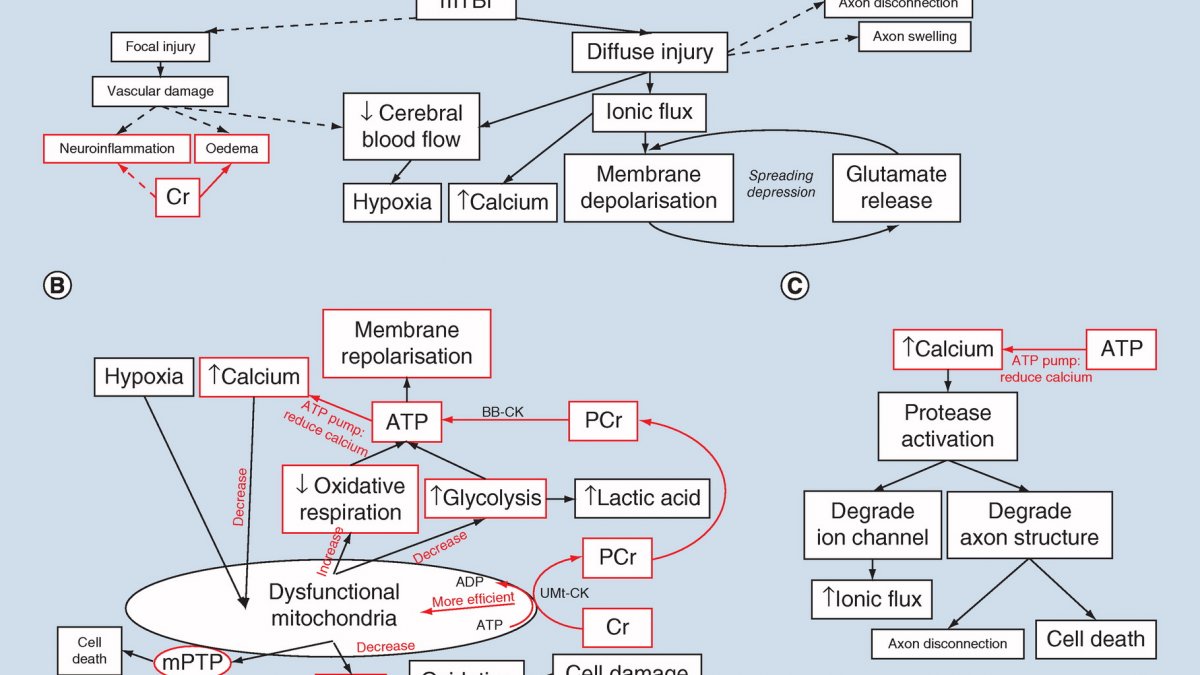 A model illustrating how structural, metabolic, functional changes may underlie cognitive problems and other symptoms after mTBI 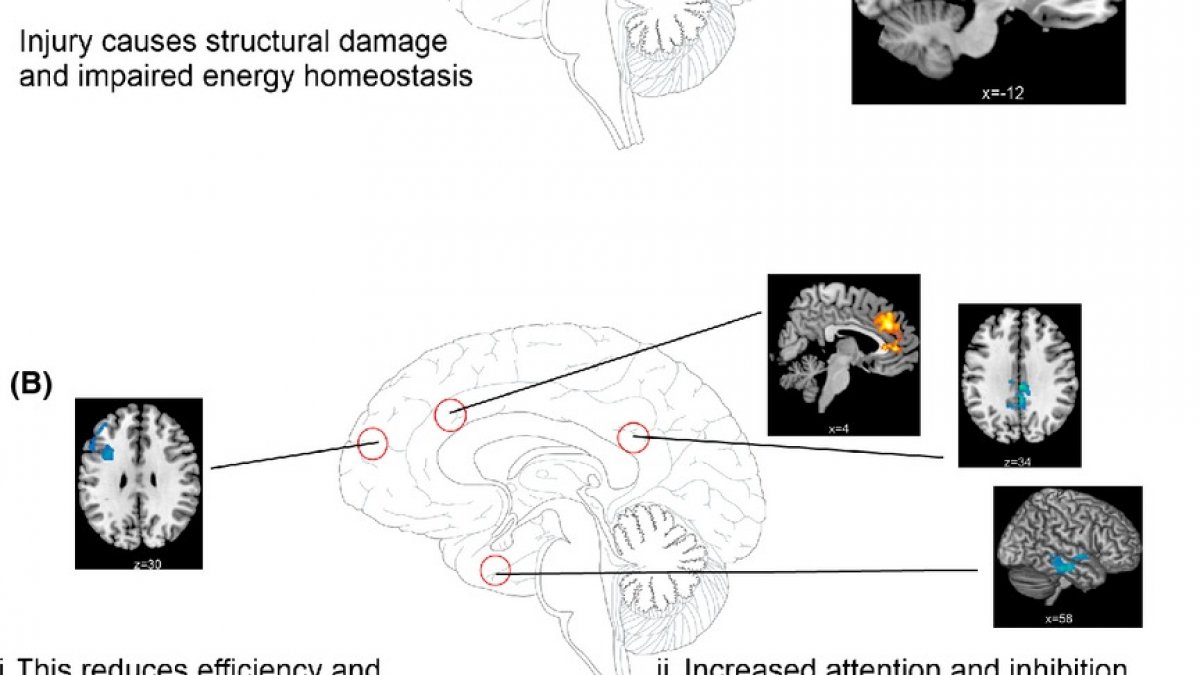 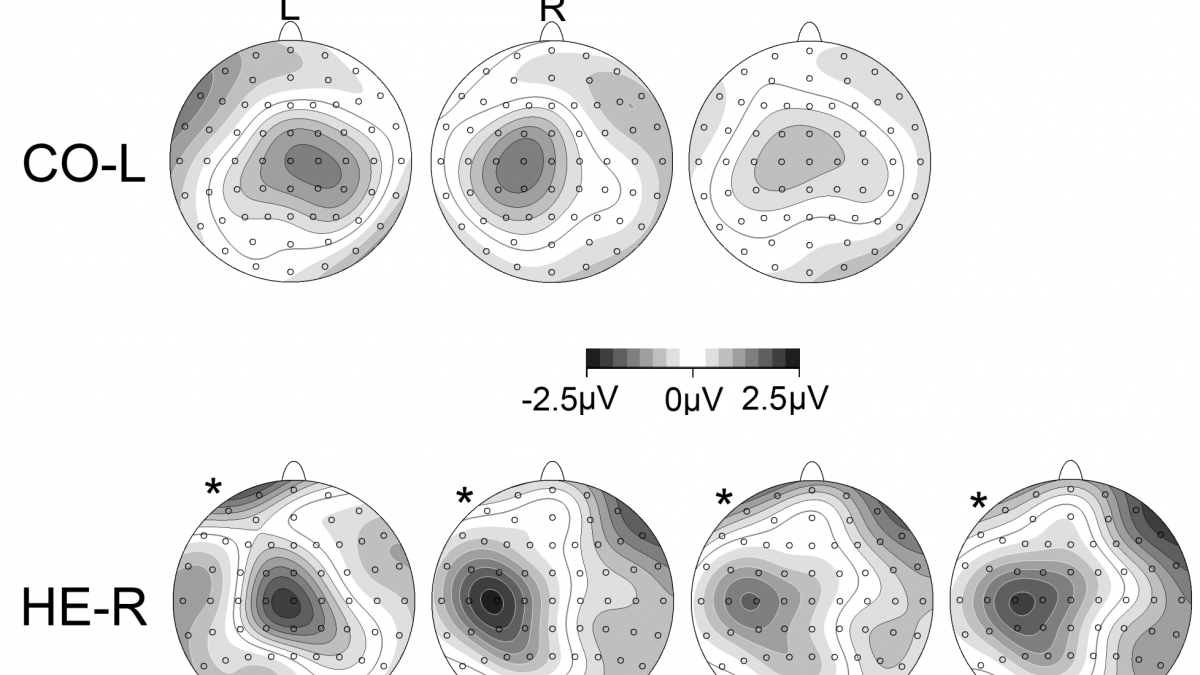 Chronic hemiplegia is a common long-term consequence of stroke, and subsequent motor recovery is often incomplete. Neurophysiological studies have focused on motor execution deficits in relatively high functioning patients. Much less is known about the influence exerted by processes related to motor preparation, particularly in patients with poor motor recovery.

The current study investigates motor preparation using a modified response-priming experiment in a large sample of patients (n = 50) with moderate-to-severe chronic hemiparesis. The behavioural results revealed that hemiparetic patients had an increased response-priming effect compared to controls, but that their response times were markedly slower for both hands. Patients also demonstrated significantly enhanced midline late contingent negative variation (CNV) during paretic hand preparation, despite the absence of overall group differences when compared to controls. Furthermore, increased amplitude of the midline CNV correlated with a greater response-priming effect. We propose that these changes might reflect greater anticipated effort to respond in patients, and consequently that advance cueing of motor responses may be of benefit in these individuals. We further observed significantly reduced CNV amplitudes over the lesioned hemisphere in hemiparetic patients compared to controls during non-paretic hand preparation, preparation of both hands and no hand preparation. Two potential explanations for these CNV reductions are discussed: alterations in anticipatory attention or state changes in motor processing, for example an imbalance in inter-hemispheric inhibition.

Overall, this study provides evidence that movement preparation could play a crucial role in hemiparetic motor deficits, and that advance motor cueing may be of benefit in future therapeutic interventions. In addition, it demonstrates the importance of monitoring both the non-paretic and paretic hand after stroke and during therapeutic intervention.

High-density electroencephalogram (EEG) was recorded during covert and overt actions. Movement preparation was studied with a motor priming paradigm, which varied task complexity and amount of advance information. Participants performed simple or complex sequential finger movements either overtly or covertly. Advance information was either fully predictive or partially predictive. Stimulus-locked event-related potential (ERP) data showed the typical pattern of foreperiod activation for overt and covert movements. The foreperiod contingent negative variation (CNV) differed between simple and complex movements only in the execution task. ERP topographies differed between execution and imagination only when advance information was fully predictive.
Conclusions/Significance

Results suggest a differential contribution of the movement preparation network to action imagination and execution. Overt and covert actions seem to involve similar though not identical mechanisms, where overt actions engage a more fine-grained modulation of covert preparatory states.