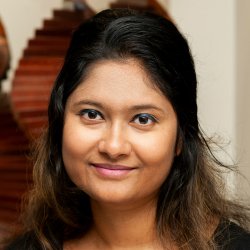 I am Reader in Media and Communication, in the Department of Sociology, at the University of Surrey, UK. I am a Media and Communications researcher, and I am interested in empirical and conceptual explorations of people's everyday engagement with various forms of media, and particularly emerging digital communication technologies. I have researched media audiences and users in numerous projects. My work has been funded by the Wellcome Trust, the British Academy and the Arts and Humanities Research Council. My recent work has focused on parenting, parenthood and technology, with a particular focus on health and wellbeing. 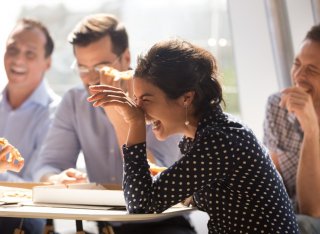 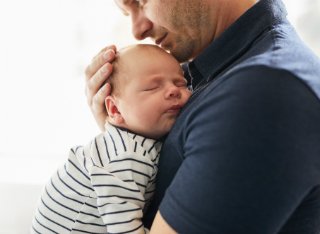 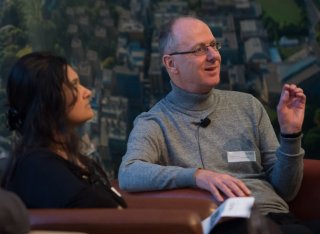 I have a longstanding interest in empirical explorations of people's everyday engagement with media and evolving communication technologies. Beginning with empirical work with media audiences of a range of formats and genres, I have developed a particular focus on everyday experiences of, and emerging literacies with networked technologies with a growing interest in newer interfaces including the IoT and datafication, more generally. This work is located within my ongoing interest in users and audiences in my past projects, spanning a variety of media genres.

My current work is positioned as an interdisciplinary and policy-relevant space where media technologies, sociology, communication and cultural studies interface with parenthood, health and well-being. In this space, I converge my interests in media and evolving technologies, motherhood and fatherhood, family relationships, e-health and parent/patient discussion platforms, public engagement with families and healthcare policy. Please see the publications section for details of my writing in this area. You can also find my blogs on the topic on the Surrey Sociology Departmental Blog.

Datafied Desires is a brand new project funded by the University of Surrey in 2019. It will conduct an evidence review and do original empirical work on the meanings, experiences and practices around 'desires' (multiple, fluid) in an age of data and datafication. Instead of beginning with top-down critiques of datafied structures, the project will look at people's lived, everyday experiences and emotion work around 'smart' sex- including smart sex toys, apps, and connected devices.

This project is a collaboration with Paul Hodkinson, and analyses in-depth, qualitative material on new fathers’ experiences of mental health difficulties after having a baby and, in particular, their use of online communications as part of their coping practices. Arising out of a project funded by the Faculty of Arts and Social Science at the University of Surrey that centred on in depth interviews with 15 fathers, we have produced 2 journal papers, quite a few blogs and are now beginning to write a book. Our book (under contract with Palgrave) plans to set out the intense difficulties men can endure in recognizing the nature of perinatal struggles and communicating with others about them, before going on to provide a detailed analysis of the complex and varied engagements they have with digital communications as part of their experience.

This is new Wellcome Trust funded project (2018-2019) where we have conducted interviews with South Asian migrant mothers and healthcare professionals on the challenges, complexities and roadblocks facing migrant mothers seeking to communicate about perinatal wellbeing. This project is a collaboration with Nadine Page from the Faculty of Health and Medical Sciences.

As part of this British Academy funded project I have interviewed mothers and healthcare professionals, and collected online data, on the ways in which women make use of the internet in the perinatal period. This work has been published as numerous journal articles and blogs, and is shortly due out as my monograph titled Early Motherhood in Digital Societies, with Routledge.

I have recently directed CEDAR - a 29 member team which conducted a foresight analysis exercise on the future of audiences' engagement with media technologies in the context of the IOT and datafication in 2030. This work was funded by the AHRC, UK, and has led to a range of publications, including the book The Future of Audiences: A Foresight Analysis of Interfaces and Engagement with Palgrave Macmillan (jointly edited with Brita Ytre-Arne).

With my colleague Anne Graefer, we conducted fieldwork in Britian and Germany to investigate people's responses to media content they find 'offensive'. This work has been published as various articles, and our book Provocative Screens: Offended Audiences in Britain and Germany with Palgrave.

My teaching in the Department is entirely devoted to compulsory modules in Media and Communication, where I teach on topics directly related to my research interests and expertise. For the forthcoming future, subject to any last minute changes my teaching portfolio includes -

Doctoral Supervision: I have supervised/am currently supervising and/or involved in supervisory teams dealing with topics related to LGBTQ Dating Apps, very young audiences, political audiences, television and soap opera audiences, media representations of students etc. I welcome PhD applications on any topics that deal with digital societies, media and communication technologies, media audiences and users. Other topics might also be of interest, in which case, please do get in touch with me.

This book analyses in-depth, qualitative material on new fathers’ experiences of mental health difficulties after having a baby and, in particular, their use of online communications as part of their coping practices. Arising out of a project funded by the Faculty of Arts and Social Science at the University of Surrey that centred on in depth interviews with 15 fathers, at the heart of the book are the ways discourses of masculinity and fatherhood can exacerbate fathers’ difficulties and prevent them from communicating with others, and the extent to which social media may provide opportunities to negotiate, escape from or contest such discourses through engaging with information and others, disclosing struggles and seeking support. We examine the digital mediation of emotions around paternal mental health, the emergence of new, networked paternal intimacies, and new forms of connection and disconnection which shape, resource, and potentially empower fathers communicating about mental health.

Early Motherhood in Digital Societies offers a nuanced understanding of what the digital turn has meant for new mothers in an intense and critical period before and after they have a baby, often called the ‘perinatal’ period. The book looks at an array of digital communication and content by drawing on an extensive research project involving in-depth interviews with new mothers in the United Kingdom and online case studies. The book asks: what does the use of technology mean in the perinatal context and what implications might it have for maternal wellbeing? The book argues for a balanced and context-sensitive approach to the digital in the context of perinatality and maternal wellbeing in the critical perinatal period.

Das, R. & Ytre-Arne, B. (2018). The future of audiences: A foresight analysis of interfaces and engagement. London: Palgrave Macmillan

This book brings together contributions from scholars across Europe to present findings from a foresight analysis exercise on audiences and audience analysis, looking towards an increasingly datafied world. The book uses knowledge emerging out of three foresight exercises, produced in cooperation with more than 50 stake-holding organisations and building on systematic reviews of audience research, to arrive at a renewed agenda for audience studies.

This book offers a nuanced understanding of ‘offensive’ television content by drawing on an extensive research project, involving in-depth interviews and focus groups with audiences in Britain and Germany. Provocative Screens asks: what makes something really offensive and to whom in what context? Why it offence felt so differently? And how does offensive content matter in public life, regulation, and institutional understandings?