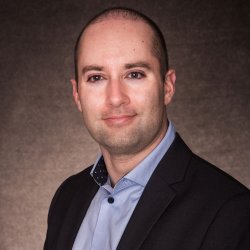 Roman received his Bachelor's and Master's Degree in Computational Science and Engineering from ETH Zuerich, Switzerland. Afterwards, he did his doctoral studies at the Institute for Neuroinformatics (INI) at ETH Zürich and University of Zürich, working on simulations of cortical development. He then joined Newcastle University in September 2013 as a postdoctoral research associate and afterwards started his MRC fellowship project in September 2016 as an independent principal investigator. In June 2018 he took up an EPSRC UKRI Innovation Fellowship at the School of Computing and a joint affiliation with the Institute of Genetic Medicine, both at Newcastle University. In August 2020 he then became a lecturer at the Department of Computer Science, University of Surrey.

Born to die young: The early death of nerve cells is crucial to form healthy brains

Roman Bauer's research focus on the computational modelling and analysis of biological dynamics, in particular those of the brain. He devises and analyses computational and statistical models of how tissue evolves (e.d. during development, degeneration or other types of processing, e.g. cryopreservation), in order to better understand the system dynamics. These models incorporate the interaction between cellular processes and physical laws of the extracellular environment. Since such a detailed approach can be very demanding from a computational point of view, his research also involves modern computing approaches and IT-related collaboration.