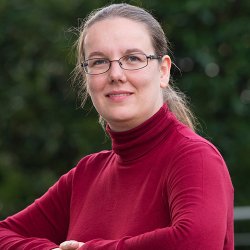 I am a lecturer in food science in the department of Nutritional Sciences. My research interests are based on plant polysaccharides and their direct and indirect nutritional effects. I originally studied chemistry, but have gradually moved towards food science and nutrition, via plant biology.

My research interests are based on plant polysaccharides and their direct and indirect nutritional effects. I am applying this knowledge to a wide range of projects involving industrial and academic partners.

The effects of almond nut consumption on emerging markers of cardiovascular and metabolic disease
Morbidity from cardiovascular disease (CVD) and diabetes is increasing, at huge cost to quality of life and national economies. Snack choices are one particular area of diet and lifestyle modification which has the potential to positively influence CVD risk by changing dietary patterns. previously shown to reduce some CVD risk factors when consumed at 50-60g per day. This proposal aims to provide mechanistic insights into the  in adults at moderate risk of developing CVD. In collaboration with King's College London, funded by the Almond Board of California.
Almonds are a high-fat, low-glycaemic, and nutrient-dense food which have been CVD risk factor lowering observations
Ostoeat - Improving the food-related quality of life of ileostomy patients
Ileostomy patients often experience discomfort when eating foods containing fibre. The relationship between the type of fibre that causes problems, and how it behaves during digestion has not been investigated systematically. This project aims to combine responses to an online questionnaire and lab-based analyses to underpin improved guidance to patients.
Particle sizing of masticated tree nuts - predicting lipid release
The release of starch and lipid from plant foods in the gut (bioaccessibility) plays an important role in influencing starch and lipid digestion, postprandial metabolism and gut hormone signalling. This project is aiming to validate the mathematical model developed within the BBSRC DRINC project in tree nuts other than almonds. Poor initial lipid bioaccessibility may explain their lower than expected metabolisable energy content.

I have taught food science to undergraduate students for the last 6 years, first at King's College London and now at the University of Surrey. I supervise undergraduate and postgraduate projects related to food science, often involving new product development. I am an Associate Fellow of the Higher Education Academy. To see me during office hours, please email me for an appointment.

Edwards CH, Grundy MM, Grassby T, Vasilopoulou D, Frost GS, Butterworth PJ, Berry SE, Sanderson J, Ellis PR (2015) Manipulation of starch bioaccessibility in wheat endosperm to regulate starch digestion, postprandial glycemia, insulinemia, and gut hormone responses: a randomized controlled trial in healthy ileostomy participants., The American journal of clinical nutrition 102 (4) pp. 791-800
Cereal crops, particularly wheat, are a major dietary source of starch, and the bioaccessibility of starch has implications for postprandial glycemia. The structure and properties of plant foods have been identified as critical factors in influencing nutrient bioaccessibility; however, the physical and biochemical disassembly of cereal food during digestion has not been widely studied.The aims of this study were to compare the effects of 2 porridge meals prepared from wheat endosperm with different degrees of starch bioaccessibility on postprandial metabolism (e.g., glycemia) and to gain insight into the structural and biochemical breakdown of the test meals during gastroileal transit.A randomized crossover trial in 9 healthy ileostomy participants was designed to compare the effects of 55 g starch, provided as coarse (2-mm particles) or smooth (
Grassby T, Edwards CH, Grundy M, Ellis PR (2013) Functional Components and Mechanisms of Action of ?Dietary Fibre? in the Upper Gastrointestinal Tract: Implications for Health, In: Harding SE (eds.), Stability of Complex Carbohydrate Structures Biofuels, Foods, Vaccines and Shipwrecks 4 pp. 36-55 Royal Society of Chemistry
DOI: 10.1039/9781849735643-00036
Dietary fibre is a generic term for a chemically diverse group of carbohydrates that are resistant to endogenous enzymes of the human digestive tract. The major component of dietary fibre consists of plant cell walls, which are supramolecular structures, composed of complex heterogeneous networks of cellulose, hemicelluloses and pectic substances. The amounts and relative proportions of these carbohydrates vary depending on the type and maturity of the plant tissue. Some plant cell walls, especially those from leguminous seeds, are rich in water-soluble non-starch polysaccharides (NSP).

Intact plant cell walls and NSP affect the rate and extent of nutrient digestion, with important implications for health and disease. Certain types of fibre reduce the rate of starch digestion, which in turn can significantly attenuate the postprandial rise in blood glucose and insulin concentrations. This is potentially beneficial in the prevention and treatment of diseases, including diabetes mellitus and cardiovascular disease. However, the mechanisms of action of NSP in relation to the digestive process are still not well understood. They are thought to include formation of viscous solutions, encapsulation of nutrients and inhibition of digestive enzymes.

These mechanisms are illustrated using specific examples. Oat ²-glucan is used to show the effects of various processing techniques on ²-glucan molecular weight, and hence viscosity, on risk factors for diabetes and cardiovascular disease. Evidence for guar galactomannan acting as an inhibitor of ±-amylase, in addition to forming viscous solutions, is presented. Finally, the effect of intact plant cell walls on the bioaccessibility of nutrients is discussed.

The proportion of lipid released during mastication of nuts is strongly influenced by particle size, due to natural encapsulation of the lipid by the walls of intact cells. The cell walls may act as barriers to digestion and may partially explain why nuts have reduced metabolizable energy versus the energy content predicted by Atwater factors. The lipid released from masticated nuts can be calculated using a mathematical model which has the cell diameter and the particle size distribution (PSD) of the bolus as variables. This study measured the cell size and PSD of four tree nuts (raw cashews, raw walnuts, roasted pistachios and raw Brazil nuts) to predict the lipid released due to their mastication.

To predict the proportion of lipid released from masticated tree nuts, using measurements of cell size and PSD of masticated tree nuts (including cashews, walnuts, pistachios and Brazil nuts). To compare the results for these nuts to those already published for almonds.

Transverse and longitudinal sections were cut from each nut (including almonds) and micrographs processed using image analysis software to calculate the average cell diameter. Two randomized, un-blinded, cross-over trials were conducted. In each trial, 10 healthy volunteers attended two sessions, at which they chewed eight samples of a randomly allocated nut. For determination of PSDs, the expectorated boluses were sieved (2 boluses) or analyzed by laser diffraction (2 boluses). Initial lipid release was then predicted using the mathematical model.

All of the five nuts had predicted lipid releases of less than 18%, which would be expected to attenuate postprandial lipemia and total nutrient availability relative to that expected due to their total lipid content. Due to their higher lipid content and predicted lipid release, walnuts and Brazil nuts (after mastication) are likely to release more fat on mastication than the other nuts tested.

Ellis P, Grundy M, Grassby Terri, Mandalari G, Faulks R, Berry S, Waldron K, Butterworth P (2012) The role of dietary fiber in regulating lipid bioaccessibility of almonds during mastication, The FASEB Journal 26 (Sup 1) Federation of American Society of Experimental Biology
Almonds contain phytochemicals and nutrients that potentially have positive health benefits in relation to heart disease, diabetes and obesity. One important mechanism associated with these benefits is the bioaccessibility (release) of lipids from the almond tissue during mastication and digestion. Indeed, it has been reported that in human subjects on almond-rich diets, a significant proportion of lipid remains undigested, mainly caused by the entrapment of lipid by intact cell walls (dietary fiber). However, the bioaccessibility of almond lipid has not yet been quantified. We have studied this by performing a mastication trial in healthy human volunteers (n = 15). The particle size distribution of chewed almonds was measured using mechanical sieving and laser diffraction methods. Lipid release from ruptured almond cells was estimated using a theoretical model based on the particle size of the chewed almond tissue and the diameter of the lipid-rich cells. Our results showed that laser diffraction was the most reliable and efficient method. Lipid release from masticated almonds was estimated to be ~30% of total lipid and originated from the ruptured cells of the fractured tissue. This indicates that the majority of almond lipid is unavailable for the early stages of digestion. Further work will extend to studies of lipid release and digestion at more distal sites of the gastrointestinal tract
Grassby T, Wagner L, Beckett S, Hall W, Berry S (2015) Predicting initial lipid release from masticated cashews and walnuts using mathematical modelling, Annals of Nutrition and Metabolism 67 (Sup 1) Karger Publishers
Abstract 149/1077 (Poster)
Grassby T (2008) Phenolics and phenolic-polysaccharide linkages in Chinese water chestnut (Eleocharis dulcis) cell walls,
Mandalari G, Parker M, Grundy M, Grassby T, Smeriglio A, Bisignano C, Raciti R, Trombetta D, Baer D, Wilde P (2018) Understanding the Effect of Particle Size
and Processing on Almond Lipid Bioaccessibility
through Microstructural Analysis: From Mastication
to Faecal Collection, Nutrients 10 (2) 213 MDPI
DOI: 10.3390/nu10020213
We have previously reported on the low lipid bioaccessibility from almond seeds during
digestion in the upper gastrointestinal tract (GIT). In the present study, we quantified the lipid released
during artificial mastication from four almond meals: natural raw almonds (NA), roasted almonds
(RA), roasted diced almonds (DA) and almond butter from roasted almonds (AB). Lipid release after
mastication (8.9% from NA, 11.8% from RA, 12.4% from DA and 6.2% from AB) was used to validate
our theoretical mathematical model of lipid bioaccessibility. The total lipid potentially available
for digestion in AB was 94.0%, which included the freely available lipid resulting from the initial
sample processing and the further small amount of lipid released from the intact almond particles
during mastication. Particle size distributions measured after mastication in NA, RA and DA showed
most of the particles had a size of 1000 µm and above, whereas AB bolus mainly contained small
particles ( DA and AB confirmed that some lipid in NA, RA and DA remained encapsulated within the plant
tissue throughout digestion, whereas almost complete digestion was observed in the AB sample.
We conclude that the structure and particle size of the almond meals are the main factors in regulating
lipid bioaccessibility in the gut.
Grassby Terri (2012) Plant cell walls as barriers to nutrient bioaccessibility in model plant foods,
Grassby Terri (2015) Plant cell walls as barriers to nutrient bioaccessibility in model plant foods,
Seven project update posters
Grassby T (2014) Using almonds as ingredients: predicting lipid release from particle size,
Grassby Terri (2013) Plant cell walls as barriers to nutrient bioaccessibility in model plant foods,
Series of five project update presentations
Grassby T (2012) Non-Digestible Polysaccharides in the Human Diet: from Farm to Pharmacy,
Grassby T (2012) Particle size reduction during physiological processing of almonds, and its effects on predicted lipid release,
Grassby T (2015) Plant cell walls, food processing, and their effects on health,
Grassby T (2014) The effect of changing wheat particle size on human post-prandial metabolism and degree of starch digestion,