HedgeDATE: Hedge design for the abatement of traffic emissions

The many positive aspects of green infrastructure (GI), such as trees and hedges, for public health are evident. Appropriately designed and managed hedges, in particular, can act as a barrier between pedestrians and traffic emissions. Greening cities for healthier urban living is considered to be a priority in many cities worldwide, but guidelines for the deployment of GI in urban areas remain unclear for the general public, urban planners, and other stakeholders. The development and dissemination of clear and freely accessible advice on GI implementation, in a format that utilises contemporary means of information-sharing, can only be addressed through a multidisciplinary approach.

The aim of the HedgeDATETM project is to establish an interdisciplinary, university-wide alliance to refine and disseminate compendious advice on GI implementation for improved air quality. In particular, we will design and construct a web-based application that will incorporate Surrey-led research findings on GI design for air pollution abatement, and which end-users can consult for context- and species-specific advice in the form of output data, based upon user-directed input data (e.g. planting space, distance from road, road classification, etc).

Some of our immediate objectives are to:

HedgeDATETM is funded by the University of Surrey’s Urban Living Award. 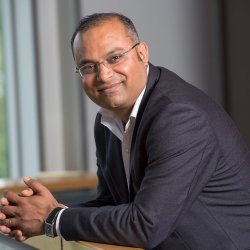 Clinical Reader in Diabetes and Endocrinology – School of Biosciences and Medicine

HedgeDATE et al., 2019. The development of HedgeDATE (Hedge Design for the Abatement of Traffic Emissions). In Progress.