What is quantum biology?

Recent research has established that quantum mechanics plays a key role in biological processes such as photosynthesis, respiration, enzyme action, olfaction, bird navigation, mutation and maybe even the way we think. Quantum biology is the study of these quantum underpinnings of biology, and its advance requires a new generation of scientists who can work across discipline boundaries.​

​The Centre has access to resources at the University of Surrey’s Innovation for Health (IFH) facilities and Advanced Technology Institute (ATI),

In partnership with the National Physical Laboratory and the University of Strathclyde, we support PhD students in their research into the realm of quantum mechanics and chemistry in biological processes.​

The Leverhulme QB-DTC is led by Johnjoe McFadden (Director), Professor of Molecular Genetics, and Jim Al-Khalili (co-Director), Professor of Physics. Both academics are at the forefront of this emerging field and co-wrote the first popular science book on the subject, Life on the Edge: The Coming of Age of Quantum Biology, which was published in 2014. 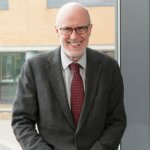 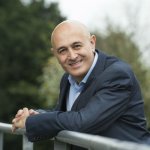 Jim Al-Khalili OBE FRS is a theoretical physicist at the University of Surrey where he holds a Distinguished Chair in physics as well as a university chair in the public engagement in science. He received his PhD in theoretical nuclear physics from Surrey in 1989 and then spent two years as an SERC Postdoctoral Research Fellow at University College London before returning to Surrey in 1991. He was appointed lecturer in 1992 and, in 1994, was awarded an EPSRC Advanced Research Fellowship for five years during which time he established himself as a world leading authority on nuclear reaction theory of light exotic nuclei, publishing widely. Following this he reverted to a full-time lectureship in the Department at Surrey. He was elected Fellow of the Institute of Physics in 2000 and promoted to Senior Lecturer in 2001. He was promoted to professor of physics in 2005. He has published over a hundred papers in nuclear physics, quantum mechanics and quantum biology and has supervised 19 PhD students.

Jim is also a prominent author and broadcaster. He has written 14 books on popular science and the history of science, between them translated into twenty-six languages. His latest book, The World According to Physics, was shortlisted for the Royal Society Book Prize. He is a regular presenter of TV science documentaries, such as the Bafta nominated Chemistry: a volatile history, and he hosts the long-running weekly BBC Radio 4 programme, The Life Scientific.

Despite his profile as a public scientist, Jim has continued to teach undergraduate physics students in an unbroken run of 29 years. He is also still research active, with five current PhD students working on different aspects of quantum mechanics and open quantum systems and is co-director of the Leverhulme Doctoral Training Centre for Quantum Biology and Director of the Quantum Foundations Centre at Surrey.

Jim is a past president of the British Science Association and a recipient of the Royal Society's Michael Faraday medal and the Wilkins-Bernal-Medawar Medal, the Institute of Physics Kelvin Medal and the Stephen Hawking Medal for Science Communication. He received an OBE in 2007 for ‘services to science’.