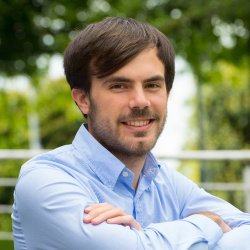 Addari Gianmarco, Guillemaut Jean-Yves (2019)An MRF Optimisation Framework for Full 3D Helmholtz Steropsis, In: Proceedings of the 14th International Joint Conference on Computer Vision, Imaging and Computer Graphics Theory and Applications Institute for Systems and Technologies of Information, Control and Communication (INSTICC)
Accurate 3D modelling of real world objects is essential in many applications such as digital film production and cultural heritage preservation. However, current modelling techniques rely on assumptions to constrain the problem, effectively limiting the categories of scenes that can be reconstructed. A common assumption is that the scene’s surface reflectance is Lambertian or known a priori. These constraints rarely hold true in practice and result in inaccurate reconstructions. Helmholtz Stereopsis (HS) addresses this limitation by introducing a reflectance agnostic modelling constraint, but prior work in this area has been predominantly limited to 2.5D reconstruction, providing only a partial model of the scene. In contrast, this paper introduces the first Markov Random Field (MRF) optimisation framework for full 3D HS. First, an initial reconstruction is obtained by performing 2.5D MRF optimisation with visibility constraints from multiple viewpoints and fusing the different outputs. Then, a refined 3D model is obtained through volumetric MRF optimisation using a tailored Iterative Conditional Modes (ICM) algorithm. The proposed approach is evaluated with both synthetic and real data. Results show that the proposed full 3D optimisation significantly increases both geometric and normal accuracy, being able to achieve sub-millimetre precision. Furthermore, the approach is shown to be robust to occlusions and noise.