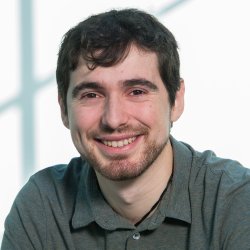 Schrom Edward C, Prada Joaquin, Graham Andrea L (2017) Immune Signaling Networks: Sources of Robustness and Constrained Evolvability during Coevolution, Molecular Biology and Evolution 35 (3) pp. 676-687 Oxford University Press (OUP)
DOI: 10.1093/molbev/msx321
Defense against infection incurs costs as well as benefits that are expected to shape the evolution of optimal defense strategies. In particular, many theoretical studies have investigated contexts favoring constitutive versus inducible defenses. However, even when one immune strategy is theoretically optimal, it may be evolutionarily unachievable. This is because evolution proceeds via mutational changes to the protein interaction networks underlying immune responses, not by changes to an immune strategy directly. Here, we use a theoretical simulation model to examine how underlying network architectures constrain the evolution of immune strategies, and how these network architectures account for desirable immune properties such as inducibility and robustness. We focus on immune signaling because signaling molecules are common targets of parasitic interference but are rarely studied in this context. We find that in the presence of a coevolving parasite that disrupts immune signaling, hosts evolve constitutive defenses even when inducible defenses are theoretically optimal. This occurs for two reasons. First, there are relatively few network architectures that produce immunity that is both inducible and also robust against targeted disruption. Second, evolution toward these few robust inducible network architectures often requires intermediate steps that are vulnerable to targeted disruption. The few networks that are both robust and inducible consist of many parallel pathways of immune signaling with few connections among them. In the context of relevant empirical literature, we discuss whether this is indeed the most evolutionarily accessible robust inducible network architecture in nature, and when it can evolve.
Prada Joaquin, Touloupou Panayiota, Adriko Moses, Tukahebwa Edridah M., Lamberton Poppy H. L., Hollingsworth T. Déirdre (2018) Understanding the relationship between egg- and antigen-based diagnostics of Schistosoma mansoni infection pre- and post-treatment in Uganda, Parasites & Vectors 11 (21) pp. 1-8 BioMed Central
DOI: 10.1186/s13071-017-2580-z

Schistosomiasis is a major socio-economic and public health problem in many sub-Saharan African countries. After large mass drug administration (MDA) campaigns, prevalence of infection rapidly returns to pre-treatment levels. The traditional egg-based diagnostic for schistosome infections, Kato-Katz, is being substituted in many settings by circulating antigen recognition-based diagnostics, usually the point-of-care circulating cathodic antigen test (CCA). The relationship between these diagnostics is poorly understood, particularly after treatment in both drug-efficacy studies and routine monitoring.

We created a model of schistosome infections to better understand and quantify the relationship between these two egg- and adult worm antigen-based diagnostics. We focused particularly on the interpretation of ?trace? results after CCA testing. Our analyses suggest that CCA is generally a better predictor of prevalence, particularly after treatment, and that trace CCA results are typically associated with truly infected individuals.

Even though prevalence rises to pre-treatment levels only six months after MDAs, our model suggests that the average intensity of infection is much lower, and is probably in part due to a small burden of surviving juveniles from when the treatment occurred. This work helps to better understand CCA diagnostics and the interpretation of post-treatment prevalence estimations.