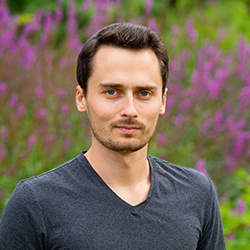 I am a 3rd year PhD student at the Centre for Vision, Speech and Signal Processing (CVSSP), under the supervision of Wenwu Wang and Mark Plumbley.

My research interests include sparse decomposition and dictionary learning for various inverse problems in signal processing, such as denoising, inpainting or declipping. More generally, I am interested in matrix factorization, sparse/low-rank decomposition, statistical learning and optimization, with application to signal processing.

You can find more details on my personal webpage: http://www.cvssp.org/Personal/LucasRencker/