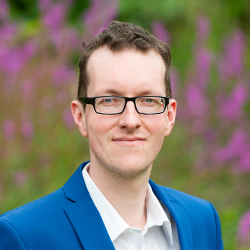 Shere Matthew, Kim Hansung, Hilton Adrian (2020)3D MULTI PERSON TRACKING WITH DUAL 360°CAMERAS, In: IEEE International Conference on Image Processing
Person tracking is an often studied facet of computer vision, with applications in security, automated driving and entertainment. However, despite the advantages they offer, few current solutions work for 360° cameras, due to projection distortion. This paper presents a simple yet robust method for 3D tracking of multiple people in a scene from a pair of 360° cameras. By using 2D pose information, rather than potentially unreliable 3D position or repeated colour information, we create a tracker that is both appearance independent as well as capable of operating at narrow baseline. Our results demonstrate state of the art performance on 360° scenes, as well as the capability to handle vertical axis rotation.