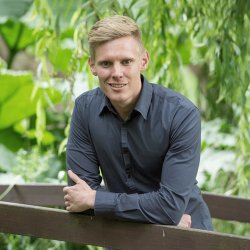 This project is in partnership with IKEA UK and Ireland's Live LAGOM Project.

Elf Patrick, Gatersleben Birgitta, Christie Ian (2019) Facilitating Positive Spillover Effects: New Insights From a Mixed-Methods Approach Exploring Factors Enabling People to Live More Sustainable Lifestyles,Frontiers in Psychology92699 Frontiers Media
DOI: 10.3389/fpsyg.2018.02699
Positive spillover occurs when changes in one behavior influence changes in subsequent behaviors. Evidence for such spillover and an understanding of when and how it may occur are still limited. This paper presents findings of a 1-year longitudinal behavior change project led by a commercial retailer in the United Kingdom and Ireland to examine behavior change and potential spillover of pro-environmental behavior, and how this may be associated with changes in environmental identity and perceptions of ease and affordability as well as perceptions of how participation in the project has helped support behavior change. We draw on both quantitative and qualitative data. Study 1 examines quantitative data from the experimental and a matched control group. Study 2 reports qualitative findings from a follow up interview study with participants of the experimental group. As expected, we found significant changes in reported pro-environmental behavior and identity in the experimental group as well as some indications of behavioral spillover. These changes were not significantly associated with changes in environmental identity. The interviews suggested that group dynamics played an important role in facilitating a sense of efficacy and promoting sustained behavior change and spillover. Moreover, the support by a trusted entity was deemed to be of crucial importance.
Elf Patrick (2020) Supporting sustainable lifestyle change: an evaluation of IKEA?s Live Lagom project,
DOI: 10.15126/thesis.00853736
A shift towards sustainable lifestyles is considered to be a major element in the societal effort to decarbonise and avoid potentially disastrous climate change. Often this has been framed as the responsibility of individuals. At the same time, it seems clear that companies have an important role to play in the transition towards a sustainable world. The results and the potential role of a company of enabling citizens to move towards more sustainable lifestyles have been rarely studied in depth. This research aims to fill that gap by focusing on the examination of IKEA?s Live Lagom project. It explored the barriers to, and enabling factors for sustainable lifestyles at home. During a first phase that used an exploratory sequential design, the research confirmed the complexity of barriers and enabling factors. Initial findings indicated that a process of building a shared identity emerged and led to a strengthened motivation to enact further pro-environmental behaviours (i.e. the spillover hypothesis). These results were the basis for a second, explanatory phase which used an explanatory sequential design with a focus on quantitative data. The important role of a pro-environmental identity for the enactment of pro-environmental behaviours was confirmed, and a positive correlation between both was found. However, this was only significant for behaviours that were enacted at home. Additional qualitative evidence suggest that (pro-environmental) behaviour change as well as behavioural spillovers are not a linear process but rather follow a path of ?adaptive muddling? (Kaplan, 1990; De Young & Kaplan, 2012) in which a number of possible behaviours are tested in smaller projects. The outcomes suggest that through the support of IKEA operating as a Lifestyle Change Support System this process can be nurtured and potentially accelerated which is necessary in the light of the urgency of adapting less environmental destructive lifestyles. Following a bottom-up approach using empirical evidence from the Live Lagom project as well as a top-down approach that draws on existing literature from across the social sciences, a new framework was developed linking capabilities for living sustainably and commitments that bind individuals and companies alike to a course of action. This framework, Capabilities and Commitments, highlights the need to attend to structural factors as well as individual-level factors when trying to change unsustainable behaviours and lifestyles. The framework is supplemented by a set of nine design principles for corporate interventions for promoting sustainable lifestyles, based on insights from the Live Lagom project.