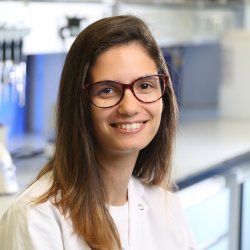 Winsky-Sommerer Raphaelle, de Oliveira Paula, Loomis Sally, Wafford Keith, Dijk Derk-Jan, Gilmour Gary (2019) Disturbances of sleep quality, timing and structure and their relationship with other neuropsychiatric symptoms in Alzheimer?s disease and schizophrenia: Insights from studies in patient populations and animal models,Neuroscience & Biobehavioral Reviews97pp. 112-137 Elsevier
DOI: 10.1016/j.neubiorev.2018.09.027
The high prevalence of sleep disturbance in neurodegenerative and psychiatric conditions is often interpreted as evidence for both sleep?s sensitivity to and causal involvement in brain pathology. Nevertheless, how and which aspects of sleep contribute to brain function remains largely unknown. This review provides a critical evaluation of clinical and animal literature describing sleep and circadian disturbances in two distinct conditions and animal models thereof: Alzheimer?s disease (AD) and schizophrenia. Its goal is to identify commonalities and distinctiveness of specific aspects of sleep disturbance and their relationship to symptoms across conditions. Despite limited standardisation, data imply that reductions in sleep continuity and alterations in sleep timing are common to AD and schizophrenia, whereas reductions in REM sleep and sleep spindle activity appear more specific to AD and schizophrenia, respectively. Putative mechanisms underlying these alterations are discussed. A standardised neuroscience based quantification of sleep and disease-independent assessment of symptoms in patients and animal models holds promise for furthering the understanding of mechanistic links between sleep and brain function in health and disease.