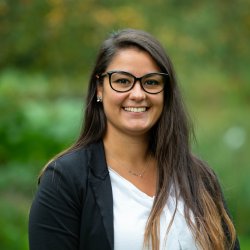 The project aims at establishing the intercellular regulation of circadian cycles between the two cellular components of the capillaries (endothelial cells-EC and pericytes) and investigating its regulation. In a related but independent approach, this project will investigate the contribution of the circadian rhythm in revascularization of scaffolds for tissue engineering.

Mastrullo Valeria, Cathery William, Velliou Eirini, Madeddu Paolo, Campagnolo Paola (2020) Angiogenesis in Tissue Engineering: As Nature Intended?,Frontiers in Bioengineering and Biotechnology Frontiers Media
DOI: 10.3389/fbioe.2020.00188
Despite the steady increase in the number of studies focusing on the development of
tissue engineered constructs, solutions delivered to the clinic are still limited. Specifically,
the lack of mature and functional vasculature greatly limits the size and complexity of
vascular scaffold models. If tissue engineering aims to replace large portions of tissue
with the intention of repairing significant defects, a more thorough understanding of the
mechanisms and players regulating the angiogenic process is required in the field. This
review will present the current material and technological advancements addressing the
imperfect formation of mature blood vessels within tissue engineered structures.
Cheung Yin P., Mastrullo Valeria, Maselli Davide, Butsabong Teemapron, Madeddu Paolo, Maringer Kevin, Campagnolo Paola (2020) A Critical Role for Perivascular Cells in Amplifying Vascular Leakage Induced by Dengue Virus Non-Structural Protein 1,mSphere American Society for Microbiology
Dengue is the most prevalent arthropod-borne viral disease affecting humans, with
severe dengue typified by potentially fatal microvascular leakage and hypovolaemic shock.
Blood vessels of the microvasculature are composed of a tubular structure of endothelial cells
ensheathed by perivascular cells (pericytes). Pericytes support endothelial cell barrier
formation and maintenance through paracrine and contact-mediated signalling, and are critical
to microvascular integrity. Pericyte dysfunction has been linked to vascular leakage in
noncommunicable pathologies such as diabetic retinopathy, but has never been linked to
infection-related vascular leakage. Dengue vascular leakage has been shown to result in part
from the direct action of the secreted dengue virus (DENV) non-structural protein NS1 on
endothelial cells. Using primary human vascular cells, we show here that NS1 also causes
pericyte dysfunction, and that NS1-induced endothelial hyperpermeability is more pronounced
in the presence of pericytes. Notably, NS1 specifically disrupted the ability of pericytes to
support endothelial cell function in a 3D microvascular assay, with no effect on pericyte viability
or physiology. These effects are mediated at least in part through contact-independent
paracrine signals involved in endothelial barrier maintenance by pericytes. We therefore
identify a role for pericytes in amplifying NS1-induced microvascular hyperpermeability in
severe dengue, and thus show that pericytes can play a critical role in the aetiology of an
infectious vascular leakage syndrome. These findings open new avenues of research for the
development of drugs and diagnostic assays for combating infection-induced vascular
leakage, such as severe dengue.