Electrons in so called topological superconductors, as well as lattices of interacting qubits, are predicted to undergo topological phase transitions in certain conditions. The ground state of these systems can be used to store and protect quantum information.

Circuits are called hybrid when topological superconductors interact with conventional superconducting circuits, in order to interface and manipulate the stored quantum information.

Here we propose a method to detect signatures of Majorana fermions in hybrid devices by employing the sensitive apparatus of the superconducting charge-qubit architecture and its efficient coupling to microwave photons. In the charge and transmon regimes of this device, we find robust signatures of the underlying Majorana fermions that are, remarkably, not washed out by the smallness of the Majorana contribution to the Josephson current.

It is predicted that at special gate bias points the photon-qubit coupling can be switched off via quantum interference, and in other points it is exponentially dependent on the control parameter EJ/EC. We propose that this device could be used to manipulate the quantum state of the Majorana fermion and realize a tunable high coherence four-level system in the superconducting-circuit architecture.

Also see: Detailed analysis of the Majorana-Transmon coupled to a microwave resonator in the strong coupling regime Phys. Rev. B 92, 075143 (2015), and symmetry protected topological states arising in the strong inter-qubit regime in a spin chain Phys. Rev. B 96, 085121 (2017).

The influence of coherent electron tunnelling between Majorana states on the transmon spectrum.

(a) Schematic representative the bare eigenstates for the two parity states (depicted at the left and right potential wells) that are coherently mixed to form superposition states that constitute energy doublets (middle section). Tunable microwave couplings between the states (indicated by arrows) realize a double-L system. The various optical transition strengths can be controlled by varying either EJ or ng. 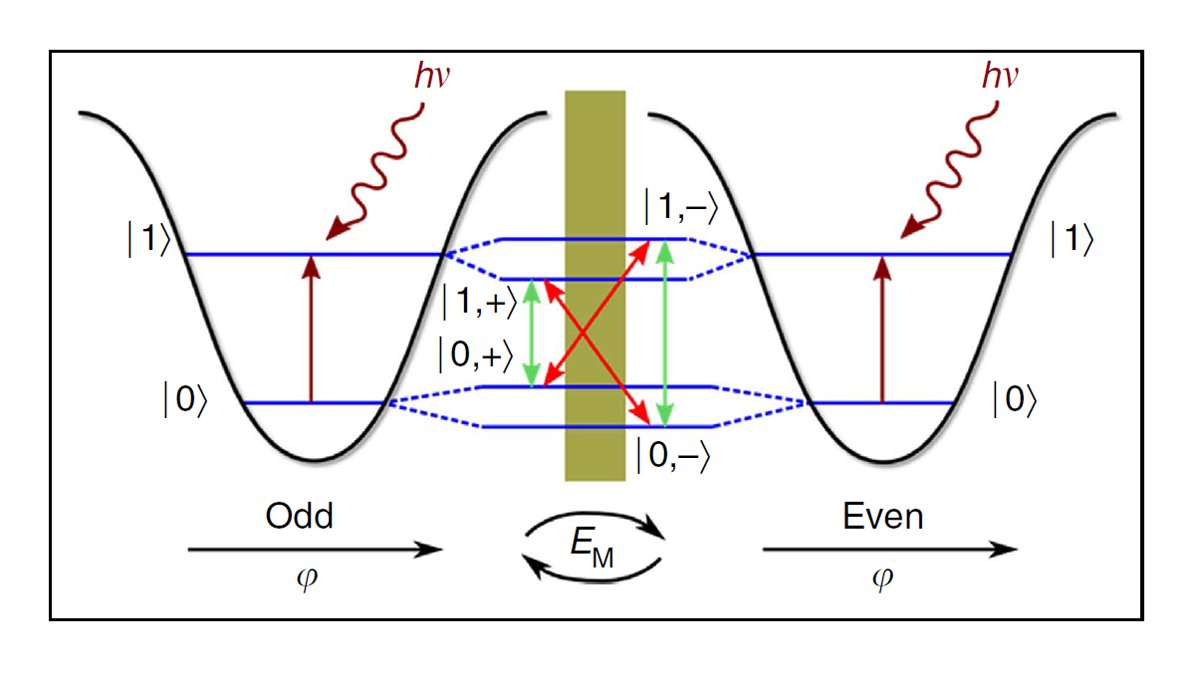