Maritime surveillance is a topic of utmost importance and growing interest since the authorities need to protect the marine environment, to control immigration and make borders safer, to fight against pirates and traffickers of all kinds and to guarantee the safety of navigation and the security in general.

For a continuing monitoring, independent of daylight or weather conditions, synthetic aperture radar (SAR) sensors on spaceborne platforms are the best option even if they are usually characterized by high mission costs. A novelty in this respect will be brought by the UK mission NovaSAR-S, developed by SSTL Ltd. and Astrium U.K. NovaSAR-S will be the first spaceborne small satellite SAR mission designed and produced at a cost comparable with that of optical missions. T

his project looks into the design, development and validation of a novel ship detection algorithm tailored for NovaSAR-S data. 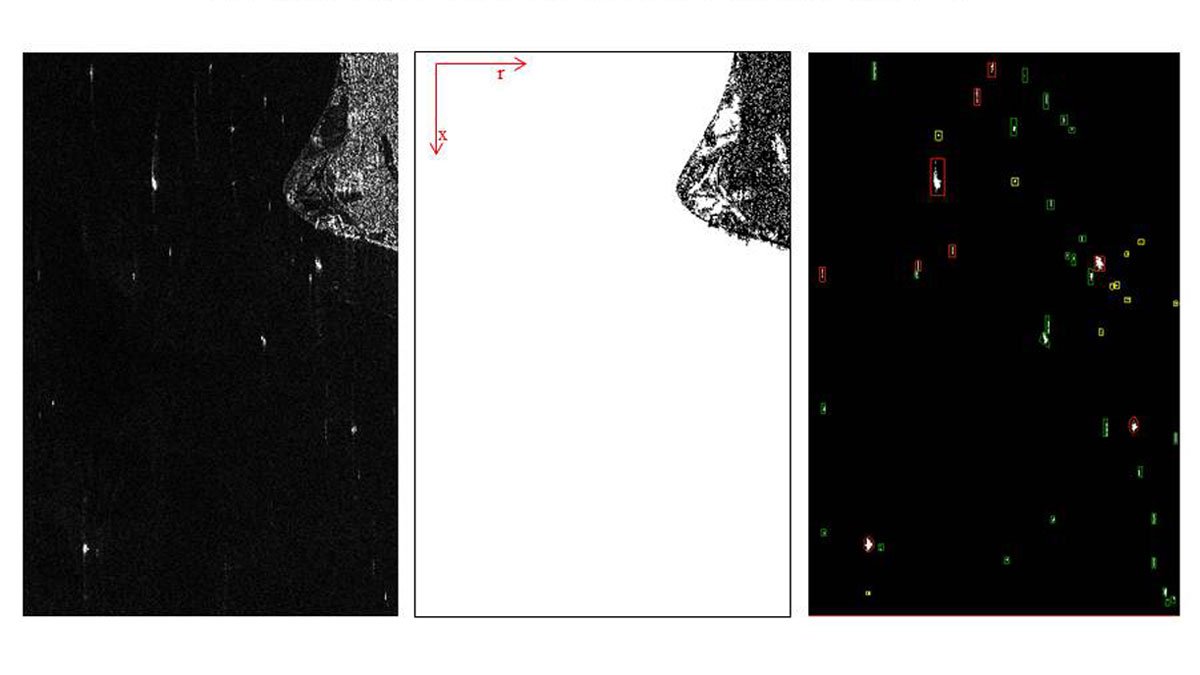 Thanks to its any-weather and any-light operability, synthetic aperture radars (SAR) represent the best spaceborne instrumentation to monitor natural disasters. Flooding is very often accompanied by cloud coverage and optical sensors from spaceborne platforms usually fail in providing timely monitoring of the event. SAR becomes then crucial in providing information about the water depth and extension.

This project will develop and test an algorithm for the estimation of flooding extension and water level with Synthetic Aperture Radars, to guarantee a constant monitoring of the affected area which is fundamental for early warnings and a quick assessment of the damages. 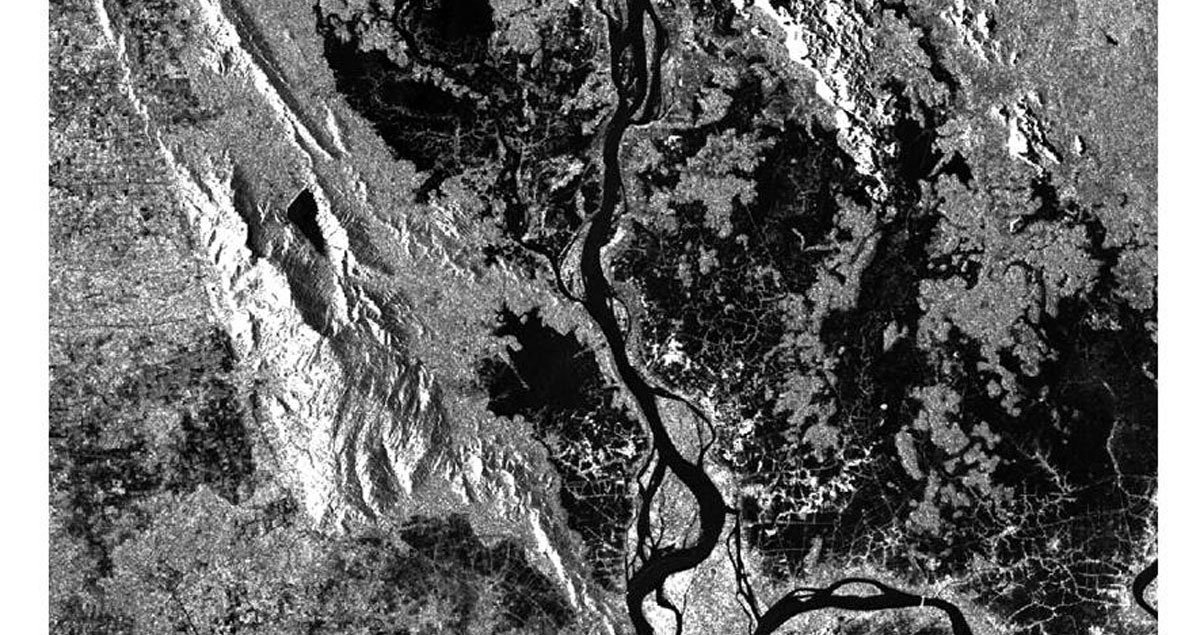 Sentinel-1 SAR image of the flood that hit Myanmar (Kayin state) in August 2015.

This project contributes towards the last topic through an analysis of S-band data performance and a novel image processing framework to retrieve soil moisture content and other meaningful vegetation parameters from NovaSAR-S data. S-band performance will be compared with that of X-band.

A flight campaign for the acquisition of airborne S- and X-band datasets was carried out by Airbus UK over different areas in South England. Collection of ground truth was supported by scientists at University of Reading and RHS Garden Wisley. 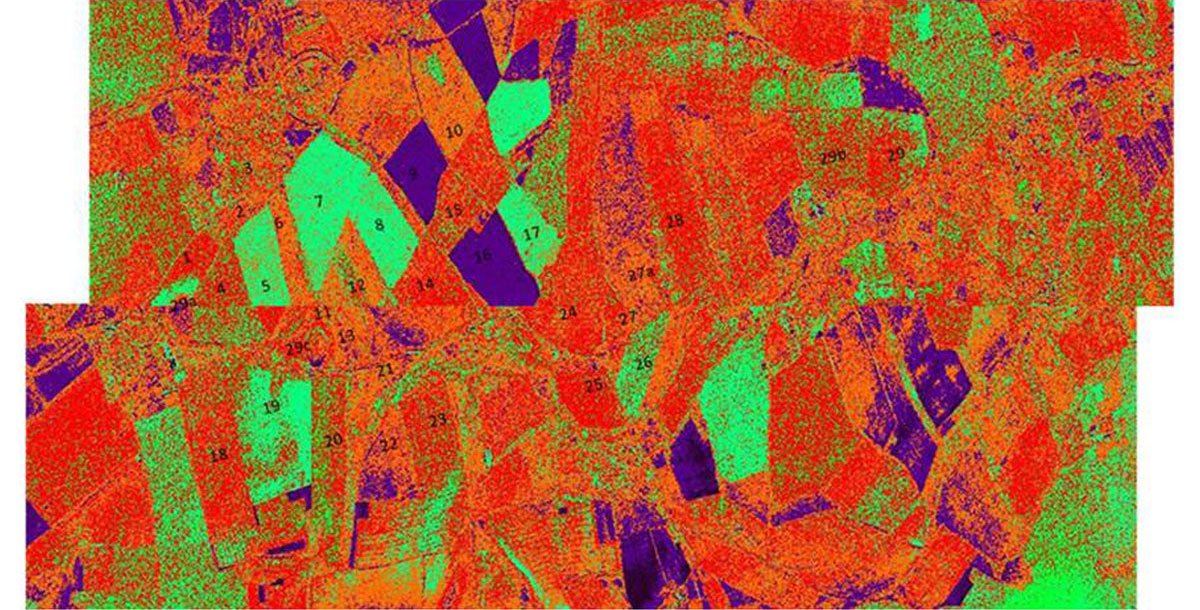 The majority of the world’s human population lives in towns and cities. High population densities mean that damage and disruption caused by natural disasters and other events has a much greater impact when urban areas are affected. Satellite remote sensing has the potential to play an important role in urban disaster monitoring and management, thanks to its relative immunity to disruption by terrestrial events. When data is required promptly and at short notice, Synthetic Aperture Radar (SAR) is of particular interest because of its ability to penetrate atmospheric conditions such as cloud and smoke.

This project aim is to design an unsupervised tool for earthquake damage detection, based on a novel feature detection algorithm for the extraction of buildings’ signatures from SAR images. Tool and algorithm will have to be demonstrated using SAR data from the COSMO-SkyMed constellation covering the 2009 earthquake in L’Aquila, Italy and the 2010 earthquake in Port-au-Prince, Haiti. 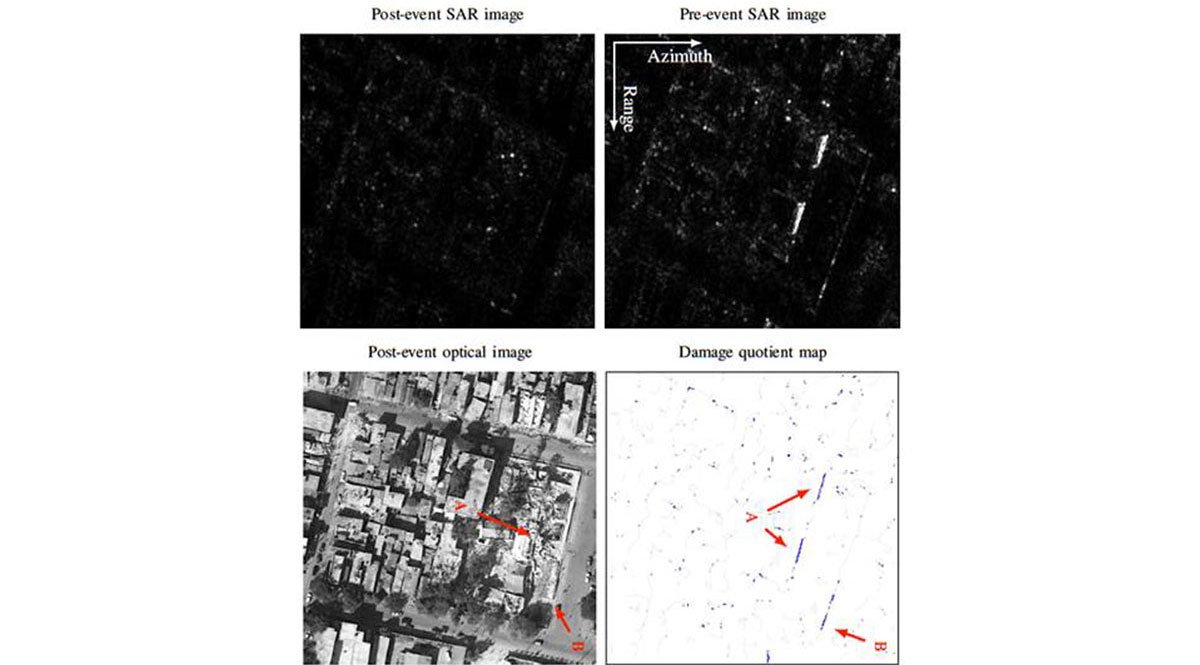 SAR data are inherently probabilistic due to the presence of speckle, which is a characteristic phenomenon of coherent imaging. Speckle appears unordered, random, and noise-like. This seriously hampers SAR image analysis, and mandates statistical modeling to form a fundamental step in information retrieval algorithms like classification, segmentation, target identification, and change detection.

The inadequacy of Gaussian probability models in describing certain regions of a SAR image is explained by the violation of some fundamental Gaussian assumptions. This can be attributed to the increase in spatial resolution of recent sensors as well as target heterogeneity.

This project will look into non-Gaussian probability models, like the G distribution, for single-channel and polarimetric (i.e. multivariate) SAR data and will propose a new framework for its parameter estimation. 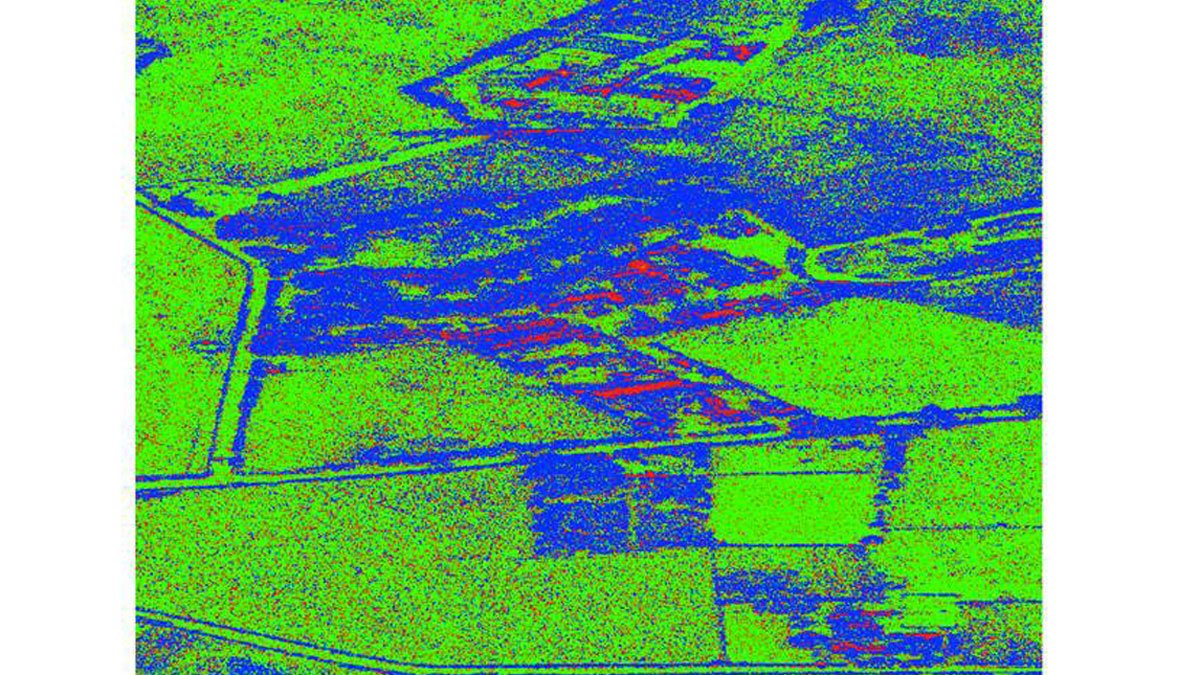