Materials with physical dimensions reduced to the nanoscale (less than 100 nm) can exhibit markedly different properties compared to those on larger length-scales.

This is mainly a result of the massively increased fraction of atoms that are at the surface of the material or the confinement of charge carriers on length scales similar to their quantum mechanical wavelength.

Much of the interest in nanotechnology stems from these unique quantum and surface phenomena that matter exhibits at the nanoscale. As the majority of the atoms in these nanostructures are a short distance from the surface, the optical and electrical properties of these systems can be strongly modified by changes in their environment, allowing a host of applications particularly in sensing.

In recent years the techniques for growing and fabricating nanoscale materials have matured significantly, to the point where researchers are able to tailor their properties toward particular applications, allowing the production of truly functional nanomaterials, which utilise these properties and allow the fabrication range of new and exciting technologies.

What we are doing

We are investigating many different functional nanomaterials, such as:

If you'd like to find out more about functional nanomaterials then take a look at the Functional Nanomaterials Group who focus on micro-scale processing, materials integration and manufacture to allow the creation of unique 3D micro- and nano-scale structures. 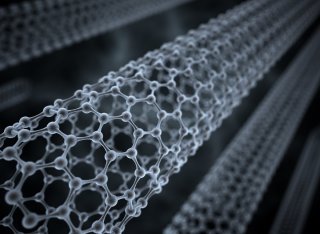