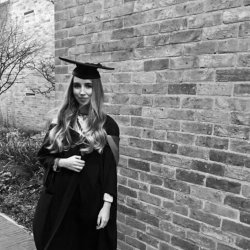 Faculty of Arts and Social Sciences, Department of Politics.

Why do states fail to respond prudently to declining threat salience? In doing so, they risk overcommitting resources to situations that do little to warrant it, the consequences of which are vast. In adopting an overbalanced posture, states risk becoming entangled in unnecessary conflict, causing for themselves greater insecurity by worsening the original threat, increasing the risk of spiral dynamics, and fostering further instability. States also risk being counter-balanced, and even underbalanced, as they become distracted from the actual threats they face in the international arena. Indeed, overbalancing is a self-fulfilling prophecy.

What explains this puzzling behaviour? To answer this question, this thesis makes two primary contributions. The first is nomothetic: it constructs a neoclassical realist theory of overbalancing to argue that paradigmatic foreign policy ideas hijack the policymaking process, accounting for extended periods of policy continuity despite ongoing failure. Paradigms stymy critical thinking and prohibit change, rendering alternative modes of thinking outside the realms of conscious possibility. Thus, one carries on as it did before, and opportunities for change are rendered moot. It finds that for invasive paradigms to be overcome, a shift from a permissive to a more restrictive strategic environment is required.

The second contribution is empirical: drawing on interviews with key foreign policy officials in the United States, the thesis sheds light on America’s inability to correct course on its Iran and Cuba policies since 1959 and 1979 respectively, and elucidates on how rapprochement became a conceivable and implementable option under the Obama administration in 2015. Due to increasingly costly shifting structural dynamics in each case, the 44th president was able to outmanoeuvre path-dependent ideas, representing a rare paradigm shift in the minutiae of contemporary US foreign policy.