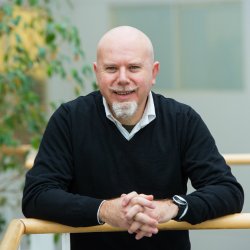 Gianni is a theoretical physicist specialized in fluid dynamics with an initial background in particle physics. After his PhD at the University of Warwick he started to work at Silsoe Research Institute and then Rothamsted (two agricultural research institutes) studying the motion of aerosols in turbulent flows, searching strategy of insects and epidemiology of plant disease (evolution of pathogens in response to crop resistance).

Then he moved to the Veterinary School at the University of Cambridge working on vector borne diseases and zoonotic diseases. He then spent a few years in Public Health England focusing on the link between environmental changes and infectious diseases. In September 2017 he joined the School of Veterinary Medicine as lecturer in Biostatistics and Epidemiology.

Please, bear in mind that this type of research requires strong quantitative skills as well as relevant biological knowledge. 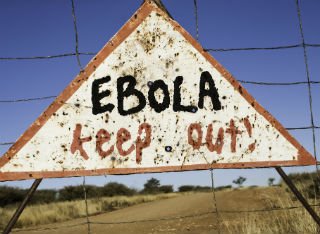 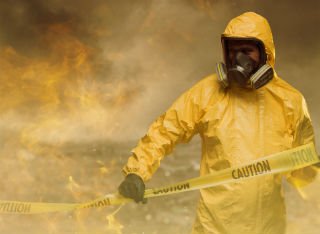 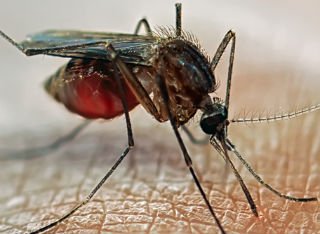 The Lassa super-spreaders and lessons on 17th century Milan
Guest blogger
The Lancet Global Health
How multidisciplinary work was made meaningful for me
Guest blogger
Nature
New model could help improve prediction of outbreaks of Ebola and Lassa fever
University of Cambridge
Lassa fever controls need to consider human to human transmission and the role of ‘super spreaders’, say researchers
University of Cambridge
African Horse Sickness: mapping how a deadly disease might spread in the UK
University of Cambridge
Encouraging scientific debate: comics written and peer reviewed by young learners
Initiation and organization of the event
Journal of Science Communication

My initial research focused on modelling motion of aerosols and odour concentration in turbulent flows.

Then I moved to theoretical epidemiology, modelling evolution of pathogens with particular emphasis on the impact of random fluctuations in epidemics; more precisely I was/am interested if, and how, the evolution of a pathogen can be delayed/accelerated by random fluctuations always occurring in epidemics. This work can be adapted/applied for the emergence of superbugs in response of antibiotics.

I am also are working on developing a data-driven, integrated statistical-mechanistic model to investigate the seasonality and lag effect on Campylobacter and other infectious diseases.

Background Zoonotic infections, which transmit from animals to humans, form the majority of new human pathogens. Following zoonotic transmission, the pathogen may already have, or may acquire, the ability to transmit from human to human. With infections such as Lassa fever (LF), an often fatal, rodent-borne, hemorrhagic fever common in areas of West Africa, rodent-to-rodent, rodent-to-human, human-to-human and even human-to-rodent transmission patterns are possible. Indeed, large hospital-related outbreaks have been reported. Estimating the proportion of transmission due to human-to-human routes and related patterns (e.g. existence of super-spreaders), in these scenarios is challenging, but essential for planned interventions.

Methodology/Principal Findings Here, we make use of an innovative modeling approach to analyze data from published outbreaks and the number of LF hospitalized patients to Kenema Government Hospital in Sierra Leone to estimate the likely contribution of human-to-human transmission. The analyses show that almost of the cases at KGH are secondary cases arising from human-to-human transmission. However, we found much of this transmission is associated with a disproportionally large impact of a few individuals (‘super-spreaders’), as we found only of human cases result in an effective reproduction number (i.e. the average number of secondary cases per infectious case) , with a maximum value up to .

Conclusions/Significance This work explains the discrepancy between the sizes of reported LF outbreaks and a clinical perception that human-to-human transmission is low. Future assessment of risks of LF and infection control guidelines should take into account the potentially large impact of super-spreaders in human-to-human transmission. Our work highlights several neglected topics in LF research, the occurrence and nature of super-spreading events and aspects of social behavior in transmission and detection.

Many infectious diseases of public health importance display annual seasonal patterns in their incidence. We aimed to systematically document the seasonality of several human infectious disease pathogens in England and Wales, highlighting those organisms that appear weather-sensitive and therefore may be influenced by climate change in the future.

Data on infections in England and Wales from 1989-2014 were extracted from the Public Health England (PHE) SGSS surveillance database. We conducted a weekly, monthly and quarterly time series analysis of 277 pathogen serotypes. Each organism’s time series was forecasted using the TBATS package in R, with seasonality detected using model fit statistics. Meteorological data hosted on the MEDMI Platform were extracted at a monthly resolution for 2001-2011. The organisms were then clustered by K-means into two groups based on cross correlation coefficients with the weather variables.

The detection of seasonality in pathogen time series data and the identification of relevant weather predictors can improve forecasting and public health planning. Big data analytics and online visualisation allow the relationship between pathogen incidence and weather patterns to be clarified.

Background: Campylobacteriosis is a major public health concern. The weather factors that influence spatial and seasonal distributions are not fully understood.

Results: The increase of Campylobacter infections in the late spring was significantly linked to temperature two weeks before, with an increase in conditional incidence of 0.175 cases per 100,000 per week for weeks 17 to 24; the relationship to temperature was not linear. Generalized structural time series model revealed that changes in temperature accounted for 33.3% of the expected cases of Campylobacteriosis, with an indication of the direction and relevant temperature range. Wavelet analysis showed a strong annual cycle with additional harmonics at four and six months. Cluster analysis showed three clusters of seasonality with geographic similarities representing metropolitan, rural, and other areas.

Conclusions: The association of Campylobacteriosis with temperature is likely to be indirect. High-resolution spatial temporal linkage of weather parameters and cases is important in improving weather associations with infectious diseases. The primary driver of Campylobacter incidence remains to be determined; other avenues, such as insect contamination of chicken flocks through poor biosecurity should be explored.

C. A. Robin, Giovanni Lo Iacono, S. Gubbins, J. L. N. Wood, J. R. Newton (2013)The accuracy of the National Equine Database in relation to vector-borne disease risk modelling of horses in Great Britain, In: Equine Veterinary Journal45(3)pp. 302-308 Wiley
DOI: 10.1111/evj.12018
Summary Reasons for performing the study The National Equine Database (NED) contains information on the size and distribution of the horse population, but the data quality remains unknown. These data could assist with surveillance, research and contingency planning for equine infectious disease outbreaks. Objectives 1) To assess the extent of obsolete and missing data from NED, 2) evaluate the extent of spatial separation between horse and owner location and 3) identify relationships between spatial separation and land use. Methods Two questionnaires were used to assess data accuracy in NED utilising local authority passport inspections and distribution of questionnaires to 11,000 horse owners. A subset of 1010 questionnaires was used to assess horse–owner geographic separation. Results During 2005–2010, 17,048 passports were checked through local authority inspections. Of these, 1558 passports (9.1%; 95% confidence interval [CI] 8.7–9.5%) were noncompliant, with 963 (5.6%; 95% CI 5.3–6.0%) containing inaccurate information and 595 (3.5%; 95% CI 3.2–3.8%) classified as missing. Of 1382 questionnaires completed by horse owners, 380 passports were obsolete (27.5%; 95% CI 25.2–29.9%), with 162 (11.7%; 95% CI 10.0–13.4%) being retained for deceased horses and 218 (15.8%; 95% CI 13.9–17.7%) having incorrect ownership details. Fifty-three per cent (95% CI 49.9–56.1%) of owners kept their horse(s) at home and 92% (95% CI 90.3–93.7%) of horses resided within 10 km of their owners. Conclusions and potential relevance Data from a small sample survey suggest the majority of data on NED are accurate but a proportion of inaccuracies exist that may cause delay in locating horses and contacting owners during a disease outbreak. The probability that horses are located in the same postcode sector as the owner's home address is larger in rural areas. Appropriate adjustment for population size, horse–owner spatial separation and land usage would facilitate meaningful use of the national horse population derived from NED for risk modelling of incursions of equine diseases into Great Britain.
Giovanni Lo Iacono, Adélia S.A.T. de Paula (2011)A pilot project to encourage scientific debate in schools. Comics written and peer reviewed by young learners, In: Journal of Science Communication10(3) Sissa Medialab
Comprehension of the nature and practice of science and its social context are important aspects of communicating and learning science. However there is still very little understanding amongt the non-scientific community of the need for debate in driving scientific knowledge forward and the role of critical scrutiny in quality control. Peer review is an essential part of this process. We initiated and developed a pilot project to provide an opportunity for students to explore the idea that science is a dynamic process rather than a static body of facts. Students from two different schools experienced the process of peer-review by producing and reviewing comics related to the science done at Rothamsted Research. As authors, students showed a large degree of creativity and understanding of the science while as referees they showed good critical skills. Students had at first hand an insight into how science works.
Giovanni Lo Iacono, C. Robin, S. Gubbins, R. Newton, J. Wood (2012)How does the ecology of Culicoides biting midges influence the risk of an epidemic of African Horse Sickness?, In: Journal of Equine Veterinary Science32(10)pp. S83-S84 Elsevier
DOI: 10.1016/j.jevs.2012.08.177
Abdelmajid Djennad, Giovanni Lo Iacono, Christophe Sarran, Lora E Fleming, Anthony Kessel, Andy Haines, Gordon Nichols (2018)A comparison of weather variables linked to infectious disease patterns using laboratory addresses and patient residence addresses, In: BMC Infectious Diseases18(198)pp. 1-9 BioMed Central
DOI: 10.1186/s12879-018-3106-9

Background: To understand the impact of weather on infectious diseases, information on weather parameters at patient locations is needed, but this is not always accessible due to confidentiality or data availability. Weather parameters at nearby locations are often used as a proxy, but the accuracy of this practice is not known.

Methods: Daily Campylobacter and Cryptosporidium cases across England and Wales were linked to local temperature and rainfall at the residence postcodes of the patients and at the corresponding postcodes of the laboratory where the patient’s specimen was tested. The paired values of daily rainfall and temperature for the laboratory versus residence postcodes were interpolated from weather station data, and the results were analysed for agreement using linear regression. We also assessed potential dependency of the findings on the relative geographic distance between the patient’s residence and the laboratory.

Conclusion: The findings confirm that, for the purposes of studying the relationships between meteorological variables and infectious diseases using data based on laboratory postcodes, the weather results are sufficiently similar to justify the use of laboratory postcode as a surrogate for domestic postcode. Exclusion of the small percentage of cases where there is a large distance between the residence and the laboratory could increase the precision of estimates, but there are generally strong associations between daily weather parameters at residence and laboratory.