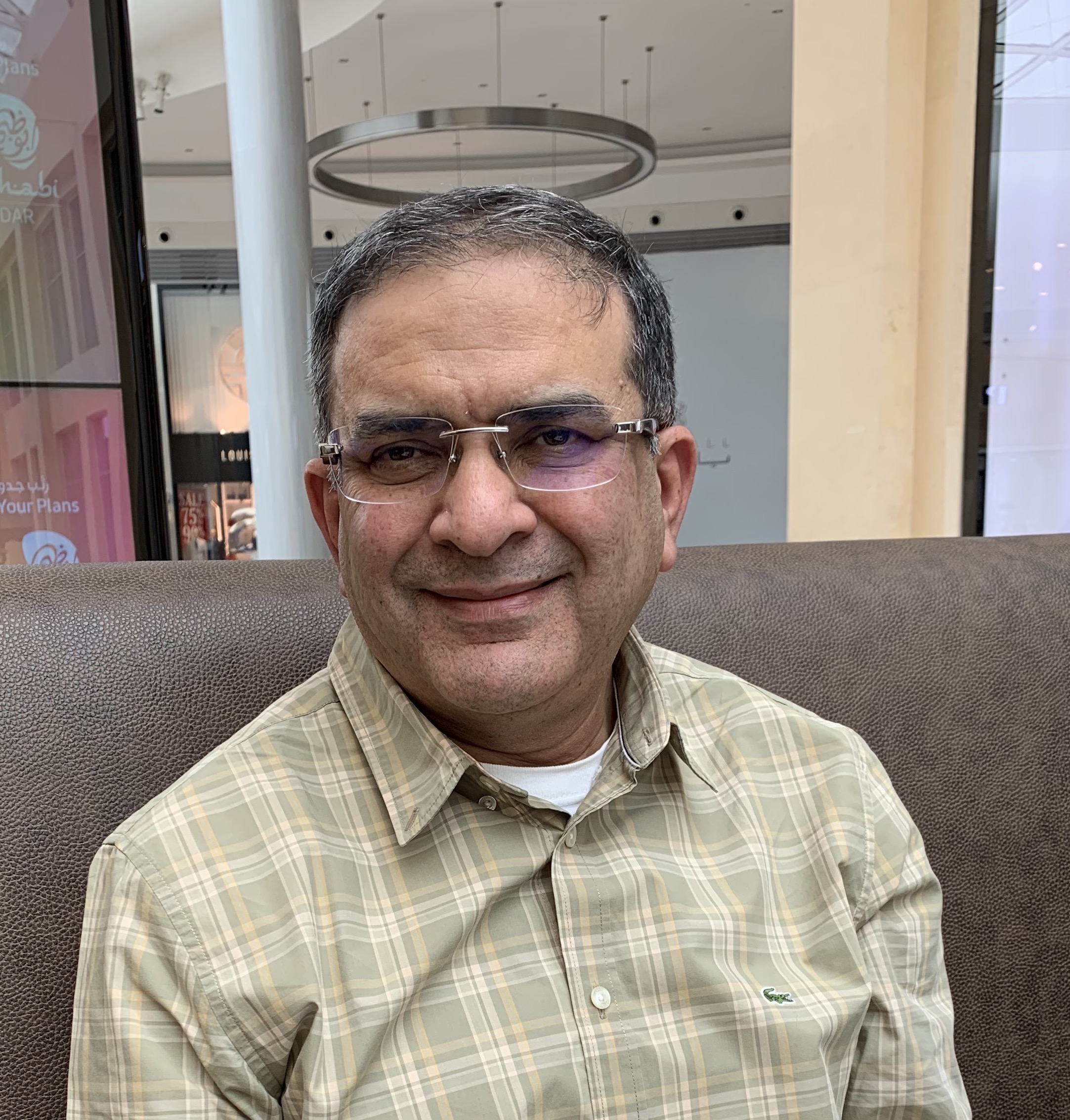 It has been 32 years since I graduated from Surrey. Having a medical background, coupled with an engineering course at Surrey, helped me progress in my career acting as a 'bridge' between the medical and the engineering disciplines. Currently, I head the Health Services Division of a leading architectural and engineering establishment in Abu Dhabi, UAE, looking after medical technology as well as a senior member of the health planning team involved in the healthcare facility design. My career path has been truly gratifying and enriching so far, having worked in public and private sectors during the past three decades or so, within my country and internationally. I am indebted to Surrey for providing me with the skills, the exposure and the tools to build my career on. 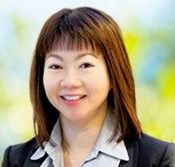 I was named in the Power Women 50 list in April’s edition of Data Economy Magazine! I have held the role of CFO at Innovative Output Solutions; Group Finance Director at HH Print Management; the UK CFO of Infonet UK; the Group Finance Director of DigiPlex Group; the VP of Finance for Security Capital US Realty; the Director of Financial Services for a group of UK, Belgian and Luxembourg companies providing investment management and corporate services within a shared services centre; the UK Financial Controller for Arthur Andersen’s Corporate Financial Services practice and a manager in Deloitte.

I am grateful to the University, Professor Graham Bird and my tutor Mr Peter Pearson. 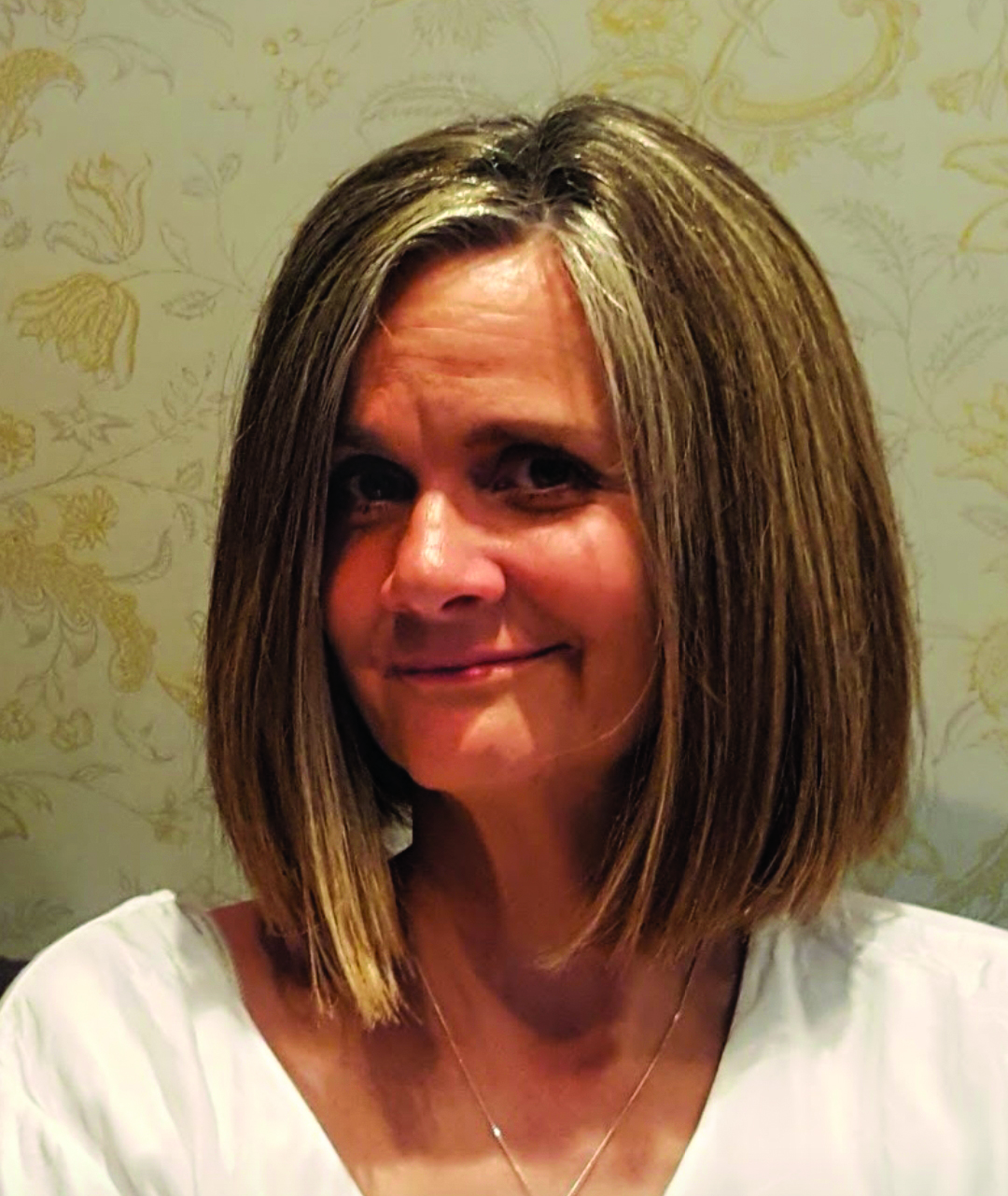 I met my husband at Surrey — same year, same course, even the same accommodation (Stag Hill). We met in 1982, started dating in 1985, and celebrated our 30-year anniversary in May 2019! I loved Surrey — the small size, the campus environment; it felt very cosy. After graduating, I became demoralised about the low pay in hotels, so I went into software marketing. After two years I was head of sales and marketing for an international software company, backed by 3i, which I loved. When the company was sold to a US software giant, I took four years out to look after my daughter. Then I spent seven years in brand agencies before venturing out on my own. I’ve now been a freelance brand communications consultant for 17 years, and have never looked back 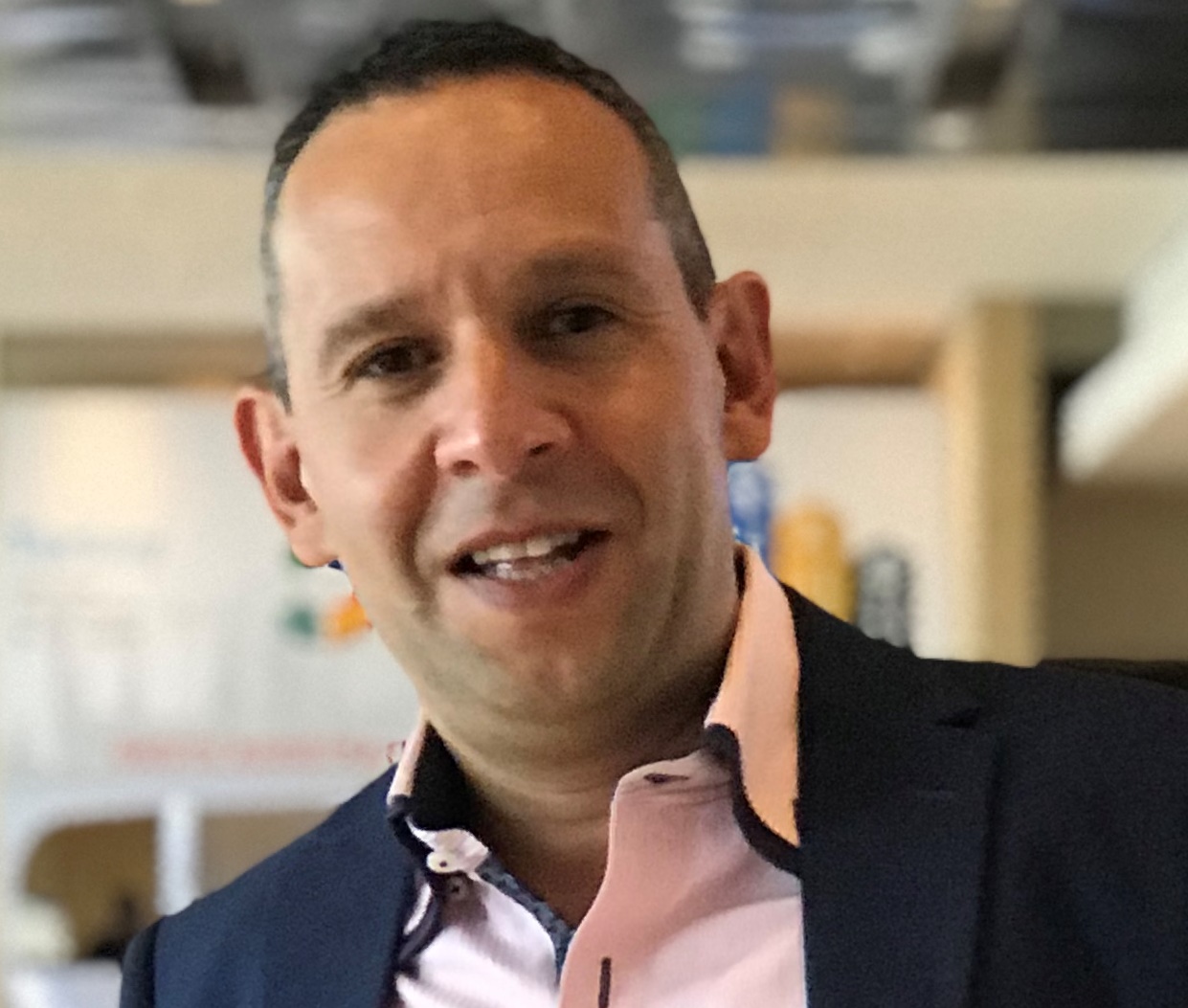 Graduated from Surrey, then continued Master at UMIST. Then moved to US and then to Dubai. 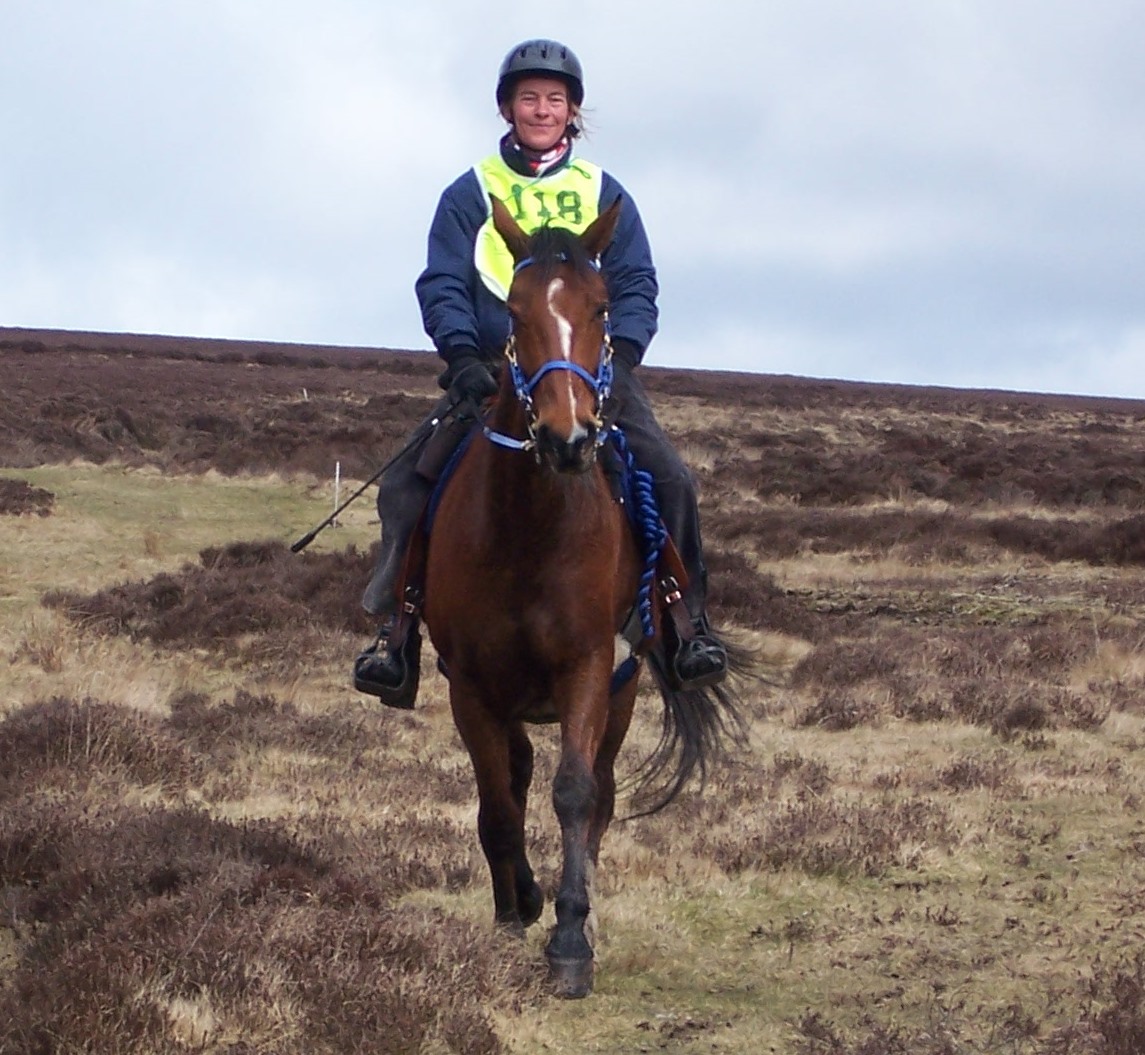 I loved my time at University in Guildford, Surrey, doing Linguistics and International Studies, German and Swedish subsidiary. I live in Brittany, France, for seven years now and my husband and I are well integrated and speak good French, even though I did not do French at Uni! I also use my German and Swedish sometimes. We live in a granite long-house with lots of animals. I am also a Welsh International Sportswoman, having done Horse Endurance in Wales and been in teams and won! Before Surrey I worked in construction as a carpenter, joiner and then manager. After graduating, I worked on housing and commercial projects as an engineer. Since my apprenticeship days it was always my ambition to build houses. In 1990 I set up my business as a sole trader to develop new homes and refurbish existing property. I found this work both fulfilling and satisfying since I could use both my manual and academic skills. During this enjoyable 28-year period I did manage to find time to travel and see the world with my wife of 40 years, Pam. We have visited 38 countries and experienced many cultures, learned some of their history and ways of life.

I am now retired and continue to travel when possible in between maintenance work on my rental portfolio and enjoying time with my five grandchildren. 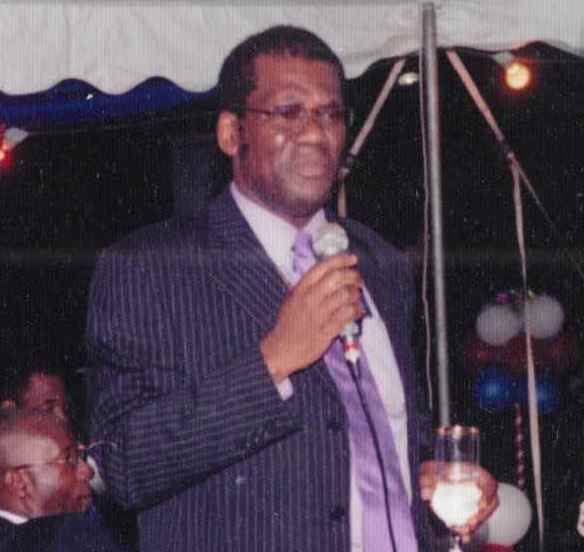 I am a Fellow and Past President of the Nigerian Hotel & Catering Institute and a Fellow of the Institute of Hospitality (UK). After National Service, I joined UAC of Nigeria plc which was then a subsidiary of Unilever plc as a management trainee.

I worked with UAC of Nigeria from1984 to 2010 and held a number of senior management positions. I retired from the UAC Group in January 2010 after 25 years of service, but continued in a non-executive role as a Director and Chairman of UPDC Hotels Limited (operators of Golden Tulip Hotel, Festac Town) from 2012 to 2018. 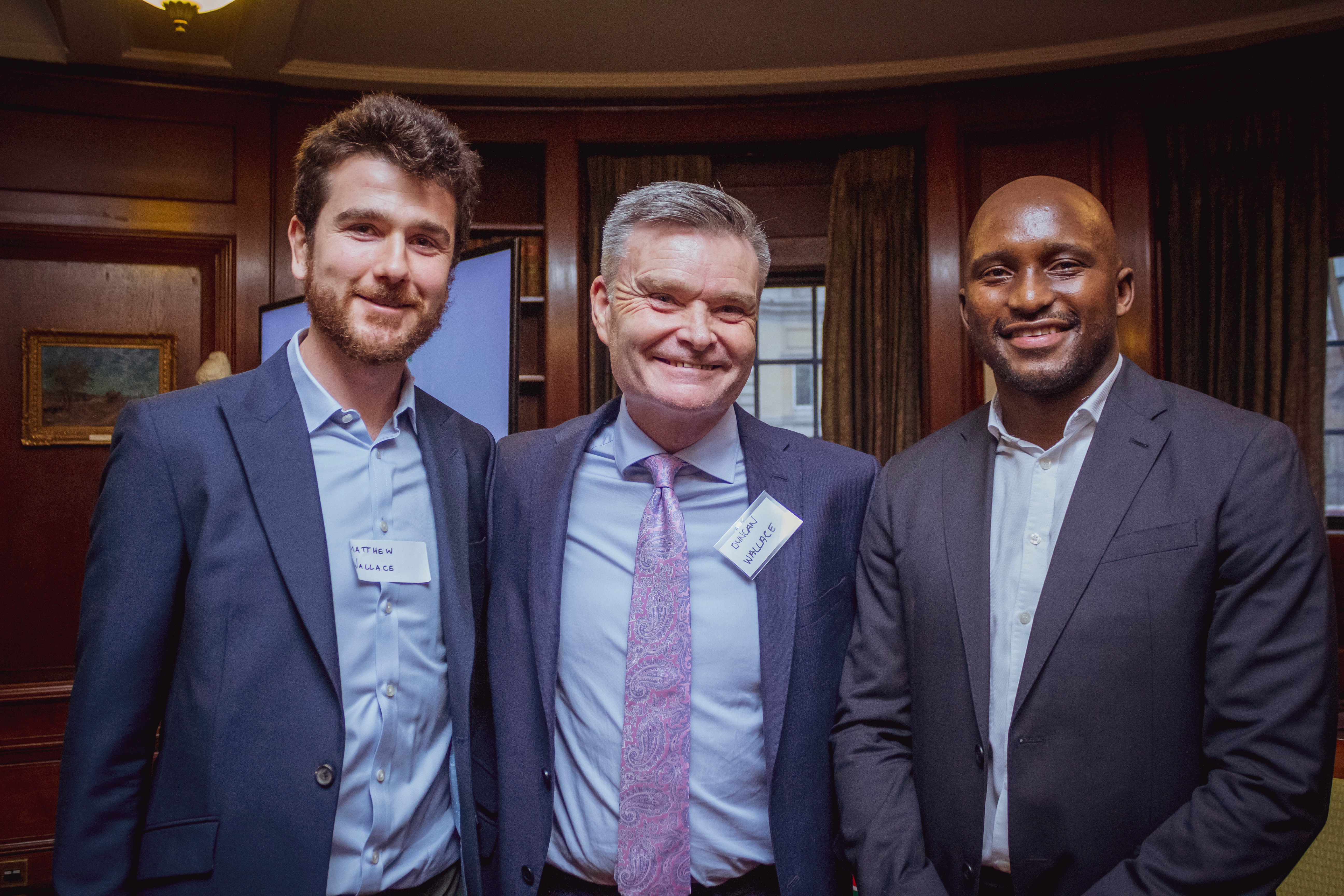 For almost 25 years I have been actively involved in assisting the South African BPO sector, helping stimulate over 50,000 jobs. However, youth unemployment is still inordinately high — exceeding 40% in the 18-35 demographic. My company (InterGlobal Management Group (IMG) has partnered with the Mandela Legacy Foundation (Chairman Zondwa Mandela, grandson of Nelson and Winnie Madikizela Mandela) to assist in digital skills up-liftment, to service the growing global RPA & AI requirements. If you currently utilise off-shore destinations or through your networks know companies that do, please contact me to discuss ways in which we can promote South Africa as a destination of choice. Pictured with me is Matthew Wallace and Zondwa Mandel at the South African Embassy, London. Graduation was followed by a PGCE at Stranmillis College Belfast. A teaching career in Sullivan Upper School, Holywood followed. Annette and I married in 1988 and, three years later. we moved to Nairobi, Kenya to teach at Rusinga School. Five wonderful years and along the way we were blessed to adopt two Kenyan babies. Charlotte and John, now both 24, continue to be a real blessing.

In 1996 we relocated back to Northern Ireland where I was made Principle in a brand new school, North Coast Integrated College, which deliberately sought to educate both communities under the same roof. Segregation must be overcome. In 2000, a career shift took place. I studied again, this time in Dublin for a BTh. and ordination for the Church of Ireland. Positions in Lisburn, Kilkeel and now as Associate Vicar in Holywood. 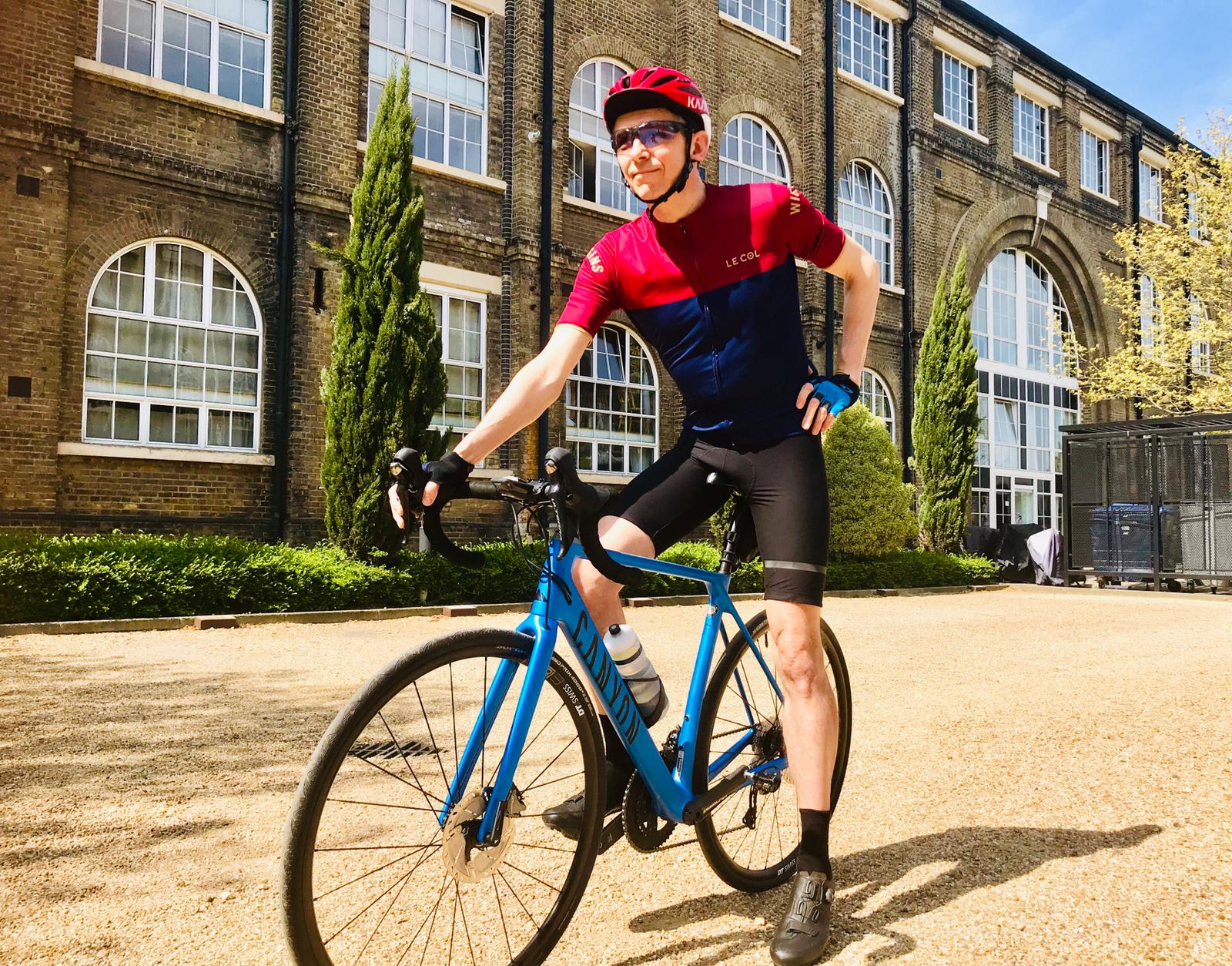 Since graduating from Surrey 35+ years ago, my path has taken me into the world of IT, co-operatives and, for the past 15 years, the development of new broadband infrastructure. I am CEO at INCA building new full fibre and wireless networks. Nothing to do with my biochemistry degree!

However, for the first time my degree has become very useful. My wife is a doctor and PhD student in neurogenetics at UCL. She searches for - and finds - genetic mutations that cause rare and devastating neurological diseases. Her research involves clinical neurology, genetics, big data, cell biology and a lot of biochemistry. I am the principal editor for her scientific papers. Although my main job is to hunt down typos and infelicities, my background in biochemistry means that I can understand the basis of the content. Obviously I have had to brush up since my undergrad days with a battered copy of Lehninger, so one of my current favourite bedtime reads is Human Molecular Genetics, 4th Ed. Who would have thought it? 40 years on and I am finally using the scientific knowledge I gained at Surrey! PS/ I cycle a lot, hence the photo. 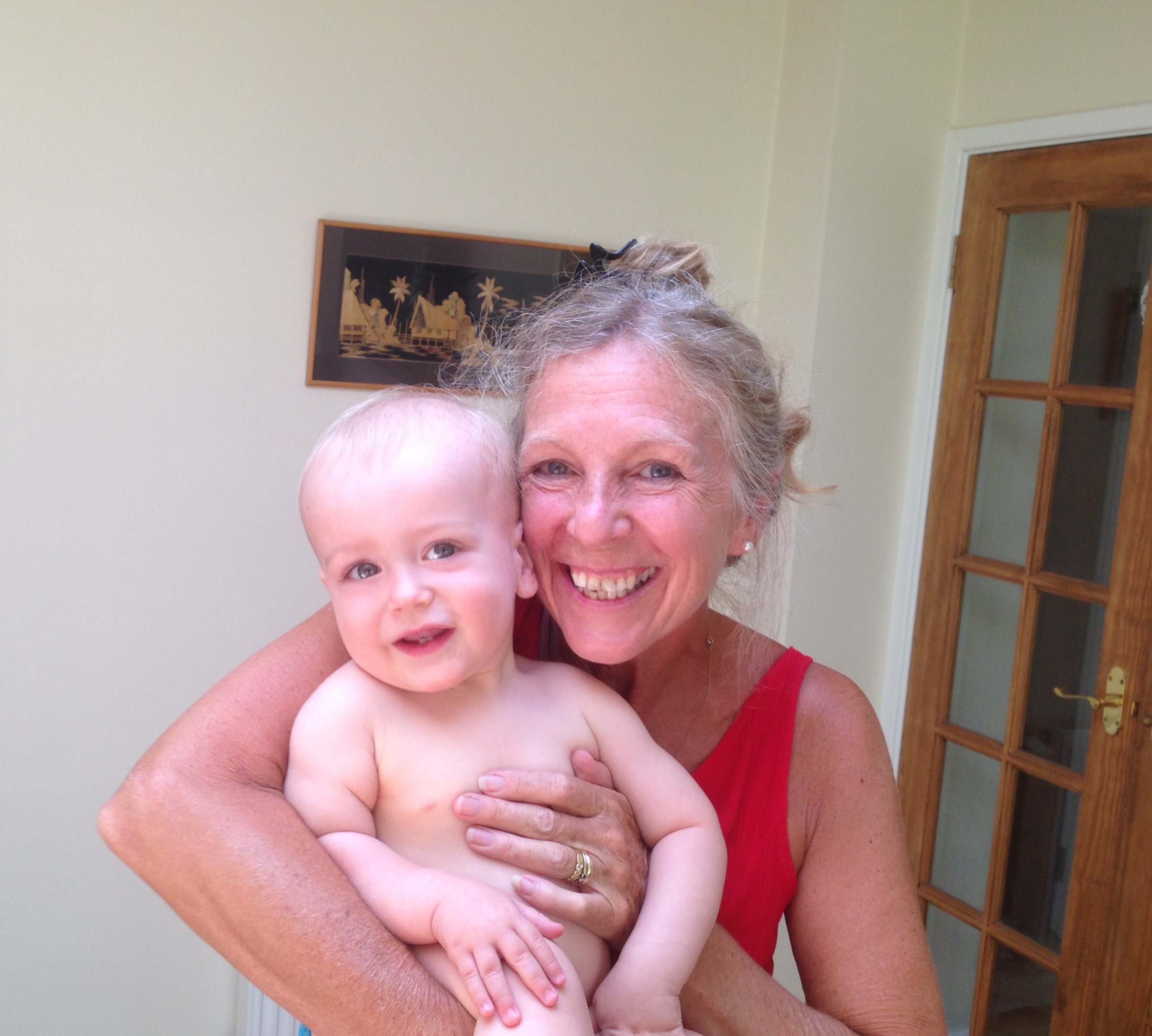 Linguistic and International Studies (German, Swedish and Economics), 1981 and MPhil in Psycholinguistics, 1995

Becoming a grandmother prompted a decision to retire and make the most of life, including more frequent trips to the sun as well as enjoying helping look after my grandson. 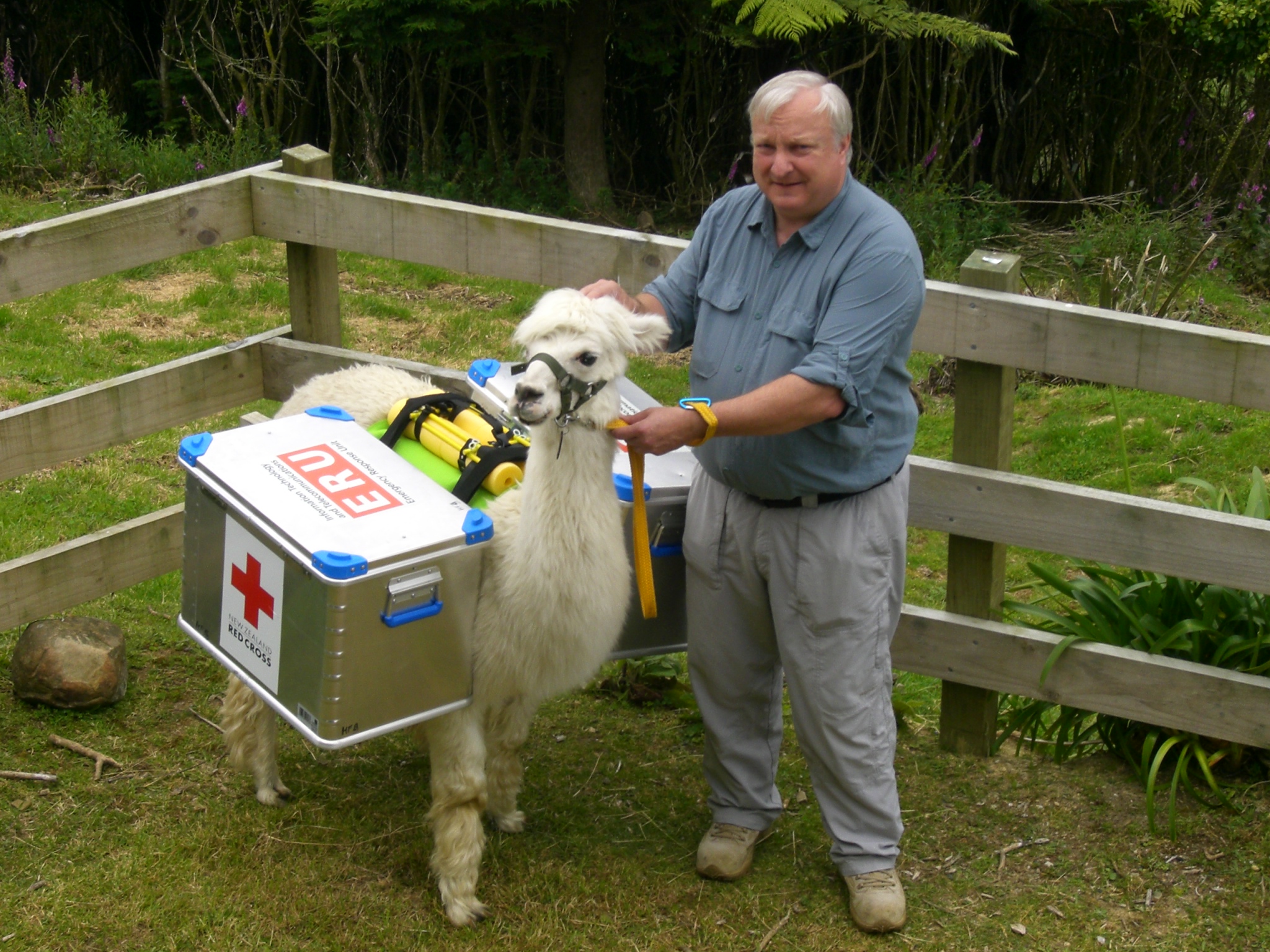 I had three exciting years at Surrey and one year working. During my time at Surrey, I helped form the first student society that focused on developing countries. After I graduated, I worked for the Tropical Products Institute, on mycotoxins and later worked in a tea factory in Malawi. After my return to the UK in 1996 I worked for the Natural Resources Institute, University of Greenwich where as Professor of Food Science I have worked in over 30 countries.  I now focus on research to improve consumer acceptance of foods in Africa and improve postharvest quality and safety. Recent work explores reducing food waste and improving the health of low-income food workers in Africa. I have a keen interest in ethics and was the President of the International Society for Tropical Root and Tuber Crops (ISTRC), a global society with 600 members. 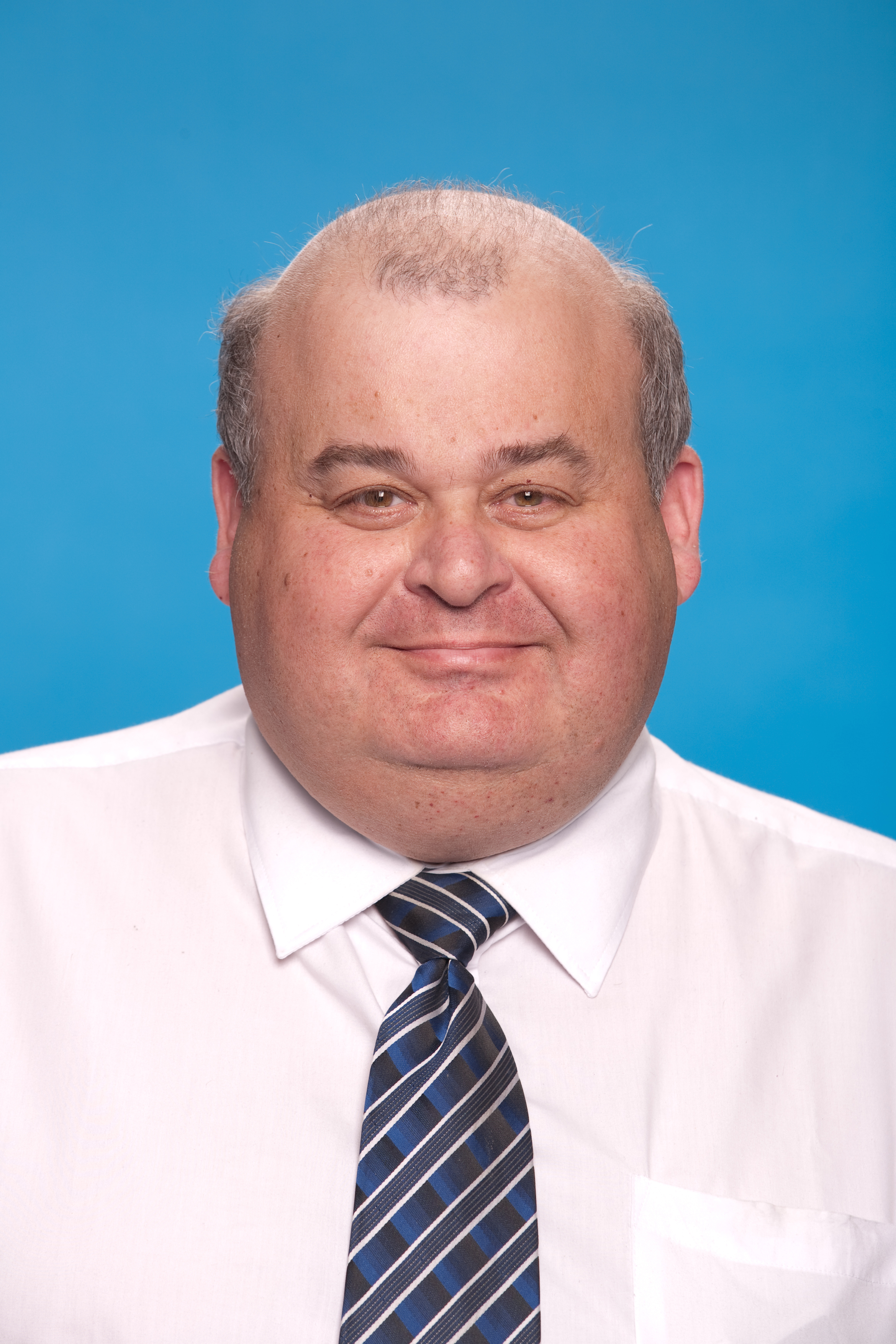 I have been with the Thales Group (initially as Racal) for over 40 years. I joined following graduation having completed an Industrial year with Racal Slough Ltd. I started as a hardware engineer but migrated to systems engineering in a developing career which has encompassed naval, land  and aerospace domains. I have considerable experience as a Systems Engineering Manager on several medium and large programmes. I have been involved in several projects to improve the systems engineering capability, methodology and training within Thales.

In 2014, I returned to an operational role as the Systems Engineering Lead for FLX, combining my engineering management skills with my process skills to ensure FLX programmes carry out systems engineering effectively and correctly. In 2018 I moved into a design certification and technical SME role, sharing my experience  across programmes. 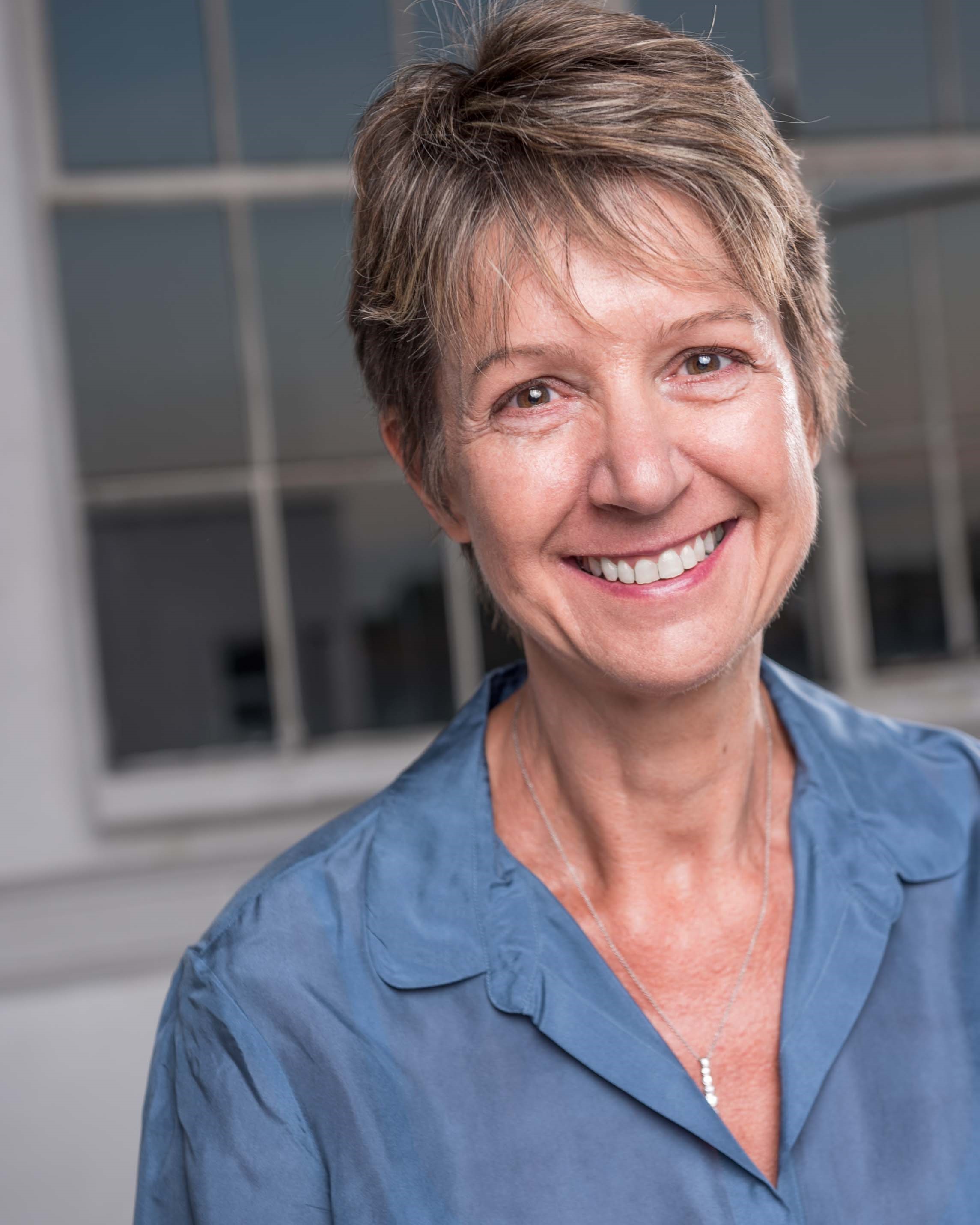 After graduation I became a lawyer and initially used my German to give advice to German citizens involved in disputes in the UK but I went on to specialise in IP and the music industry in particular. After a period as a partner at a large London law firm and then a long stint with my own consultancy, I now work as a consultant at a specialised boutique law firm in London and advise a number of high-profile artists and songwriters. I have also become involved in education: I wrote a textbook on the music business and law, published by Penguin Random House (now in its 7th edition), and lecture regularly at universities and colleges around the UK and occasionally overseas. A recent high spot was giving the keynote address at a music conference in New Zealand attended by the Prime Minister Jacinda Ardern.