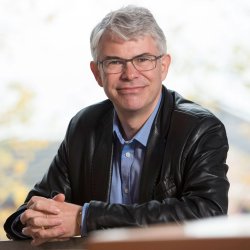 My research concerns AI for Sound: using machine learning and signal processing for analysis and recognition of sounds. My focus is on detection, classification and separation of acoustic scenes and events, particularly real-world sounds, using methods such as deep learning, sparse representations and probabilistic models.

I have published over 350 papers in journals, conferences and books, including over 60 journal papers and the recent Springer co-edited book on Computational Analysis of Sound Scenes and Events.

Much of my research is funded by grants from EPSRC and EU, Innovate UK and other sources. I am currently hold an EPSRC Fellowship on "AI for Sound", and recently led EPSRC projects Making Sense of Sounds and Musical Audio Repurposing using Source Separation, and two EU research training networks, SpaRTaN and MacSeNet. My total grant funding over the last 12 years is around £37M, including £18M as Principal Investigator, Coordinator or Lead Applicant.

I was recently co-Chair of the DCASE 2018 Workshop on Detection and Classification of Acoustic Scenes and Events, co-Chair of the 14th International Conference on Latent Variable Analysis and Signal Separation (LVA/ICA 2018) and co-Chair of the Signal Processing with Adaptive Sparse Structured Representations (SPARS 2017) workshop.

For preprints of earlier papers, see my earlier publications page.

Mark Plumbley is Professor of Signal Processing at the Centre for Vision, Speech and Signal Processing (CVSSP) at the University of Surrey, in Guildford, UK. After receiving his Ph.D. degree in neural networks in 1991, he became a Lecturer at King’s College London, before moving to Queen Mary University of London in 2002. He subsequently became Professor and Director of the Centre for Digital Music, before joining the University of Surrey in 2015. His current research concerns AI for Sound: using machine learning, AI and signal processing for analysis and recognition of sounds, particularly real-world everyday sounds. He led the first data challenge on Detection and Classification of Acoustic Scenes and Events (DCASE 2013). He leads EPSRC-funded projects on making sense of everyday sounds and on audio source separation, and leads two EU-funded research training networks in sparse representations and compressed sensing. He is a co-editor of the recent Springer book on "Computational Analysis of Sound Scenes and Events". He is a Fellow of the IET and IEEE. 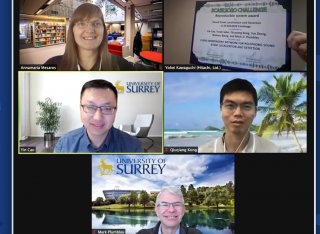 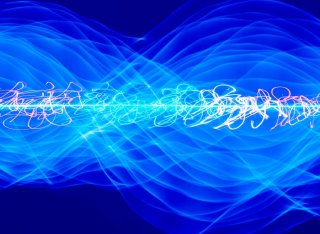 University of Surrey to boost UK's world-leading acoustic technologies, thanks to EPSRC grant 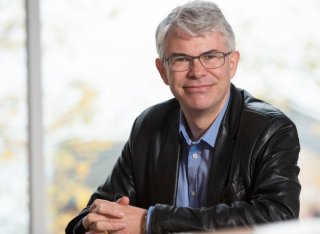 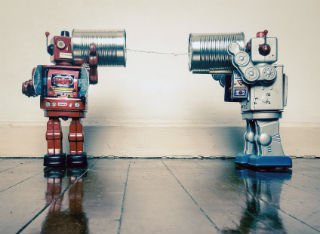 Many people listen to recorded music as part of their everyday lives, for example from radio or TV programmes, CDs, downloads or increasingly from online streaming services. Sometimes we might want to remix the balance within the music, perhaps to make the vocals louder or to suppress an unwanted sound, or we might want to upmix a 2-channel stereo recording to a 5.1- channel surround sound system. We might also want to change the spatial location of a musical instrument within the mix. All of these applications are relatively straightforward, provided we have access to separate sound channels (stems) for each musical audio object.

However, if we only have access to the final recording mix, which is usually the case, this is much more challenging. To estimate the original musical sources, which would allow us to remix, suppress or upmix the sources, we need to perform musical source separation (MSS).

In the general source separation problem, we are given one or more mixture signals that contain different mixtures of some original source signals. This is illustrated in Figure 1 where four sources, namely vocals, drums, bass and guitar, are all present in the mixture. The task is to recover one or more of the source signals given the mixtures. In some cases, this is relatively straightforward, for example, if there are at least as many mixtures as there are sources, and if the mixing process is fixed, with no delays, filters or non-linear mastering [1].

However, MSS is normally more challenging. Typically, there may be many musical instruments and voices in a 2-channel recording, and the sources have often been processed with the addition of filters and reverberation (sometimes nonlinear) in the recording and mixing process. In some cases, the sources may move, or the production parameters may change, meaning that the mixture is time-varying. All of these issues make MSS a very challenging problem.

Nevertheless, musical sound sources have particular properties and structures that can help us. For example, musical source signals often have a regular harmonic structure of frequencies at regular intervals, and can have frequency contours characteristic of each musical instrument. They may also repeat in particular temporal patterns based on the musical structure.

In this paper we will explore the MSS problem and introduce approaches to tackle it. We will begin by introducing characteristics of music signals, we will then give an introduction to MSS, and finally consider a range of MSS models. We will also discuss how to evaluate MSS approaches, and discuss limitations and directions for future research

Audio source separation is a very challenging problem, and many different approaches have been proposed in attempts to solve it. We consider the problem of separating sources from two-channel instantaneous audio mixtures. One approach to this is to transform the mixtures into the time-frequency domain to obtain approximately disjoint representations of the sources, and then separate the sources using time-frequency masking. We focus on demixing the sources by binary masking, and assume that the mixing parameters are known. In this paper, we investigate the application of cosine packet (CP) trees as a foundation for the transform.

We determine an appropriate transform by applying a computationally efficient best basis algorithm to a set of possible local cosine bases organised in a tree structure. We develop a heuristically motivated cost function which maximises the energy of the transform coefficients associated with a particular source. Finally, we evaluate objectively our proposed transform method by comparing it against fixed-basis transforms such as the short-time Fourier transform (STFT) and modified discrete cosine transform (MDCT). Evaluation results indicate that our proposed transform method outperforms MDCT and is competitive with the STFT, and informal listening tests suggest that the proposed method exhibits less objectionable noise than the STFT.