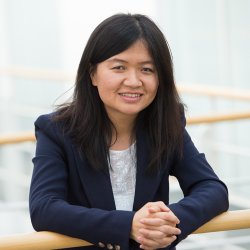 Dr Cai is a Senior Lecturer in the Department of Chemical and Process Engineering, with primary research interest in multiscale materials design using both experimental and computational approaches for energy storage and conversion applications including fuel cells, batteries, electrolysers, and CO2 reduction. She has collaborated widely with colleagues from different disciplines within Surrey, across institutions (e.g.Imperial College London, Queen Mary University of London, UCL) within the UK, and across different countries (MIT and Sandia National Laboratory from USA, University of Wollongong and Western University of Australia from Australia, Chiba University from Japan, Luxemburg Institute of Science and Technology, Université de Picardie from France, Institute of Process Engineering and Dalian Institute of Chemical Physics from China)

Prior to joining Surrey, she was a research associate at Imperial College London (2007-2012), working on fuel cells and electrolysers. She obtained her PhD degree in Chemical Engineering (2007) from University of Edinburgh (UK) with the support of an Overseas Research Scholarship from the Universities UK, where she worked on fundamental understanding of porous materials. Her MEng training (2003) was in Materials Science and Engineering from Tsinghua University (China), where she started her research on experimental materials synthesis.  She is married with three children. 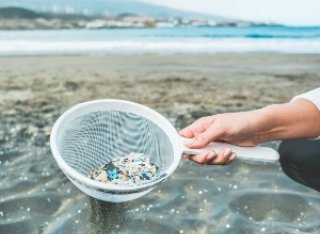 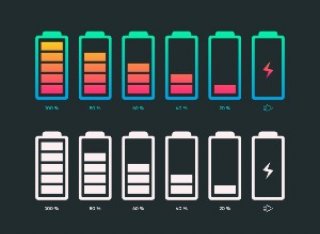 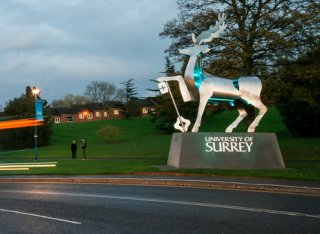 My group work at the interface of materials science and chemical / electrochemical engineering, to develop materials-centered research for applications in energy conversion and storage. Our research aims to address the following key questions: (1) How does a material and its structure affect the chemical and physical processes? (2) How is the performance related to the materials structure and the processes? (3) How can we better design a material to give better performance? We combine multiscale materials modelling (including density functional theory, molecular dynamics, and lattice Boltzmann method) with experimental approaches, to understand the fundamental mechanisms, design and optimise materials for better performance.

- Carbon and carbon based nanocomposites as electrode materials for batteries

Dr Cai is a Co-I of the Faraday Institution funded project -LiSTAR, to accelerate the development of Li-S batteries using DFT and molecular modelling to help design cathode materials and electrolyte solutions. This project is in collaboration with UCL, Imperial College London, University of Southampton, University of Nottingham, University of Cambridge, and University of Oxford.

Dr Cai is the Co-PI of this EPSRC ISCF Wave 1 funded project, and is leading the Multiscale Materials Modelling Workpackage. This project is in collaboration with Prof Magda Titirici at Imperial College London and Prof Alan Drew at Queen Mary University of London, to combine material synthesis, advanced characterisation and multiscale materials modelling for developing advanced carbon materials and fundamental understanding of Na ion storage mechanisms for Na-ion batteries.

Dr Cai has over 11 years experience in the area of 3D electrode microstructure modelling for fuel cells and batteries, to derive understandings of the structure-performance relation, and to design electrode microstructure for fuel cells and batteries. Recently, we have developed an advanced 3D pore-scale lattice Boltzmann modelling framework, which incorporates the multiphysical processes including the gas-liquid two phase flow, transport of ions, electrons, gas/liquid species within the 3D microstructure, coupled with electrochemical reactions at the electrode/electrolyte interface. We have applied this modelling framework for electrode modelling and design in proton exchange membrane fuel cells, redox flow batteries, and lithium-ion batteries. We are open to other application areas such as electrolysers and metal-air batteries, and opportunities of developing opensource code.

Dr Cai was the PI of this EPSRC funded first grant. Within this project, we used molecular dynamics modelling to unravel the effects of the pore geometry and size, surface charge on the pore wall, type of organic solvent and salt ions within the electrolyte solution on the storage of Na ions in nanoporous carbons.

Research staff: Dr Argyrios Karatrantos (who is now a research scientist at Luxemburg Institute of Science and Technology)

Research staff: Dr Yaxiang Lu (who is now an Associate Professor at Institute of Physics, Chinese Academy of Science)

Dr Cai was the PI of the EPSRC Impact Acceleration Account Fund. In this project, we developed a binder solution for making electrodes for capacitive deionization. We presented a paper (The Effect of Novel Binders on the Performance of Capacitive Deionization for Water Purification) at Chem Eng Day UK 2017 and won BP Prize for Water Research.

This project is in collaboration with an visiting academic -Dr Naiguang Wang from Guangdong University of Technology (China). In this project we are developing advanced electrocatalysts for oxygen reduction reaction and oxygen evolution reaction, for applications in Mg-air batteries.

Undergraduate Courses I have taught over the past few years:

Journal Articles under Peer-Review / In Press