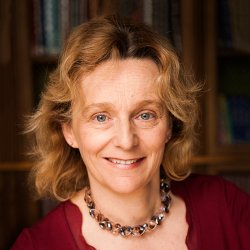 I am an applied mathematician with a DPhil (Oxford University) and post-doc work (Cambridge University). I am also a professionally trained software programmer with experience from industrial, academic and international establishments.

I have been working at Surrey University for over 23 years and currently work part-time.

I am interested in the development and application of computer models relating to the science of the environment.  My areas of research are Numerical Weather Prediction (NWP); Air Quality and Transportation and Water Quality and Risk Assessment in developing countries. 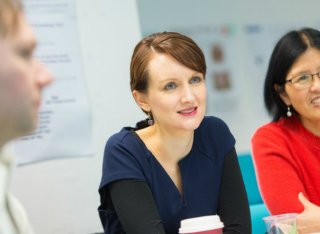 NERC SCENARIO DTP  - A postgraduate centre in the Science of the Environment: Natural and Anthropogenic Processes, Impacts and Opportunities

I am the Co-director and Surrey PI of the SCENARIO NERC Doctoral Training Partnership (DTP) between Surrey and Reading Universities. Nationally, SCENARIO has 2 host Universities and 28 collaborative partners.This latest bid has secured 12 studentships per year for the next 5 years, worth in excess of £5.3M.

As Surrey SCENARIO Co-director, I oversee the Surrey cohort  of PGRs. I deal with all administration matters; chair the Select Monitoring Committee and organise the Surrey cohort meetings. I meet with academics at Reading and Surrey and with NERC funders to provide evaluation and feedback. I organise and run events across both Universities.

I collaborate with Prof Ian Roulstone (Head of Department of Mathematics, https://www.surrey.ac.uk/people/ian-roulstone) and colleagues in the UK Met Office. We have jointly supervised 1 EngD (2010-14) and 1 SCENARIO PhD (2017-present) to date.

This research explores the mathematics of assimilating vertical motion from cloudy radiances using an idealised single column atmospheric model. It is this (meteorologically active) upwards motion that strongly affects future weather. Consequently, the work focuses on data that is likely to be of use in forecasting extreme weather events in the short range. It is a fundamental step towards utilising high temporal resolution infrared imagery from geostationary satellites to retrieve vertical motion using variational methods.

It is now possible to run local short-range weather forecasts with horizontal grid spacings of a few kilometres, thus increasing the accuracy of the forecasts. The follow-on research is in ensemble data assimilation and the use of localisation to mitigate the impact of sampling error. The objectives are to find optimal or improved localisation techniques that will be directly useful in guiding the development of practical ensemble DA systems at operational weather forecasting centres such as the Met Office.

I was active in traffic-related air-quality research from 1995-2012. It involved collaboration externally with local government and internally with the psychology department. The research developed novel numerical models to investigate the prediction of traffic-related air pollution for strategic transport planning. It also compared public perceptions of air quality and pollution levels with those measured in the field using real-time monitoring.

My transportation research evolved from this work from 2005-19. It addressed the efficacy of hard and soft measures to manage traffic induced congestion within Surrey although the methodologies developed were portable outside the UK. It incorporated links into government policy including recent changes to legislation.

More recently, I have returned to the more mathematical modelling research with a quantitative study of the factors which influenced the propensity to cycle in England and Wales. This formed part of a larger initiative to identify the necessary infrastructure to incorporate more cycling in towns and cities as many of these are currently being re-developed as a consequence of the increase in population and car usage. This research was timely as new locations were being identified for re-development. Consequently, it had direct impact on local traffic and transportation planning and also the marketing strategies needed to encourage more commuters to cycle.

I collaborate with Dr Katherine Pond (https://www.surrey.ac.uk/people/katherine-pond) in CEE for my research related to water quality in developing countries.

We have recently secured 2 new research projects: (i) Capacity Building to improve small water supplies in Uganda (ii) a SCENARIO DTP2 studentship. This research work will build on previous research on water quality in Nigeria and evolve techniques that were initiated during my traffic-related air quality research.  In particular, the interaction matrix technique (based on a system analysis approach) will be applied to help develop tools for assessing water quality within a risk assessment platform. Water quality risk assessments (similarly to air quality) combine information across different disciplines for example, geology, biology and human behaviour. The interaction matrix approach will allow the impacts that the different parameters have on each other to be determined allowing water quality vulnerability maps to be generated.

The following are PhD/EngD projects

3. Why men and women cycle to work in England and Wales:  a geospatial analysis.

7. Comparison of spatial subsets in the analysis of air pollution data.

8. The development and application of an advanced screening model to predict air quality.

11. A numerical investigation of traffic-related pollutants in an urban area.

13. A study of the factors which govern the compressibility of chalk.

The following are PhD/EngD projects

3. Why men and women cycle to work in England and Wales:  a geospatial analysis.

I currently teach on 2 UG modules

This thesis uses geospatial analysis to examine cycling behaviours at multiple scales, seeking to understand the interactions between demographics and causal factors of commuter cycling mode share. It also examines the influence of vehicular traffic in detail and considers what actions local authorities might take to increase cycling levels.

Using both aggregate (area-based) and network (route based) modelling approaches, it identifies that the most important factors influencing cycling behaviours are hilliness, traffic, wealth, temperature and population density. Whilst these and other factors differ somewhat in their relative importance between demographic groups, differences in cycling rates are best explained by group-specific responses to the combined influence of all factors ? the relative utility of cycling. On average, women and older (>49) or younger (

Policy should work towards making urban areas compact, dense and traffic free, with vehicle speeds under 30kph and with suitable levels of cycling infrastructure along key corridors to work. Urban form should be designed primarily with female cyclists in mind and male cyclists will benefit accordingly.