Fueled by mass market demand, terrestrial consumer electronics continue to drive technology advancement in the field of microelectronics devices. Many of these technologies are spearheaded by the contributions of Small and Medium Enterprise (SME).

There is a clear opportunity to revolutionize space technologies by leveraging advancement in the commercial electronics market. However, despite the benefits to the space industry, it remains difficult for SMEs to get involved due to the significant cost, effort, time, and paper work to qualify parts for space applications.

The primary purpose of this spacecraft is as a technology demonstrator. Each SME in the consortium will be responsible for contributing a particular spacecraft subsystem. 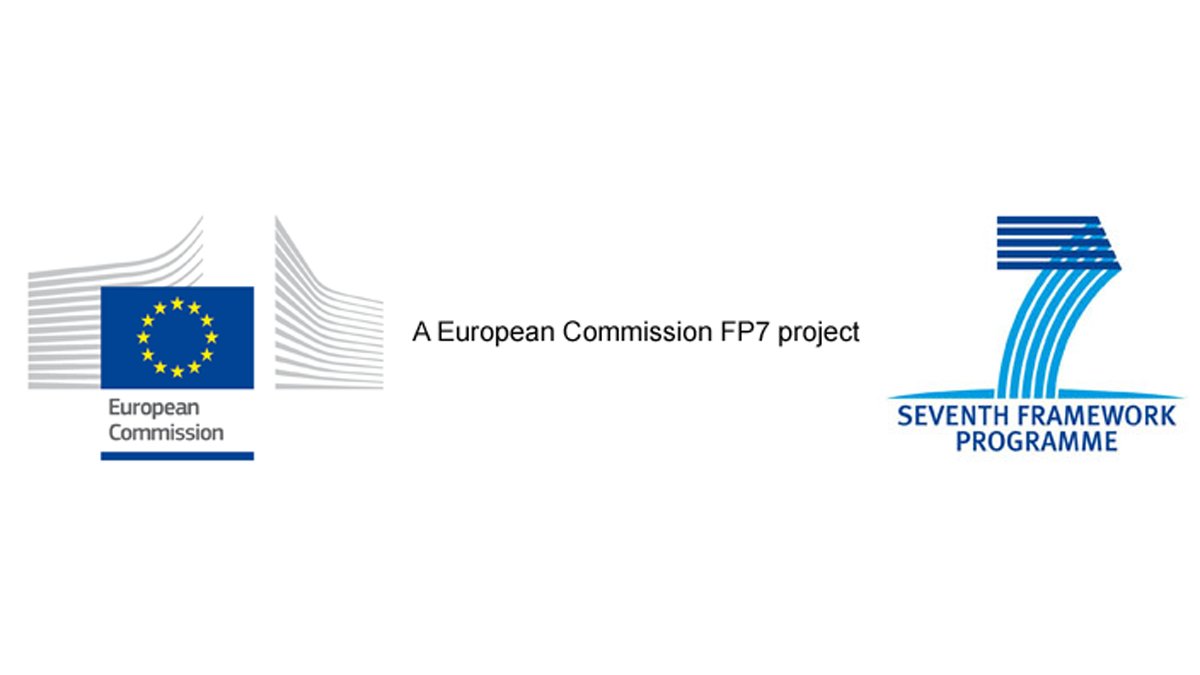 The primary purpose of this spacecraft is as a technology demonstrator. Each SME in the consortium will be responsible for contributing a particular spacecraft subsystem. These systems/subsystems will be integrated into a nanosatellite forming SME-SAT and allow Small to Medium Enterprises to space qualify and characterise their technologies in the environment of space.

The SME-SAT will be implemented using a 3U Commercially Available Off The Shelf (COTS) structure. This standard consists of a structure that has an external envelope of 100mm x 100mm x 340.5mm, internal envelope of 98.4mm x 98.4mm x 295.2mm (L x W x H). On the outside of this structure will be mounted a number of solar arrays that will provide power to the bespoke power system. Inside the structure are a number of PC-104 standard boards that provide the functionality discussed in the following subsections.

The primary objective of this project is to involve SMEs from the terrestrial sector on a space project and allow them to space qualify their technology. SME-SAT brings together one of the largest SME based consortiums ever to develop advanced space technologies based on terrestrial applications, which enables them to fully space qualify their technologies within 3 years of the project start date. This project represents a unique, unprecedented space mission, fostering a new alliance between SME’s, universities and a large scale space prime/integrator in which high risk technologies will be developed and fully tested in space using cubesats.

The particular payloads that will be demonstrated in this project include:

SME-SAT is a 3U CubeSat that incorporates 60% of sensors and systems developed by the SME partners. These systems act on top of a heritage backbone to de-risk the satellite bus. The core elements of the satellite are constructed from higher Technology Readiness Level (TRL) components in the form of:

Each of these systems will be evaluated to measure the performance on orbit. The satellite is expected to launch into a 550-620 km orbit using the ISIPOD CubeSat deployer.

To date, the SME-SAT consortium partners and staff have “Design, build, integrate and test platform and payload subsystem hardware and software into a new technology demonstrator mission based on the 3U CubeSat standard.”

As per the project goals, each subsystem has undergone new developments to raise the technology readiness level (TRL), and these results can be exploited for research and commercial purposes. Since 2013, the consortium partners have worked together to ensure that hardware and software interfaces allowed for a complete satellite model and minimal remedial work or loss of project time.

During this period the project was broadly on target, having produced the deliverables associated with our proposal for M6 and M12. This period continues into month 22 where the launch phase of the project begins. This period is focused on getting the satellite into its launch ready configuration. The next challenges in the next period were:

In 2015, the CubeSat underwent major mechanical and electrical redesign and review to ensure that each payload could be successfully accommodated inside the volume, and typical interfacing control documentation was utilised effectively to drive forward the manufacture of parts and payloads.

In the period between Jan – June 2016, the flight software was advanced in FreeRTOS and a new bootloader started in April given all subsystems were at Surrey. Ongoing issues were found however and the launch delays were exploited to reduce the risk in given failure modes. New solutions were underway to combine the push to break deployment switch with the EPS battery to prevent leakage in the event of long storage durations, and ISIS recently returned new solar panels with magnetic compensation loops to prevent satellite spin-up present in recent CubeSat missions.

In November 2015, the soft-stack of the flight model was documented online at YouTube and also demonstrated the boom deployment and sensor readings from the LEMI payload to confirm completion of boom deployment.

For this operation to be completed, a series of complex operations was required and was a major milestone. The sequence broadly checks the key platform subsystems, power switches, and payloads together with telecommanding, telemetry request handling, and 50 kB experiment data collection (50 kB). At this point, the team was satisfied with the software interfaces and the project entered project extension whilst awaiting launch with flight software and ground operations plans to be developed and completed.

The main results of this work are the soft-stack integration, functional testing, and limited qualification of the SME-SAT platform and payload subsystems. Due to an uncertain launch window, and outstanding deliverables from integration and development delays, the project was closed.

Despite this, the project has achieved many key milestones for the platform and payload providers including the advancements of new payloads that have CubeSat compliant mechanical, electrical, and software interfaces – and an initial qualification and characterisation of their technologies towards the environment of space.

As the satellite has a small amount of remedial work left to complete – it is the Surrey plan to submit to the EC or H2020 for future funding to complete final environmental tests, launch, and operate this largely complete satellite. 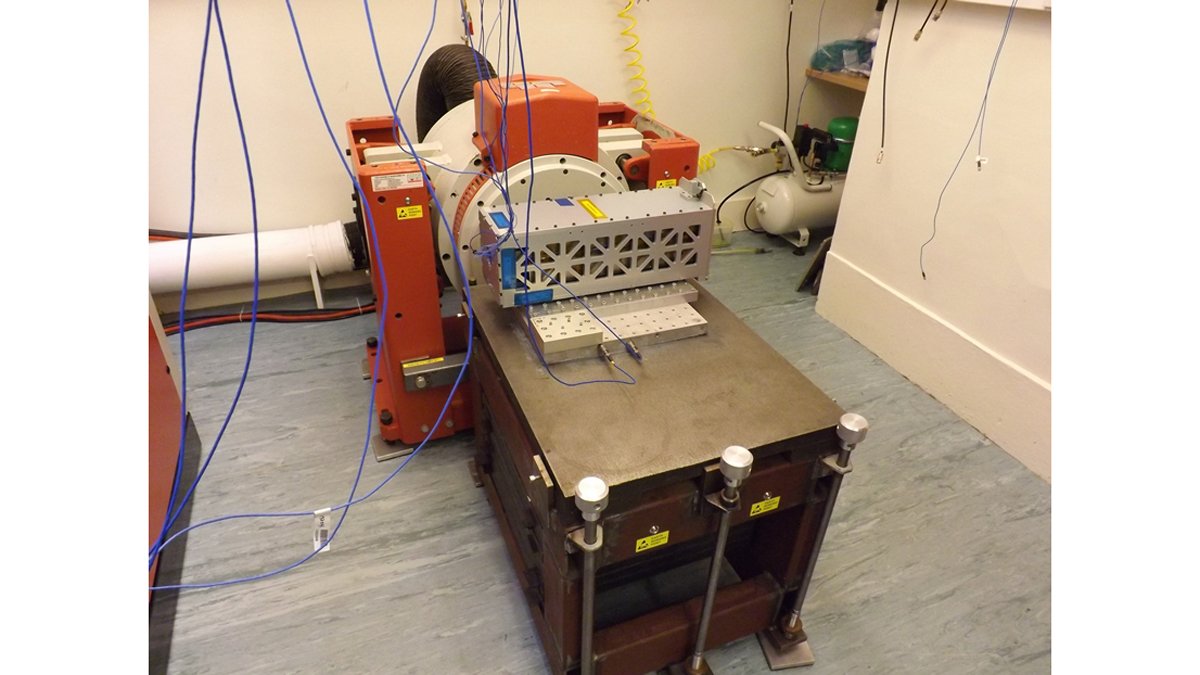 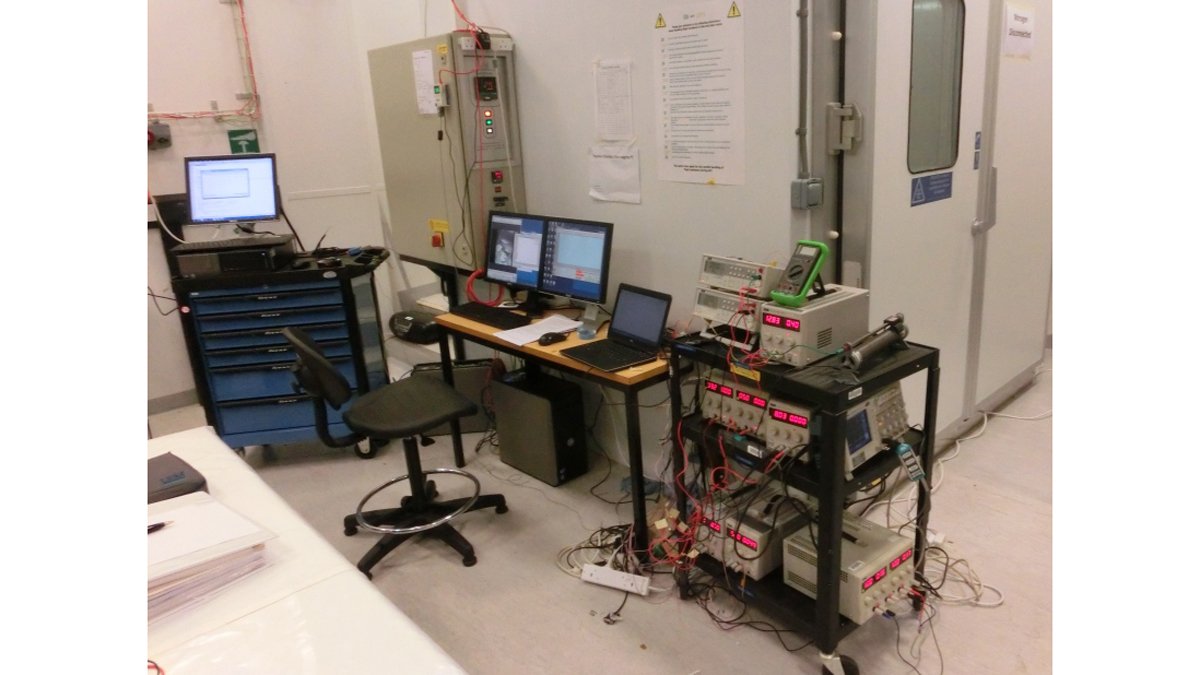 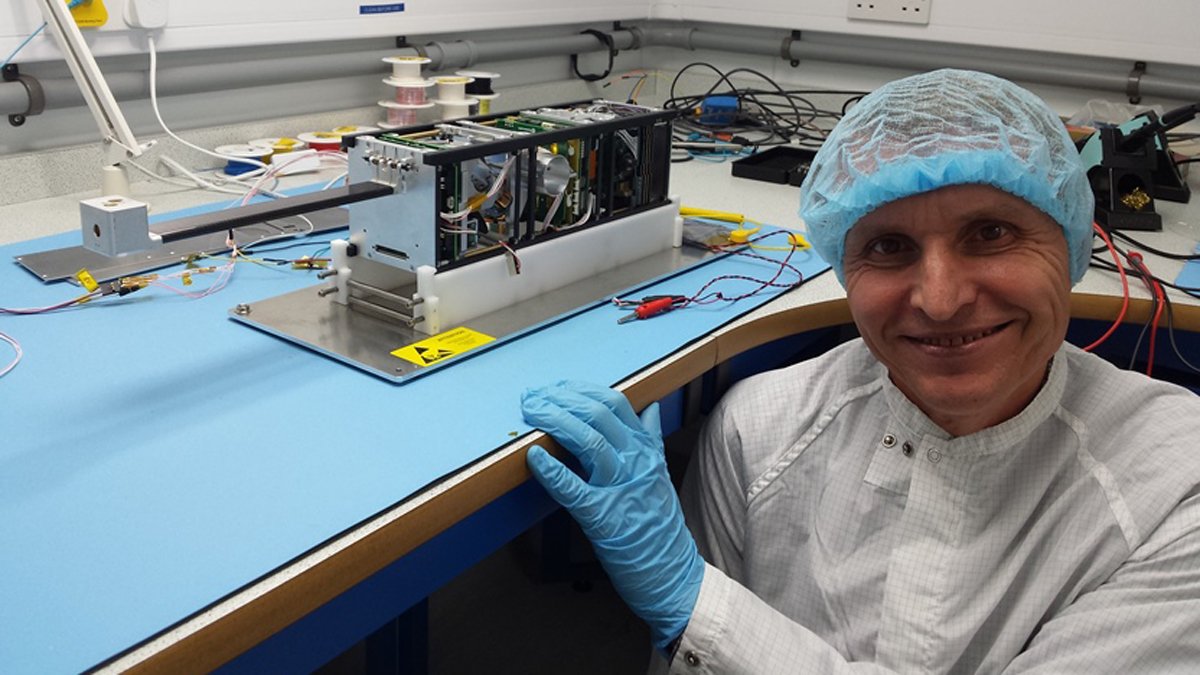 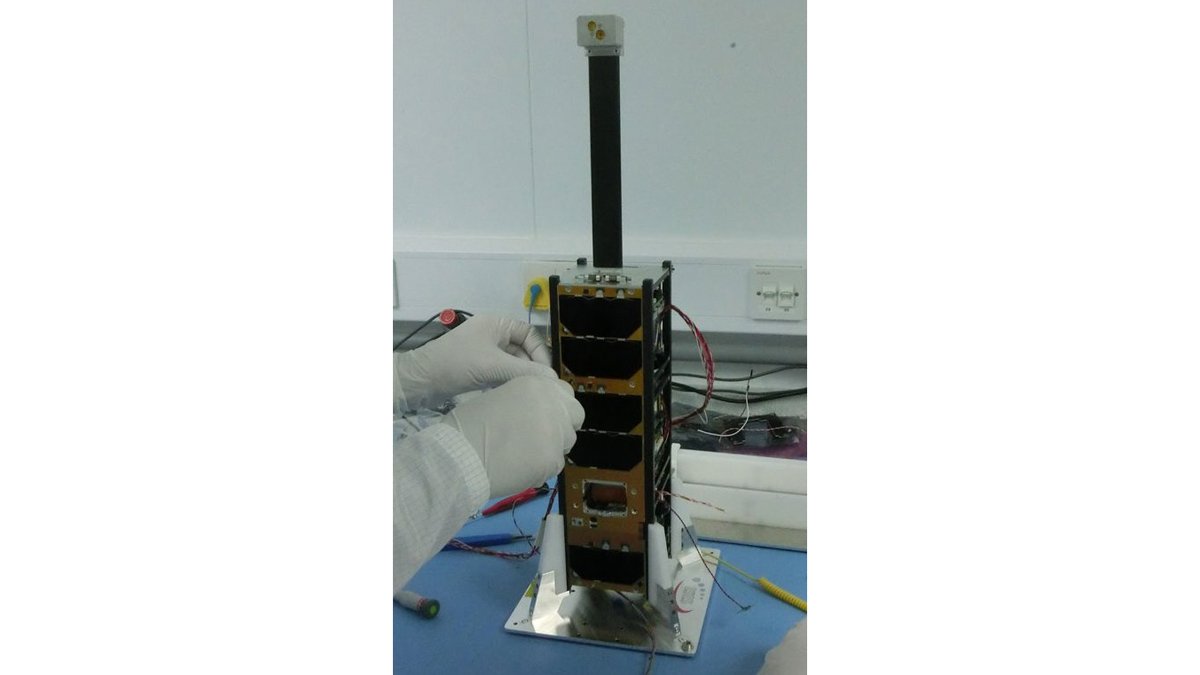 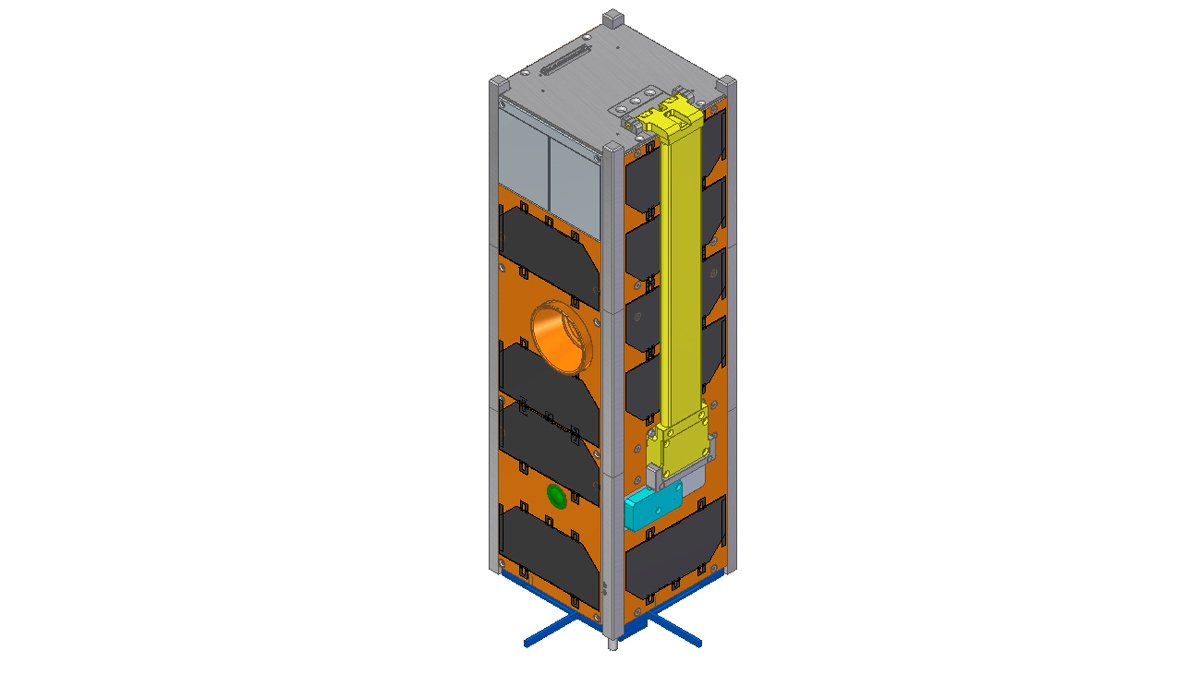 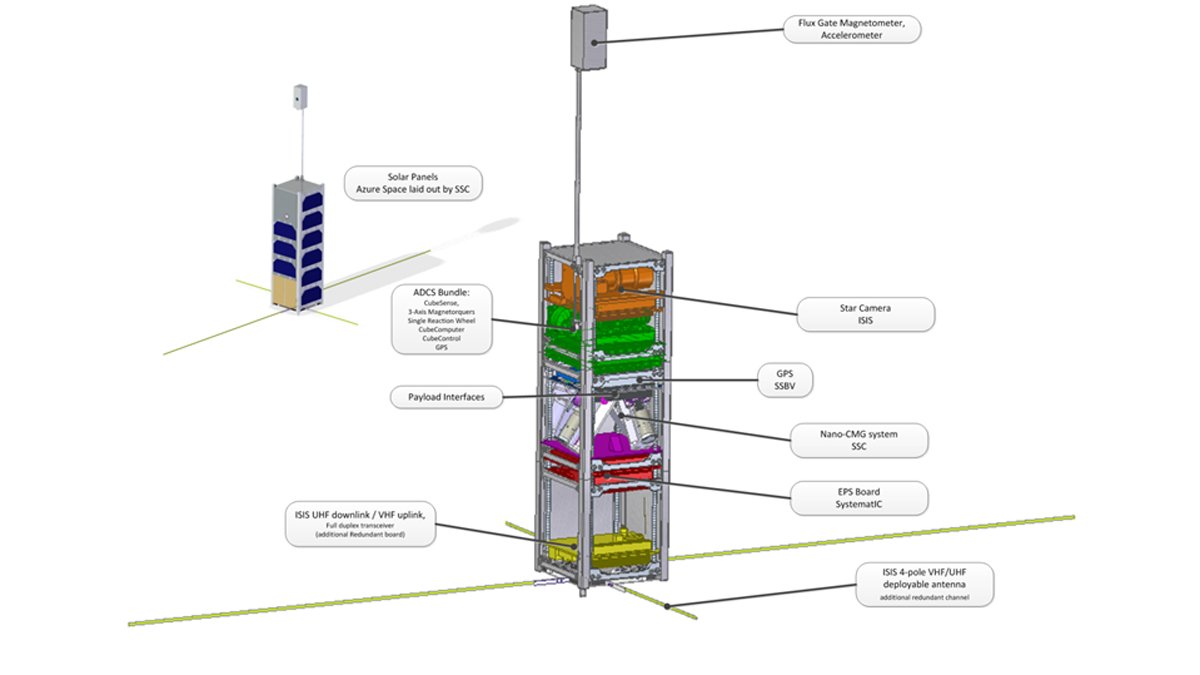 A summary of the hardware status and qualification is presented at project close. At the start of the project the qualification status of each subsystem was reviewed and a tailored qualification plan was generated. The intention of the development plan was to ensure that all hardware was at the same level of acceptance prior to launch. The tests conducted included inspection, functional testing, vibration, thermal testing.