We managed to synchronise our UoSat-2 and UoSat-12 satellites with a pre-existing formation.

One of the key advantages of using several satellites flying in close formation to achieve a mission objective, is the ability to replace satellites in the formation. For small low cost satellites, the turn around to build and launch is very short, ensuring the latest technology can be exploited in space. To achieve this requires an ability to synchronise a recently launched satellite with a pre-existing formation, which we managed between UoSat-2 and UoSat-12.

The hardest aspect of this synchronisation is bringing the satellite into the same orbital plane as the rest of the formation. This can only be achieved at the two points around the satellite's orbit where the two orbital planes intersect. The optimal way to bring the orbital planes together is in a single impulsive burn at the time of intersection. Plane change manoeuvres, however, are very costly in propellant and for small satellites this is not feasible. A different strategy therefore needs to be employed in which several incremental changes in plane are made through a series of repeated plane crossings.

An opportunity arose with the launch of UoSat-12 to try an experiment of maintaining a set of encounters where the two satellites would pass the common nodal line of their orbital planes at approximately the same time. This would allow the gradual plane change of one satellite into the orbital plane of the other. The opportunity rose serendipitously as the semi-major axis of UoSat-12’s orbit was just a few kilometres higher than one of the original Surrey satellites UoSat-2.

The orbital inclinations in this case were very different with one satellite being sun-synchronous and the other close to critical inclination. During the phase of the experiment that the sma of UoSat-12 was reduced, the orbital phase was also being adjusted so that the two satellites would meet each time they crossed each other’s orbital planes. A risk analysis was performed to show that the separation could be maintained above 10km. 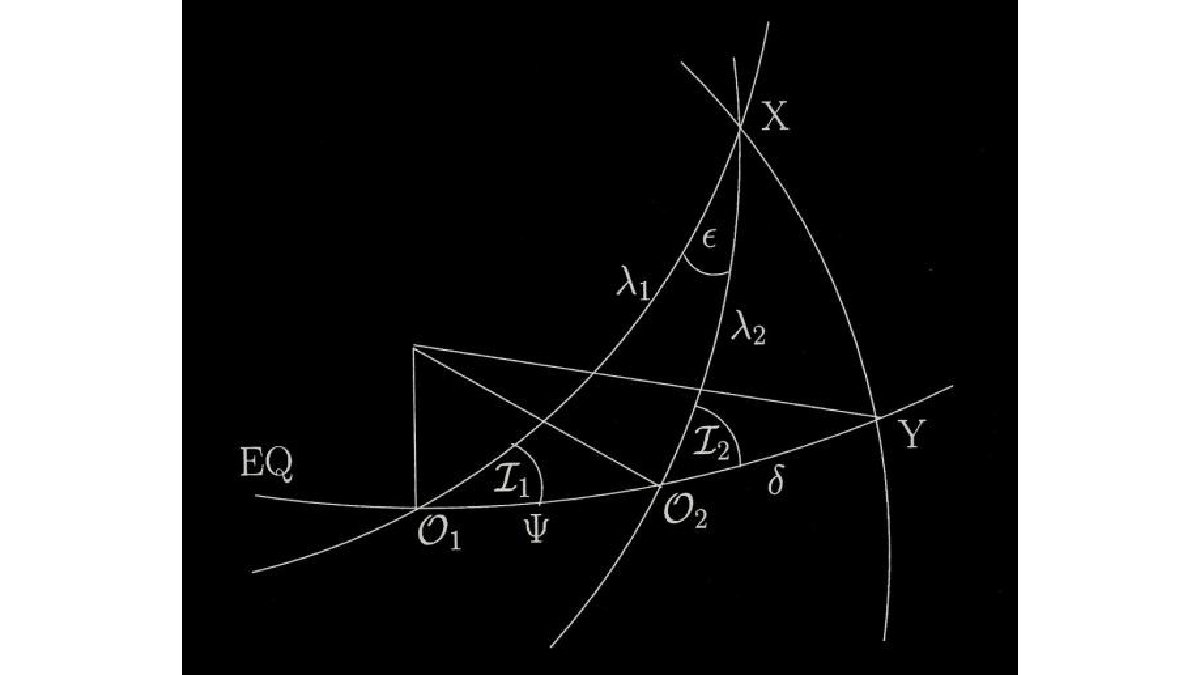 Due to the non-spherical nature of the Earth, the orbital planes drift around the Earth's equator at differing rates, so active control is required to maintain the orbit crossings at the same passage time. In order to determine whether the control system had been successful, we switched on an RF receiver on UoSat-12 to listen for the broadcast telemetry from UoSat-2.

We had the discriminator output (in kHz), which reflected the Doppler shift in the signal. This provides information about the relative motion between the two satellites at closest approach. A more accurate estimate of the encounter time comes from the zero crossing of this curve. The discriminator data can be tested by an orbit model fit which had an RMS fitting residual of 0.06 kHz.

Successive encounters were maintained over several orbits, each encounter lasting approximately 20 seconds. A table of encounter times and separations is given below.

Further information can be found in our Astrodynamics Research Group.

Built in just 6 months from scratch and launched from Vandenberg AFB on a Delta with Landsat-D on 1 March 1984, UoSAT-2 (UO-11) was still transmitting on 145.825 MHz AFSK-FM at 1200 bps after 26 years in orbit! The on-board batteries are exhausted, so the satellite now only operates in sunlight and has inactive beacons at 435.025 MHz and 2401 MHz.

UoSAT-2 carried a Digitalker speech synthesiser and experiments including magnetometers, a CCD camera, a Geiger-Muller tube and a microphone to detect micrometeoroid impacts. The satellite was instrumental in providing a communications link from the Canadian-Soviet Ski-Trek support teams to the expedition party in 1986. The position of the skiers' emergency beacon was calculated daily by Cospas-Sarsat ground stations and relayed to them, and thousands of amateur radio listeners, as a spoken message from the Digitalker on board UO-11. The message could also serve as an emergency channel to the skiers in the event that all other radio links failed.

UoSAT-2 also carried the Digital Communications Experiment that was the first digital packet store-and-forward payload on a microsatellite. Find out more about UoSAT-2's thirty years in space.