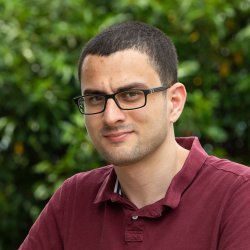 In the context of a flooding, a clear cloud-free SAR (Synthetic Aperture Radar) image proves mainly useful to retrieve flood features that can provide an extensive understanding of the disaster. Among these features, extremely important is the water depth on which this paper will focus by looking for a semi-automated algorithm for its estimation in the neighborhood of a given building from a pair of SAR images.

In this study, two SAR images acquired during dry and flooded conditions are necessary, as well as a DSM (Digital Surface Model) to give an a priori knowledge of the height of the building and its footprint. The whole process is divided into two main parts: First, an extraction of the building?s double-bounce contribution using Genetic Algorithms, then the computation of the inundated building?s height, to eventually evaluate the water level locally in the neighborhood of this building.

Thanks to the semi-automation of the double-reflection line retrieval, the execution time of the whole process was reduced from a few minutes (time to manually delineate the double-bounce line) to a few seconds, while keeping an error in the estimated flood depth in the order of a few decimeters (35cm on average).

Benoudjit Abdelhakim, Guida Raffaella (2018) A web application for the automatic mapping of the flood extent on SAR images,Proceedings of the 4th International Forum on Research and Technologies for Society and Industry (RTSI 2018) Institute of Electrical and Electronics Engineers (IEEE)
DOI: 10.1109/RTSI.2018.8548435

Flood is causing devastating damages every year all over the world. One way to improve the readiness of stakeholders (rescue authorities, policy makers, and communities) is by providing flood extent maps promptly after the disaster, preferably in an automated way and with a minimum number of satellite imagery to reduce costs. The web application developed in this paper aims to address this problem by mapping the flood extent automatically from SAR images.

This web application is portable since it runs on the internet browser, and allows to perform the classification of the flooding in an automated fashion. Another strong point is the rapidity of the processing: the whole processing time was around 3 to 5 minutes for a subset of 20 million pixels. The inundation map returned by our algorithm was validated against vector files mapped by the United Nations Institute for Training and Research (UNITAR) for the same flood event.

Regarding the dataset needed in this study, a pair of a preflood SAR image and an optical image of the same area were used to build a training dataset of water and non-water classes. The learning phase is immediately followed by the classification of the post-flood SAR image into a binary flood map. The web application described in this paper was built with open-source Python libraries which are backed by large communities (Django, Scikit-learn among others). The flood map was eventually displayed on OpenStreetMap maps provided by Mapbox.

Benoudjit Abdelhakim, Guida Raffaella (2019) A Novel Fully Automated Mapping of the Flood Extent on SAR Images Using a Supervised Classifier,Remote Sensing11(7) MDPI
DOI: 10.3390/rs11070779
When a populated area is inundated, the availability of a flood extent map becomes vital to assist the local authorities to plan rescue operations and evacuate the premises promptly. This paper proposes a novel automatic way to rapidly map the flood extent using a supervised classifier. The methodology described in this paper is fully automated since the training of the supervised classifier is made starting from water and land masks derived from the Normalized Difference Water Index (NDWI), and without any intervention from the human operator. Both a pre-event Synthetic Aperture Radar (SAR) image and an optical Sentinel-2 image are needed to train the supervised classifier to identify the inundation on the flooded SAR image. The entire flood mapping process, which consists of preprocessing the images, the extraction of the training dataset, and finally the classification, was assessed on flood events which occurred in Tewkesbury (England) in 2007 and in Myanmar in 2015, and were captured by TerraSAR-X and Sentinel-1, respectively. This algorithm was found to offer overall a good compromise between computation time and precision of the classification, making it suitable for emergency situations. In fact, the inundation maps produced for the previous two flood events were in agreement with the ground truths for over 90% of the pixels in the SAR images. Besides, the latter process took less than 5 min to finish the flood mapping from a SAR image of more than 41 million pixels for the dataset capturing the flood in Tewkesbury, and around 2 min and 40 s for an image of 19 million pixels of the flood in Myanmar.
Benoudjit Abdelhakim (2020) Operational mapping of the flood extent and depth from SAR images,
DOI: 10.15126/thesis.00853835
Flood is causing devastating damages every year all over the world. One way to improve the readiness of the different stakeholders is by providing flood extent and depth maps promptly after the disaster, preferably in an automated way to reduce costs. The availability of these flood maps becomes particularly vital to assist the local authorities to plan rescue operations and evacuate the premises promptly. In the event of flooding, a clear cloud-free image acquired instantaneously, is necessary to have a synoptic view of the affected area. In this context, remotely-sensed images are suitable to map inundations, particularly when harsh climatic conditions are encountered and the access to the affected site is impractical. Moreover, satellite-borne Synthetic Aperture Radar (SAR) sensors have been extensively used in the last two decades to monitor many flooding events by taking advantage of their ability to operate independently of the sunlight, and in cloudy conditions which are common during inundations. In the majority of previous studies working with SAR images for the detection of floods, the inundation extent is essentially the only information extracted. Although, for certain applications like the assessment of the damages caused, additional inundation characteristics are needed to give a thorough analysis of the inundation hazard, like the water level. The major advantage space-borne acquisitions have specifically over gauging stations is the global-availability and the spatial-continuity of their data. A semi-automated process was proposed in this thesis to estimate the flood depth locally in the vicinity of an inundated building from a pair of high-resolution SAR images using Genetic Algorithms followed by the inversion of an urban backscattering model. One potential application of this method is to assist insurance companies in the assessment of the damages incurred by buildings and structures in flooded urban areas. Another way satellite SAR imagery can support decision makers in increasing the preparedness, is through flood extent maps. The online web application presented in this thesis addresses the issue of the flood extent mapping from SAR images promptly following the disaster, using a supervised classifier trained automatically without any intervention from the human user. This web application allowed to delineate the extent of the flooding, and managed to reach an accurate classification of the SAR image in a reasonable time. The important advantage to emphasize is the fact that the whole process is quick and automatic, which makes it useful to assist response authorities and the affected communities during emergency situations.