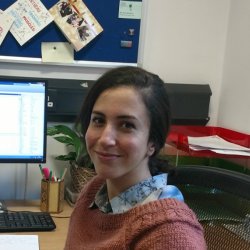 Faculty of Engineering and Physical Sciences, Department of Electrical and Electronic Engineering.

Seddaoui Asma, Saaj Chakravarthini (2017) Optimised collision-free trajectory and controller design for robotic manipulators,Proceedings: 14th Symposium on Advanced Space Technologies in Robotics and Automation ESA Bulletin
Path planning and collision avoidance are two crucial interconnected algorithms used to perform desired tasks for both fixed and moving base manipulators. In this paper, the collision-free trajectory generation algorithm presented for capturing a stationary target is a newer form of the state-of-the-art method using cycloids. It is further optimised to minimise the distance between the obstacle and the manipulator. A control algorithm using the Computed Torque Control to accurately track the pre-designed trajectory is discussed. The simulations results presented in this paper verify the efficacy and robustness of the controller based on the non-linear dynamical model of the robotic manipulator. The optimised collision-free trajectory resulted in smooth joint displacement, velocity and acceleration. Moreover, the algorithm presented can be applied to ground based and space based stationary or moving robotic manipulators.
Seddaoui A, Saaj C M (2018) H INFINITY CONTROL FOR A CONTROLLED FLOATING ROBOTIC SPACECRAFT,ESA Bulletin International Symposium on Artificial Intelligence, Robotics and Automation in Space (i-SAIRAS)
A robotic spacecraft, that can be used for a variety of missions in-orbit, is highly challenging to control due to the dynamic coupling between the arm and the spacecraft base. In addition to the dynamic coupling, there are internal and external disturbances that require a robust controller to be tackled. In this paper, the mission concept of a chaser controlled floating robot used for the capture of a target in-orbit is introduced where the dynamical model of the system is derived with respect to the target frame. An H? controller is designed for this system to first reduce the relative range between the chaser and the target then track the pre-designed trajectory for the robotic arm. The simulation results are based on a 12 degree of freedom robotic spacecraft in the presence of internal and external disturbances
Jackson Lucy, Saaj Chakravarthini M., Seddaoui Asma, Whiting Calem, Eckersley Steve, Hadfield Simon (2020) Downsizing an Orbital Space Robot: A Dynamic System Based Evaluation,Advances in Space Research Elsevier
Small space robots have the potential to revolutionise space exploration by facilitating the on-orbit assembly of infrastructure, in shorter time scales, at reduced costs. Their commercial appeal will be further improved if such a system is also capable of performing on-orbit servicing missions, in line with the current drive to limit space debris and prolong the lifetime of satellites already in orbit. Whilst there have been a limited number of successful demonstrations of technologies capable of these on-orbit operations, the systems remain large and bespoke. The recent surge in small satellite technologies is changing the economics of space and in the near future, downsizing a space robot might become be a viable option with a host of beneýts. This industry wide shift means some of the technologies for use with a downsized space robot, such as power and communication subsystems, now exist. However, there are still dynamic and control issues that need to be overcome before a downsized space robot can be capable of undertaking useful missions. This paper ýrst outlines these issues, before analyzing the effect of downsizing a system on its operational capability. Therefore presenting the smallest controllable system such that the benefiýts of a small space robot can be achieved with current technologies. The sizing of the base spacecraft and manipulator are addressed here. The design presented consists of a 3 link, 6 degrees of freedom robotic manipulator mounted on a 12U form factor satellite. The feasibility of this 12U space robot was evaluated in simulation and the in-depth results presented here support the hypothesis that a small space robot is a viable solution for in-orbit operations. Keywords: Small Satellite; Space Robot; In-orbit Assembly and Servicing; In-orbit operations; Free-Flying; Free-Floating.