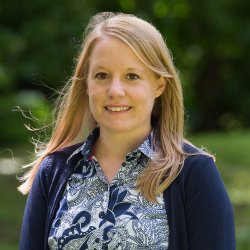 Madeleine completed her PhD at The University of Western Australia's Centre for Energy focusing on the use of ultrasound for the pretreatment of lignocellulosic biomass for biorefinery applications. As part of her PhD, Madeleine spent some time at Beijing Forestry University and at Qingdao Institute of Bioenergy and Bioprocess Technology, (QIBEBT) where she worked on biomass pretreatment and characterisation. As well as working with ultrasonic interactions with lignocellulose, Madeleine explored the response of sonochemistry to variations in the reactor configuration.

Madeleine moved to Surrey in 2013 where she was involved with biorefinery supply chain optimisation, based on a techno-economic assessment of a novel treatment of lignocellulose. Since moving to Surrey Madeleine was appointed as a lecturer (later promoted to senior lecturer) and is currently involved in projects on waste water treatment, sustainable hair dyes, parametric studies on sonochemical effects, biomass processing and classification, and ultrasonic effects in biological systems. 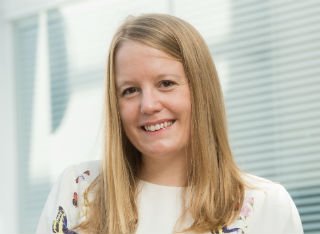 08 January 2019
Hair dye is toxic - could natural alternatives be made to work?
Author
The Conversation
15 October 2019
Surrey project to clean up chemicals in global waters receives boost from Royal Academy of Engineering
07 July 2020
Most people carry remnants of a chemical pollutant – ultrasound technology can help clean it up
Author
The Conversation

Madeleine enjoys research in the area of ultrasound and sonochemistry for applications in process and chemical engineering. This comes from a background of ultrasonic processing of biomass and has expanded to general ultrasonic applications and research into the conversion of lignocellulose and waste to value added products.

Chemical reactions of ultrasound: parametric effects, gas-liquid reactions and the sonochemistry of lignin.

Ultrasonic degradation of per- and polu-fluoroalkyl substances: Remediation of impacted waters using ultrasound

Per- and polyfluoroalkyl substances (PFASs) comprise ultra-persistent, highly mobile and bioaccumulative pollutants that contaminate water sources. These chemicals are highly stable and very difficult to destroy. They can accumulate in people and crops, leading to health problems. In collaboration with Dr Ian Ross at Arcadis and Prof Jochen Mueller at the University of Queensland we are investigating using cavitation generated by ultrasonic waves to mineralise PFAS pollutants.

We are looking into the supply chain involved around an organic waste conversion technology that uses black soldier flies to turn food waste into animal feed such as fish, chicken and pet food. This project is a collaboration between the Centre for Environmental Strategy, Chemical and Process Engineering and Inspro Ltd involving Surrey team with Prof Angela Druckman, Dr Franjo Cecelja and Dr James Suckling.

Here we are a large consortium involving 5+ universities and 8+ industrial partners and I am specifically involved in the conversion of lignocellulose to value-added products. The project funds cross disciplinary collaborations that facilitates me to spend time at different companies over the duration of the project. I am excited to be involved in collaborations with Chimar, the Bioprocess Pilot Facility and Monash University's Bioresource Processing Research Institute of Australia.

In general, bubble surface instabilities (herein known as bubble transience), increase sonochemical (SC) processes and decrease processes, such as sonoluminescence (SL), that require higher collapse intensities. However, there is a limited understanding of how SL and SC processes are impacted by bubble transience in a practical sense. Thus, research and experimentation was based on the variation of parameters that would affect transience which, in turn, would determine ultrasound process outcomes.

Firstly, the ultrasonic system was characterised using SL, and the SC processes of sonochemiluminescence (SCL) and potassium iodide (KI) dosimetry. Frequencies of 20 kHz (ultrasonic horn) and 44, 300 and 1000 kHz (ultrasonic plates) were used with applied flow rates of 0, 24, 228 and 626 mL / min. These frequency and flow settings were used throughout the work unless otherwise specified. The SCL and dosimetry showed disparities throughout, attributed to changes in the energy of collapse, fragmentation and oxygen concentration / solvated electrons. At low frequency, SCL and dosimetry increased under more transient collapse conditions, as measured by the minimisation of the more pyrolytic process of SL. Here, it was theorised that bubble fragmentation and radical transfer to solution, favoured dosimetry over SCL. Further, where SL and SCL activity overlapped they showed the expected reciprocal relationship of decrease / increase with bubble transience, but where activity differed there was poor correlation.

Then, the impact of bubble transience on the intensity of collapse on SL from KI solutions (0.1, 1 and 2 M) under fluid flow and stabilised conditions were studied. At 20 kHz (horn) and 44 kHz (plate), flow reduced bubble coalescence and clustering, increasing SL intensity. However, for the 44 kHz system, at higher flow rates, bubble transience could also reduce SL. With an increase in KI concentration, at low frequency (44 kHz), localised activity could be expanded, then at higher frequencies (300 and 1000 kHz), SL activity increased towards the transducer. This indicated reduced attenuation of the sound field, attributed to a reduction in bubble size / clustering with the salt. An increase in standing wave formations (plate) or activity at the horn tip, with power (20 kHz), stabilisation (44 and 300 kHz) or flow (1000 kHz), allowed flow and salt concentration to reduce bubble coalescence / clustering in those regions. This effect could negate a decrease in SL, with increase in KI concentration at low frequency, as previously observed by other authors.

To understand how bubble transience affected SC and SL processes, the degradation of phenol and SL from phenol under fluid flow (and stabilised) conditions was investigated. Flow could augment phenol degradation at all frequencies. For the 20 kHz (horn) and 300 kHz systems, phenol degradation correlated with iodide dosimetry which suggested an oxidative process, however, 44 and 1000 kHz showed poor correlation. At 44 kHz, degradation was hypothesised to occur inside the bubbles under transient (flow) bubble conditions, as indicated by SL quenching when degradation was maximised. This was theorised to occur via nanodroplet / rectified diffusion mechanisms. At 1000 kHz the disparity between phenol degradation and iodide dosimetry was attributed to a reduction in collapse intensity and fragmentation which affected the reaction schemes. Here, the fragmentation conditions with flow were not sufficient to increase the dosimetry, whereas for degradation, fragmentation was less influential. SL analysis for higher concentrations of phenol (horn and plate transducers) showed that intensity could be increased with flow / stabilisation. This was attributed a reduction in coalescence / clustering by both flow and the surface properties of the phenol.

Natural antimicrobials are of interest to replace traditional food decontamination methods: they are milder and maintain desirable sensory characteristics. However, efficacy can be affected by food structure/composition, thus structural effects in a co-culture pathogen/microflora system are investigated. Listeria was grown planktonically (liquid broth) or on a biphasic viscoelastic system, in monoculture with/without artificial nisin, or in co-culture with L. lactis (nisin/non-nisin producing). Microbial growth kinetics were monitored and advanced microscopy techniques were utilised to quantify cellular interactions and spatial organisation.

Microstructural effects are observed on the kinetics, with differences in monoculture/co- culture. Significant microscopic differences are observed in spatial organisation and colony size. We are the first to observe changing growth location for all species in monoculture/co- culture, with differences in colony size/organisation through stationary phase. This study provides insight into the environmental stress response/adaptation of Listeria grown on structured systems in response to L. lactis and natural antimicrobials.