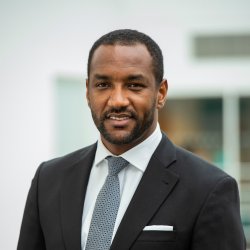 Manuel Alector Ribeiro (PhD) is a Lecturer in the School of Hospitality and Tourism Management at the University of Surrey, UK. He also serves as Programme Leader in the BSc of International Tourism Management and as SHTM International Student Exchange Coordinator. He obtained his PhD in Tourism Studies and MSc in Tourism Management and Development, both from the University of Algarve, Portugal; and a BA (Hons) in Translation Studies from Polytechnic Institute of Castelo Branco, Portugal. He has research interests in applied quantitative methods and modelling to the field of tourism, hospitality and events, community support for sustainable tourism development, consumer behaviour, the political economy of tourism, public trust in tourism institutions, and women entrepreneurship in tourism and related services, mainly in the developing countries. His work is published in leading international journals in the field of tourism such as Tourism Management, Journal of Travel Research, Journal of Sustainable Tourism, International Journal of Tourism Research, etc. and he also serves as a reviewer for many journals in the fields of tourism and hospitality. He serves on the editorial board of the Journal of Travel Research.

2018
Postgraduate Certificate in Learning and Teaching in Higher Education
University of Surrey
2017
Ph.D in Tourism Studies

Find me on Google Scholar and Research Gate

TOURISM AND MEGA-EVENTS IN BRAZIL: Host Community Support, Identity, Emotion and Trust In Organizing Committees.
Principal investigator on a project funded by the National Council for Scientific and Technological Development, Brazil: 2014 – 2016 (£ 100,000. Grant number: 487780/2013-2) in collaboration with colleagues from the University of São Paulo (Brazil) and Washington State University (US). The objective of the this research project is to measure the impact of a mega-sport event (2014 FIFA World Cup) in Brazil.
WOMEN’S ENTREPRENEURIAL JOURNEYS THROUGH TOURISM IN SUB-SAHARAN AFRICA

Tourism in Cape Verde. Profile and Valuation of the Traveler. In recent years, the islands have had a significant change in its economic structure that is reflected in a significant increase in their economic development. This paper describes the transformation that Cape Verde has taken in the last decade, thanks mainly to tourism and the increase of the construction sector. In addition, the results of this study present the review and assessment of different variables related to tourism and foreign travelers who visited the main tourist island of the country, the island of Sal. Accordingly, this study is based on surveys applied to foreign tourists who visit the island in All-Inclusive System. The findings show a high level of satisfaction of foreign tourists, especially related to the beaches, the hospitality of local people and the weather. However, it must be emphasized the need to facilitate and simplify the procedures of the entry of tourists in the country and the increasing of the shopping areas. The study's practical implications and limitations are also discussed.