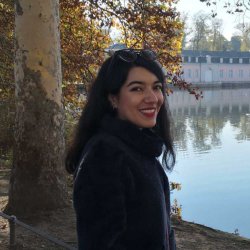 I am currently starting the second year of my PhD on "Time-series Representation and Analysis Using Machine Learning Techniques" at the Centre for Vision, Speech and Signal Processing (CVSSP), University of Surrey. My supervisor is Professor Payam Barnaghi and my co-supervisor is Dr Shirin Enshaeifar.

My research is about representing time-series data in patterns and analysing these patterns using Machine Learning techniques. The aim is to gain insights and knowledge from time-series data which can be used in different domains; health-care, finance, multimedia, smart cities and etc. With this information, we are going to understand the previous trend of data in addition to predicting the future trend of it which can be used in strategic planning.