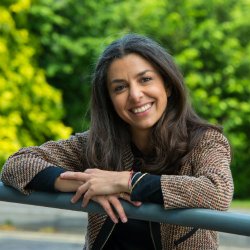 Cristina Alaimo is a Lecturer (Assistant Professor) in Digital Economy at Surrey Business School, University of Surrey. She holds a Ph.D. in Information Systems from the Department of Management, London School of Economics and Political Science. Cristina is interested in investigating the dynamics and effects of social computing -the growing importance data on users assume in the digital economy. More specifically, her work examines mechanisms and consequences of data production and sharing within and across platforms and platform ecosystems. Recent publications include: “Encoding the Everyday: The Infrastructural Apparatus of Social Data” (2016, with Jannis Kallinikos, in: Big data is not a monolith: policies, practices, and problems. MIT Press) and “Computing the Everyday: Social Media as Data Platforms” (2017, with Jannis Kallinikos in The Information Society, 33/4).