Bespoke is exploring a new kind of inclusive design for a post-industrial Digital Britain. 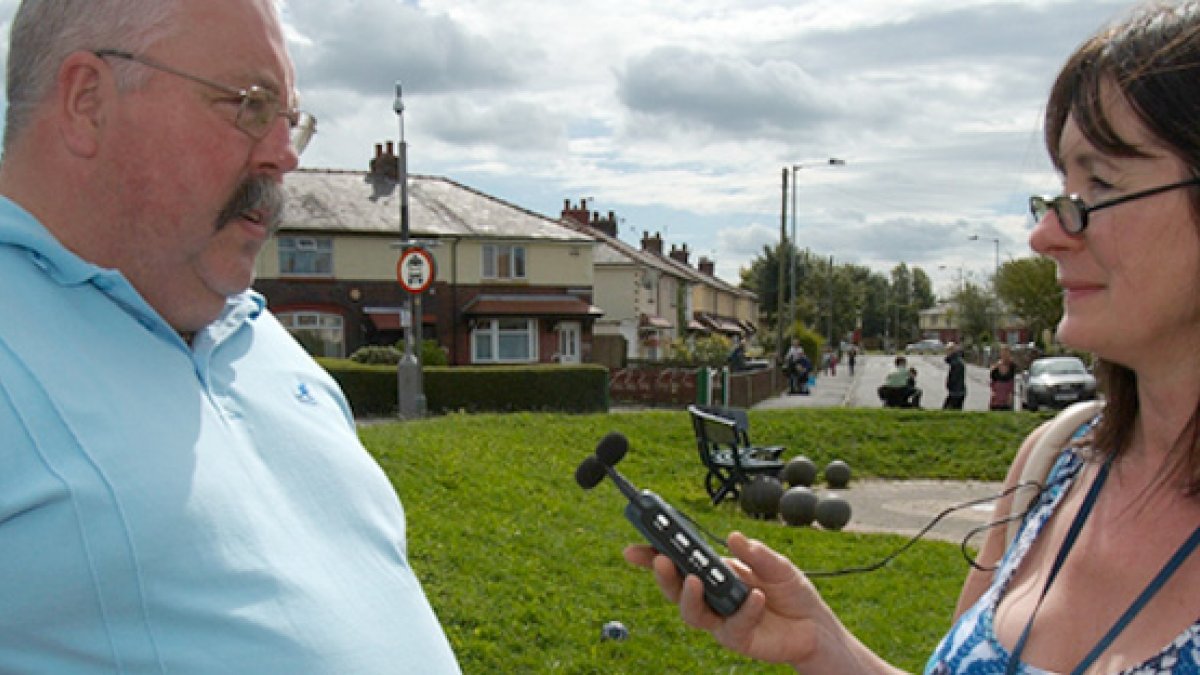 In a future where products can be made and customised for individuals, existing methods of user-centred design for a mass market need to be adapted and democratised. Local people need to be brought into this process to work alongside designers in making technology more relevant and appropriate to their lives. This will close the digital divide by enabling people themselves to be more proactive in shaping and defining the technology around them.

Many people in the UK are currently excluded from the benefits of digital technologies and the connections to other people, businesses and groups that these provide. These technologies are not affordable by the poor and not usable by many older or disabled people, leading to a double exclusion from the digital and social world around them.

In this project we aim to tackle this problem at a neighbourhood level, by helping local people to tell their own social exclusion stories and using these stories to inspire simple bespoke design solutions created with and for the excluded people. Working closely with communities in the Preston area and their local news media, we will give residents training in how to identify and report needs through a daily community newspaper and broadcast. Community members will then prioritise needs to be discussed in design workshops in the Sandbox: a media centre in the heart of the city. Designers on the project will take away concept solutions generated in these discussions to create new bespoke digital objects connecting people to each other and people to existing content and services on the web. A philosophy of the project is to make these as radically simple a possible, using familiar objects and behaviours from the real world. For example, someone without email could receive messages on a letterbox printer and reply in handwriting using a scanning postbox. The resulting artefacts and solutions will then be placed back into the community for feedback and comment in the ongoing community news system.

This project is a collaboration with the Universities of Newcastle, Central Lancashire, Falmouth and Dundee. It is funded by the EPSRC for 24 months from 1st April 2009. It arose from the Sandpit entitled ‘Design in the Digital World’, and is part of the Digital Economy programme: http://www.epsrc.ac.uk/ResearchFunding/Programmes/DE/CurrentProjects/digitalworld.htm http://www.ddw.org.uk/home

This project is led by Professor David Frohlich and the researcher at Surrey is Dr. Alicia Blum-Ross.

More information on this project can be found at the Bespoke website.

Blum-Ross A. (2011) Participatory video and design: Examples from the Bespoke project. Proceedings of the Participatory Innovation Conference PINC 2011. University of Southern Denmark.