The project explored a new form of community storytelling based on printed audiophotos played from a circular table. Two artists were commissioned to record local story content for the table in the Govan area of Glasgow. This content was exhibited in the community and evaluated as a piece of new media art. 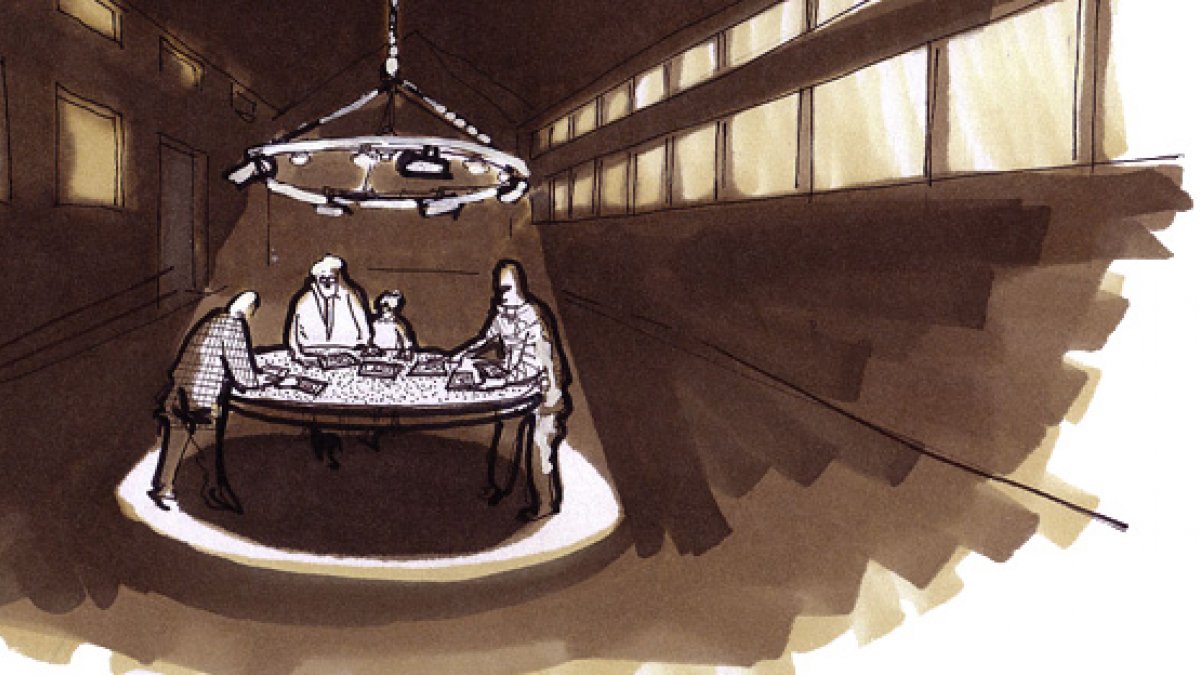 "Weegie" is an interactive, mixed-media installation, which uses the new technology of "audiophotography" to explore new ways of telling stories. Pre-recorded audio files are triggered by placing photographs onto the surface of the "Weegie" table, which can accommodate up to 18 different images at any one time. The audio is played through small speakers, positioned around the table; the surface of which acts as the physical control interface – pull the image closer to you, the soundtrack gets louder. Push it away to lower the volume. Pass it across the table to the person opposite and the sound appears there!

Above all it is the ability to layer various soundtracks across each other, in real time, which demonstrates the real advantage of the "Weegie" over more conventional audio content formats; each "story" is built around a principal narrative, augmented with sound effects, music etc, each recorded as a separate audiophotograph and triggered by placing it on the table.

These compositional "sets" are then re-configured by the listener as they interact with the stories, but there are no rules and no synchronised starts, so every hearing of each story will be a unique experience. Inevitably sets will get mixed up during the show, and it is hoped that this will throw up some very different versions of each story – these are the moments that more conventional, linear, "exhibition" narratives attempt to eradicate, and that we wish to explore.

Working with different community groups and individuals, Pavilion Design Studio have collated 6 audiophotography sets for local exhibition and feedback, both by end users and new media art critics. In this way the project aims to explore the properties of this new medium for creative expression of oral histories and to challenge conventional approaches to technology evaluation.

This project was a collaboration with the University of York, the Govan Initiative and Pavilion Design Studio, Glasgow. It was partially supported by the EPSRC "Leonardo" network on Culture, Creativity and Interaction Design, and ran during 2006/7.