Audiophotography is the practice of capturing sounds with still images (Frohlich 2004, 2015). Aesthetically, it lends itself to the assembly of audiophoto narratives telling a digital story in the form of a short film. Such narratives lead the viewer through a series of audiovisual scenes which may or may not have spoken explanations. 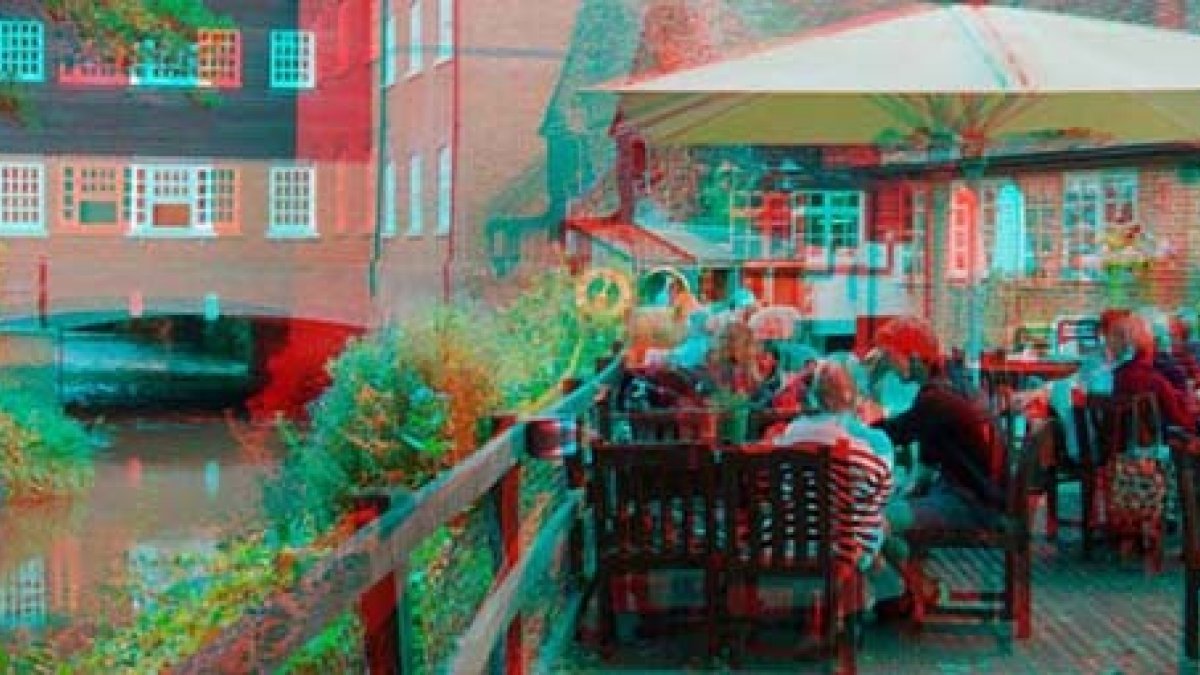 In this project we aim to develop and explore the immersiveness of this medium from both an artistic and engineering point of view.  Using state of the art 3D image and spatial audio capture equipment we will make a number of audiophoto narratives at large scale, creating the impression of inhabiting a narrative or story space.  We will experiment with the boundaries of still and moving image, and the opportunities created by the use of multiple screens for immersive content and storytelling.  This will result in an exhibition of work in the summer of 2017.

This is part of the sabbatical work of Kaihe Guo, a Visiting Researcher at Digital World Research Centre from 1.9.16 for 12 months. Her sabbatical is funded by a Chinese Government Scholarship and support from her home institution, which is the Communication University of China in Beijing. The full project team includes: David Frohlich (interaction design and sound recording), Ethel Davies (3D photography), Jean-Yves Guillemaut (3D image capture and display), Philip Jackson (3D audio capture and playback), Christian Kroos (software engineering).

Digital World and the Centre for Vision Speech and Signal Processing put on an exhibition called Immersions. This was held in the Lewis Elton gallery at the University of Surrey between 5th-8th July 2017, with a public lecture and private view on the evening of the 4th.

The exhibition featured three installations on the immersive properties of water, using the immersive media of 3D and panoramic image, 3D sound and even wind induced by a computer-controlled fan. The works explored the combination of sound and image from an artistic perspective, in contrast to more scientific and technical studies of audiophotography carried out by David Frohlich in the past.  Each installation showed something of what it would be like to get inside a photograph...

Gliding under the surface of a photograph, sinking into the depth of sound, being washed away by video.
Concept: David Frohlich
The exhibition presents the following works:

Ethel Davies
Transfiguration of water: From gas to solid
The changing nature of the liquid form
A film of still stereographic images with sound

A write-up of the opening night of the exhibition is here.