We will be hosting three keynote speakers at ESORICS 2020. Here you can find information about the speakers, Aggelos Kiayias, Rebecca Wright, and Vadim Lyubashevsky, and their presentations. 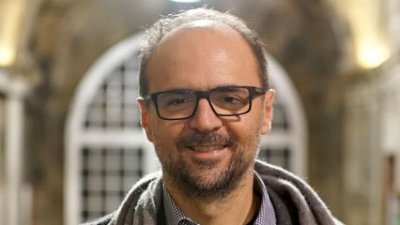 University of Edinburgh and IOHK, UK

In the last decade, decentralisation emerged as a much anticipated development in the greater space of information and communications technology. Venerated by some and disparaged by others, blockchain technology became a familiar term, springing up in a wide array of expected and sometimes unexpected contexts.

With the peak of the hype behind us, in this talk I look back, distilling what have we learned about the  science and engineering of building secure and reliable systems, then I overview the present state of the art and finally I delve into the future, appraising this technology in its potential to impact the way we design and deploy information and communications technology services.

His research interests are in computer security, information security, applied cryptography and foundations of cryptography with particular emphasis in blockchain technology, e-voting systems and privacy-preserving protocols and identity management.

His distinctions include an ERC grant, a Marie Curie fellowship, an NSF Career Award, and a Fulbright Fellowship. He holds a Ph.D. from the City University of New York and he is a graduate of the Mathematics department of the University of Athens. He has over 100 publications in journals and conference proceedings. 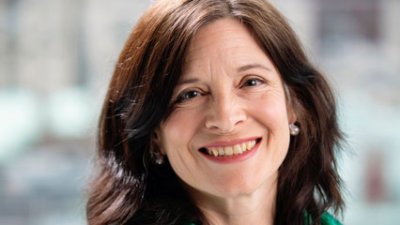 Accountability is used often in describing computer-security mechanisms that complement preventive security, but it lacks a precise, agreed-upon definition. We argue for the need for accountability in computing in a variety of settings and categorise some of the many ways in which this term is used.

We identify a temporal spectrum onto which we may place different notions of accountability to facilitate their comparison, including prevention, detection, evidence, judgment, and punishment. We formalise our view in a utility-theoretic way and then use this to reason about accountability in computing systems.

We also survey mechanisms providing various senses of accountability as well as other approaches to reasoning about accountability-related properties.

This is joint work with Joan Feigenbaum and Aaron Jaggard.

Her research is primarily in the area of information security, including cryptography, privacy, foundations of computer security, and fault-tolerant distributed computing. Recent work includes accountability, differential privacy, privacy-preserving data mining, and secure multiparty approximations. Her ongoing research goals are the design of protocols, systems, and services that perform their specified computational or communication functions even if some of the participants or underlying components behave maliciously, and that balance individual needs such as privacy with collective needs such as network survivability and public safety.

Dr Wright serves as an editor of the International Journal of Information and Computer Security and the Transactions on Data Privacy. She is a member of the board of the Computing Research Association's Committee on Widening Participation in Computing Research (CRA-WP). She was a member of the board of directors of the International Association for Cryptologic Research from 2001 to 2005 and the steering committee of the Information Security Conference from 2006 to 2010, and an editor of the Journal of Computer Security from 2001 to 2011.

She was Program Chair of Financial Cryptography 2003 and the 2006 ACM Conference on Computer and Communications Security (CCS) and General Chair of Crypto 2002. She has served on numerous program committees, including Crypto, the ACM SIGKDD International Conference on Knowledge Discovery and Data Mining, and the Usenix Security Symposium. She received a PhD in Computer Science from Yale University in 1994 and a BA from Columbia University in 1988. She received an honorary M.E. from Stevens Institute of Technology in 2006. She is a Fellow of the IEEE and a Distinguished Member of the ACM. 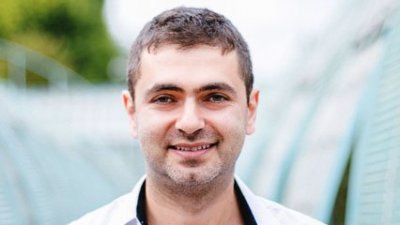 Building cryptography based on the presumed hardness of lattice problems over polynomial rings is one of the most promising approaches for achieving security against quantum attackers. One of the reasons for the popularity of lattice-based encryption and signatures in the ongoing NIST standardisation process is that they are significantly faster than all other post-quantum, and even many classical, schemes.

This talk will discuss the progress in constructions of more advanced lattice-based cryptographic primitives. In particular, I will describe recent work on zero-knowledge proofs which leads to the most efficient post-quantum constructions for certain statements.

Vadim received his PhD in 2008 from the University of California, San Diego, and after spending two years at Tel-Aviv University as a postdoc, in 2010 he became a researcher at Inria and ENS in Paris.

Since 2015, he has been a research scientist at IBM Research in Zurich. Vadim’s main research area is designing practical schemes based on the hardness of lattice problems. His work on the Ring-SIS (2006) and Ring-LWE problems (2010), Ring-LWE encryption (2010), and digital signatures (2012) forms the foundation for a lot of the most efficient constructions in the ongoing NIST standardisation effort.