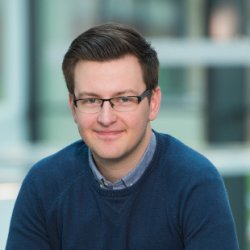 Department of Electrical and Electronic Engineering, Faculty of Engineering and Physical Sciences, Centre for Vision, Speech and Signal Processing (CVSSP).

Bui Tu, Cooper Daniel, Collomosse John, Bell Mark, Green Alex, Sheridan John, Higgins Jez, Das Arindra, Keller Jared Robert, Thereaux Olivier (2020) Tamper-proofing Video with Hierarchical Attention
Autoencoder Hashing on Blockchain, IEEE Transactions on Multimedia Institute of Electrical and Electronics Engineers
We present ARCHANGEL; a novel distributed
ledger based system for assuring the long-term integrity of digital video archives. First, we introduce a novel deep network architecture using a hierarchical attention autoencoder (HAAE) to compute temporal content hashes (TCHs) from minutes or hourlong audio-visual streams. Our TCHs are sensitive to accidental or malicious content modification (tampering). The focus of our
self-supervised HAAE is to guard against content modification such as frame truncation or corruption but ensure invariance against format shift (i.e. codec change). This is necessary due to the curatorial requirement for archives to format shift video
over time to ensure future accessibility. Second, we describe how
the TCHs (and the models used to derive them) are secured
via a proof-of-authority blockchain distributed across multiple independent archives.We report on the efficacy of ARCHANGEL within the context of a trial deployment in which the national
government archives of the United Kingdom, United States of
America, Estonia, Australia and Norway participated.