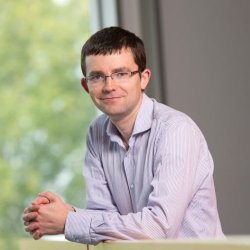 After the completion of his PhD, Dr. Campbell served as the Hertha Ayrton Research Fellow in Chemical Engineering at Girton College, Cambridge from 2007 until 2012. During this time he focussed on experimental and theoretical investigations of buoyant reactive flows.

Dr. Campbell joined the University of Surrey in 2012, and was promoted to Senior Lecturer in 2017.