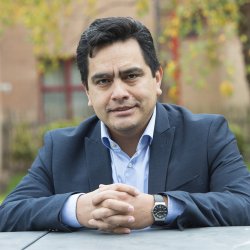 My research expertise includes the application of mathematical methods to optimise process design, control and operation as well as model-based experimental analysis in process and energy systems. My current research activities are concentrated on the development and application of systems engineering approaches for process intensification and integration including dynamic process simulation, model-based analysis and experimental verification, modelling and optimization of complex chemical and biological production systems, and energy conversion systems with large structural diversity and a high number of elements. Particular attention is paid to the holistic view of the involved processes phenomena, micro and macro processes, process design and the final experimental verification using miniplant technologies including improved control and monitoring. 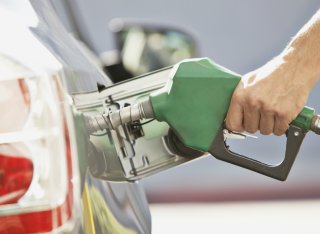 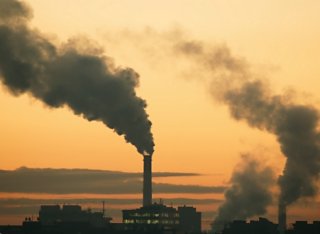 The developed NLP model was implemented in GAMS. The time needed for its solution is around 60s while using the CONOPT solver. The NLP model results were successfully applied to a Colombian refinery for 3 consecutive weeks. The model was able to find the best use of installed equipments in CDUs through the preparation of a crude oil charge quasi-constant quality without matter the time period of the optimization. In each week, optimal crude oil flow rates towards each CDU (like new scenarios implemented in the refinery) were evaluated in a refinery global simulator with all downstream refining schemes in order to calculate the Refinery Gross Margin (RGM). In each analyzed case, the obtained RGM for new crude oil feeds was however better than that case without optimization with a economic benefit of up to 0.043 US$/bl equivalent to US$ 3.870.000 per year. This shows the effectiveness of a CDU NLP model within short term planning in the petroleum industry.

In this contribution the implementation of a general method for generation of derivative information out of the documentation level is presented. Exploiting the possibility of code generation given by the web-based modeling environment MOSAIC (Kuntsche et al. 2011), derivative information of model equations is generated either by symbolic derivatives or by coupling the models with state of the art automatic differentiation (AD) tools. This offers the modeler different methods of getting exact derivative values and opens the possibility of integrating the assessment of derivative evaluations within the modeling and simulation workflow.

RESULTS: In this work, a fast and accurate model for the activated sludge process in a sequencing batch reactor is proposed. For this purpose, the ASM3 extended for two-step nitrification?denitrification, a 15-state variable model built for a general description of the ASP, is reduced to match the specific conditions of sequencing batch reactor systems with shortcut biological nitrogen removal to a nine-state model and then further to a six-state and five-state model under appropriate assumptions. The proposed model maintains the two-step nitrification?denitrification process feature of the original model and can thus describe the bypass of nitrate, showing increased tractability and lower computer costs. Different approaches for model reduction together with an exhaustive analysis of the extended ASM3 model as well as the process are discussed.

CONCLUSIONS: The resulting model with only five differential equations reduces the calculation time by up to one order of magnitude, while maintaining a high description accuracy, demonstrating the advantages of model reduction.

Werk S, Barz T, Arellano-Garcia H, Wozny G (2012) Performance Analysis of Shooting Algorithms in Chance-Constrained Optimization, Computer Aided Chemical Engineering, vol.31 - 11th International Symposium on Process Systems Engineering 31 pp. 1512-1516 Elsevier
DOI: 10.1016/B978-0-444-59506-5.50133-4
An important aspect for model-based design and development as well as for process monitoring and control is the consideration of uncertain process parameters. One approach for the explicit consideration of such uncertainties is the formulation of Chance-Constrained optimization problems. Within the last years, several different methods for the efficient solution of these problems have been presented. In this work, chance constraints are evaluated following the idea of the variable mapping approach.

Because the efficiency of the original approach deteriorates with an increasing number of uncertain parameters, the probability integration has been extended recently to the exploitation of sparse grids. In this work, additional techniques for improving the efficiency of the variable mapping approach are presented. Firstly, the solution of a subproblem, the so called shooting task is analyzed in detail and enhanced through an idea called here result recycling. Secondly, possible extensions are presented which make use of second order derivative information. The new methods are verified by application to an industrially validated process model of a vacuum distillation column for the separation of multicomponent fatty acids.

The multiplicity of physico-chemical and biological processes, where phosphorus is involved, makes their accurate prediction using current mathematical models in biotechnology quite a challenge. In this work, an antibiotic production model of Streptomyces coelicolor is chosen as a representative case study in which major difficulties arise in explaining the measured phosphate dynamics among some minor additional issues. Thus, the utilization of an advanced speciation model and a multiple mineral precipitation framework is proposed to improve phosphorus predictions. Furthermore, a kinetic approach describing intracellular polyphosphate accumulation and consumption has been developed and implemented. A heuristic re-estimation of selected parameters is carried out to improve overall model performance. The improved process model predicts phosphate dynamics (Root Mean Squared Error d52h: -90 %, Relative Average Deviation d52h: -96 %) very accurately in comparison to the original implementation, where biomass growth/decay was the only phosphorus source-sink. In addition, parameter re-estimation achieved an improved description of the available measurements for biomass, total ammonia, dissolved oxygen and actinorhodin concentrations.

This work contributes to the existing process knowledge of biotechnological systems in general and especially to antibiotic production with S. coelicolor, while emphasizing the (unavoidable) need of considering both physico-chemical and biological processes to accurately describe phosphorus dynamics.