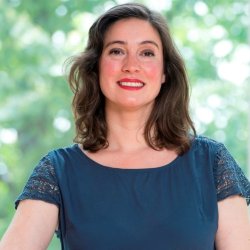 Constanza graduated as Doctor in Veterinary Medicine in 1998 at the Católica de Temuco University in Chile. She was awarded with a PhD in Equine Biomechanics at Utrecht University in The Netherlands in 2007. She is a Certified Animal Acupuncturist (IVAS) and Certified Canine Rehabilitation Therapist (CCRT). She has worked in academia and veterinary practice with alpacas, cattle, horses (including rodeo horses in Chile), dogs and cats since the year 2000 and joined the University of Surrey in 2013 after becoming MRCVS in the United Kingdom. Her current research area is animal biomechanics and her teaching areas are musculoskeletal biology, biomechanics and gait analysis.

My research is on equine and canine biomechanics. I have a strong interest in applied kinesiology (study of the mechanics of body movements) combined with physiotherapy and rehabilitation in both species.

Lecturer in Musculoskeletal BiologyHead of the Veterinary Biomechanics LaboratoryChair of the Non-Animal Procedures Acts Sub-Committee of the Animal Welfare and Ethical Review BodyMember of the Ethics Committee, Faculty of Health and Medical SciencesAssociate academic in Veterinary Digital Technologies and Biomechanics, Veterinary Health Innovation Engine (vHive)

By gaining a better understanding of healthy musculoskeletal ageing and the risk factors associated with premature ageing and senescence, we can provide better care and develop new and better-targeted therapies for common musculoskeletal disorders. This review is the outcome of a two-day multidisciplinary, international workshop sponsored by the Institute of Advanced Studies entitled ?Musculoskeletal Health in the 21st Century? and held at the University of Surrey from 30th June-1st July 2015.

Gomez Alvarez Constanza (2018) Clinical Insights: Biomechanics and lameness diagnosis, Equine Veterinary Journal 51 (1) pp. 5-6 Wiley
DOI: 10.1111/evj.13036
The gold standard for accurate lameness evaluation in the horse has been extensively discussed in two of our recent editorials. This debate centres around whether the gold standard should be the experienced clinician or objective gait data. Veterinary professionals are divided on whether quantitative gait analysis is or it is not a valuable clinical tool; and around the concepts of lameness and locomotion asymmetry. The conclusions drawn so far are: a lame horse should be one deemed unfit to be used for ridden exercise, other sports or activities based on a comprehensive evaluation; lameness has a negative emotional value in society; lameness does not equal to gait asymmetry, but asymmetry may indicate lameness in the presence or absence of pain; subtle lameness is a grey area where gait asymmetry may fall either inside or outside the threshold set for quantitative gait analysis, quantitative gait analysis can provide such asymmetry measurements, of either limb loadings or upper body and limbs motion; clinicians must decide on the clinical relevance of a measured locomotion asymmetry using established reference values; and finally, that technology does not aim to replace clinical judgment but to aid it.