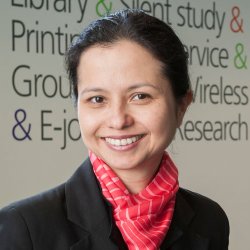 I am a Reader in English Literature. I joined the University of Surrey in 2012, and was Subject Leader for English and Creative Writing from 2012 to 2015. Before coming to Surrey, I worked at the University of Exeter, where I led the English Department on the Penryn Campus from 2005 to 2010.

I was President of the Association for the Study of Literature and Environment (UK and Ireland) from 2011 to 2015.

I am currently also a Visiting Professor at the University of Hong Kong.

From the start of this century, climate change has become a hot topic in fiction, tackled by up-and-coming novelists and established authors alike. In 2009, I was among the first literary critics to investigate the phenomenon of climate change fiction, when I became a co-investigator on the ESF-funded project 'From Climate to Landscape: Imagining the Future' at the University of Exeter, an interdisciplinary project that brought together ecologists, geographers and literary scholars. My publications on the subject include my monograph, Climate Change and the Contemporary Novel (Cambridge University Press), edited volumes Climate and Literature (Cambridge University Press) and Cli-Fi: A Companion (with Axel Goodbody for Peter Lang), and essays in Studies in the Novel, Modern Fiction Studies and English Studies.

My research into British Romantic women's writing and epic poetry has led to an abiding interest in Romantic poets Anna Seward and Eleanor Anne Porden. I am currently writing about Porden's life, letters and poetry, in the context of the development of disciplines of knowledge in the early nineteenth century. My essays on Porden have appeared in ISLE: Interdisciplinary Studies in Literature and Environment, Women's Writing, and Nineteenth-Century Contexts.

Jonathan Taylor: 'Calliope Unbound: Culture and the Idea of Epic from the Eighteenth Century to the Present' Passed 2020. AHRC-funded.

Vanessa Hager: ‘The Search for the Thing Itself: Psychoanalysis, Agamben, and the Literary Quest’. Passed 2011.

Climate change fiction is a new literary phenomenon that emerged at the turn of the twenty-first century in response to what may be society’s greatest challenge. Climate change is already part responsible for extreme weather events, flooding, desertification and sea level rise, leading to famine, the spread of disease, and population displacement. Cli-fi novels and films are typically set in the future, telling of disaster and its effect on humans, or they depict the present, beset by dilemmas, conflicts or conspiracies, and pointing to grave consequences. At their heart are ethical and political questions: will humankind rise to the challenge of acting collectively, in the interest of the future? What sacrifices will be necessary, and is a green dictatorship our only hope for survival as a species?

Each chapter in this volume offers a way of reading a particular literary text or film, drawing attention to themes, formal features, reception, contribution to public debate, and issues for class discussion. Popular novels and films (Kim Stanley Robinson’s Science in the Capitol trilogy, Michael Crichton’s State of Fear, Ian McEwan’s Solar, and The Day after Tomorrow) are examined alongside lesser known writing (for instance J. G. Ballard’s «proto-climate change» novel The Drowned World and Antti Tuomainen’s Finnish thriller, The Healer), and films not generally thought of as being about climate change (Frozen and Take Shelter).

The book, which includes an introduction tracing the emergence and influence of cli-fi, is directed towards general readers and film enthusiasts as well as teachers and students. Written in an accessible style, it fills the gap between academic studies and online blogs, offering a comprehensive look at this timely new genre.