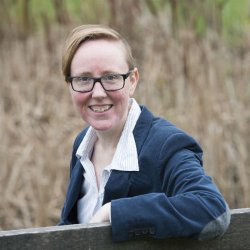 I currently hold an AHRC Early Career Leadership Fellowship for the project Transplant Imaginaries: Haunted Times, Segregated Spaces and Embodied Ethics. This interdisciplinary research analyses the relationship between haunting and selfhood, as well as how space constitutes health inequalities. Its focus is social justice with an emphasis post-transplant care and an ethics of the body.

My research spans the fields of medical humanities, postcolonial studies, queer theory and monster studies, with a focus on contemporary literature and film, embodiment and memory, and biotechnologies. I recently published a monograph with Bloomsbury entitled Queer Postcolonial Narratives and the Ethics of Witnessing. My current work also delves into evolutionary theory, with a particular emphasis on Richard Goldschmidt's theory of the Hopeful Monster. I am also working on a monograph provisionally entitled Recycling Global Life: Human Organ Transplantation in Contemporary Literature and Film.

I am a co-investigator on the project The Embodied Self, Health and Emerging Technologies, which is funded by the Swedish Research Council – NOS-HS.

I was the principal investigator on the project Disability, Arts and Health, which was funded by the Nordic Culture Fund. 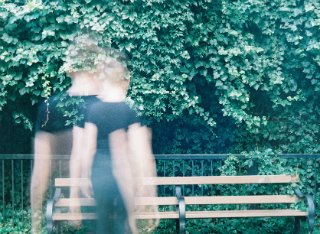 Contemporary biomedical innovations, particularly human organ transplantation, are championed across biomedicine, the media and the general public as successful life-saving interventions. However, interdisciplinary research has shown a rising bioethical anxiety regarding the meaning of transferring body parts from one deceased human to another. This project analyses this pressing bioethical issue through the lens of contemporary novels and films, because these media raise important concerns and anxieties often ignored in celebratory biomedical and public discourses. Through the completion of a research monograph, the organisation of UK and international events, and the creation of multi-media outputs on transplantation, this project will analyse not only the impact biotechnologies have on how we understand the human body in relation to health and illness, but also how transplantation is tied to larger issues of national belonging, social justice and bodily ethics.

While extensive research has focused on the often-problematic relation between donor and recipient, as well as on the global problems of organ donation, little attention has been given to the significance of either time or space in understanding the experiences of and social inequalities involved in organ transplantation. This project will address these gaps by examining how novels and films portray 1) haunting as central to the post-transplant experience; and 2) space as central to health care inequalities. The project offers a potentially significant contribution to post-transplant care in its consideration of how death relates to life and how absent others may feel present, and thus in offering a critical intervention into how patient narratives are heard and interpreted. In addition, it offers an important contribution to thinking how the architecture of health care may structure social hierarchies and, as a result, how segregation is produced through the very spaces of care.

This project is important because its engagement with illness and time, as well as with space and health inequalities, is central to rethinking contemporary politics, which rely on biological metaphors of exclusion. Its goal is therefore to re- examine understandings of social inequalities and social justice through the exploration of ethics in the context of the transplant body. That is, it addresses the critical issue of how life comes to be valued and why some lives are disposable or useful only for their organs. It thereby examines politics, particularly migration, hospitality and the ethics of welcoming the other, through the metaphor of bodily exchanges, always addressing the ever-pressing issue of how lives come to matter.

Transplantation is an interdisciplinary issue that is of concern to a wide public, and therefore a significant aim of this project is to make the research accessible to non-academic audiences. Medical and public fora are dominated by heroic transplant narratives and therefore this project has the goal of expanding the parameters of these discussions through a public dialogue between local and international transplant surgeons, artists and scholars, as well as through the creation of a freely available podcast series in which clinicians, artists and scholars discuss issues surrounding transplantation. The project also aims to contribute to and develop medical practice through the development of a large-scale online module, organised in collaboration with clinicians in South Africa, and through a public lecture at Edinburgh School of Medicine. These events aim to encourage public and medical engagement with knowledge often invalidated in the medical context but prevalent in public and fictional arenas. In so doing, its goal is to expand knowledge in this interdisciplinary area, which will enhance public knowledge and feed into my research, as well as provide potentially useful new approaches and new topics in the study and discussion of transplantation.

The Embodied Self, Health and Emerging Technologies: Implications for Gender and Identity

The primary objective of the workshops is to respond to and explore the development and impact of newly emerging technologies on the embodied self, and more particularly on our expectations of health in the early 21st century. Some of the technologies have long been in practice but the current rapid expansion of interventions into the body has brought the issues to the forefront of all  lives whether in illness or health. The advances happening within Nordic laboratories, clinics and hospitals are, as elsewhere, often seen as wholly beneficial, but we aim to inquire more rigorously into the implications for both individuals and society. Given that the organisers all identify as feminist scholars, the gender dimensions of emerging technologies will be consciously pursued. We will use the methodological resources of both humanities and social sciences to unpack what is at stake for future policy in the Nordic countries, and to identify where further critical research is needed.

The secondary objective is to provide fora that will bring together academics, bioscientists and other stakeholders to discuss both mutual concerns and points of conflict. Members of the Nordic Network Gender, Health and Body will be heavily involved and will promote the inclusion of early career scholars as well as calling on contacts beyond the academic sphere. The longer term objective is to formulate further research proposals that address how technology-driven policy can satisfy bioethics.

I am the coordinator of the Nordic Network Gender, Body, Health.

I am a founding member of the Monster Network.

I am interested in supervising projects that engage with postcolonial theory and/or fiction; health, illness and biotechnologies; and/or queer theory and fiction. I am particularly keen to supervise projects that work in science/speculative fiction and that focus on health and/or ability.