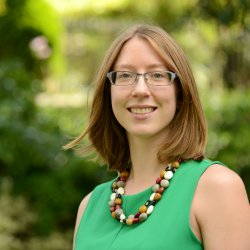 Since completing her PhD in Latin American Studies at the University of Cambridge in 2013, Lucy Bell has been based at University of Surrey teaching and researching in Hispanic Studies. She has published widely on:

Over the last five years, she has developed a strong interest in the use of storytelling, literature, publishing and art practice as modes of resistance and activism in Latin America. Since 2017, she has led the Cartonera Publishing project (2017–present), supported by two large grants from the Arts and Humanities Research Council (AHRC). This is an ongoing project that brings together editoriales cartoneras (grassroots publishers), writers, artists, film-makers, activists, anthropologists, literary scholars and librarians in diverse forms of creative research. What Lucy has gained from the Cartonera Publishing project is a firm belief that her research as a Latin Americanist should, and must, have a strong activist component, but also a solid methodological base in horizontal collaborations with local cultural actors and artistic practitioners.

Comment: The paradox of language study in the UK

14 April 2020
"Leaves are pages of our lives"
Resurgence & Ecologist 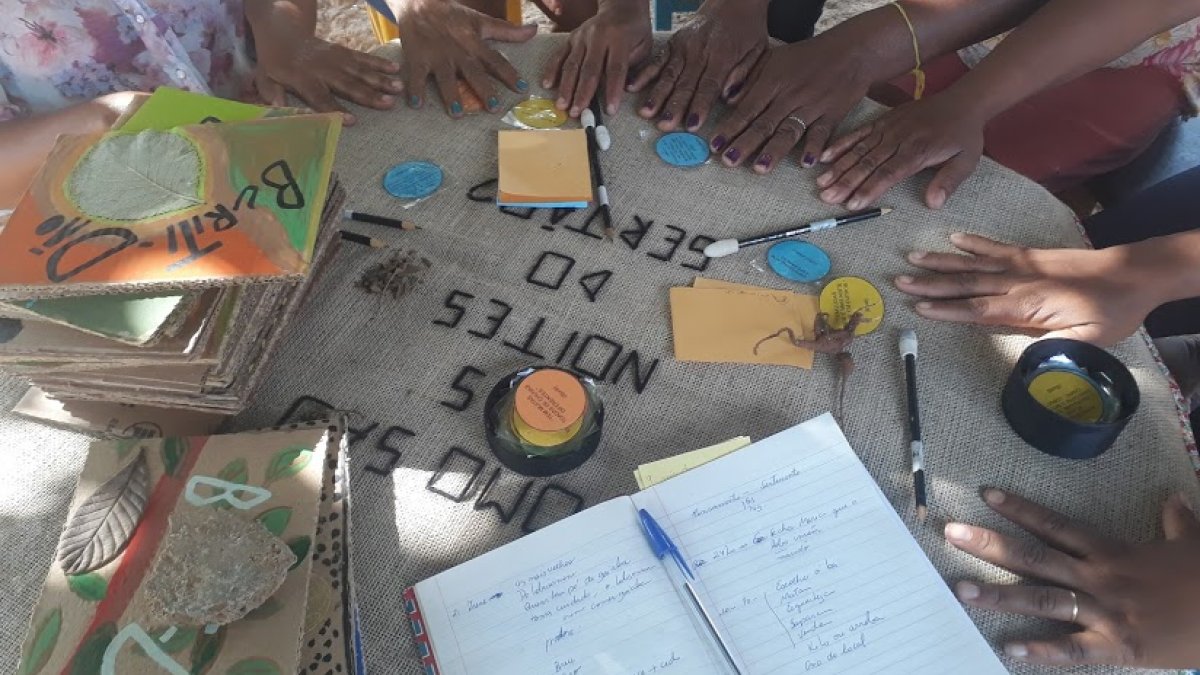 Cartonera Publishers are community-based collectives that work in some of Latin America's most marginalised, vulnerable and/or stigmatised communities to democratise both the consumption and the production of literature. In this AHRC/GCRF-funded project (Oct 2017 – Jan 2020), Lucy has worked with anthropologists Alex Flynn and Patrick O’Hare to explore how and why cartonera publishers have spread in their hundreds across Latin America over the last decade, giving the opportunity to individuals and communities to tell their own stories and rebuild their sometimes fragile communities through literature and art.

How can literature, art and storytelling change people's lives? This follow-on AHRC/GCRF-funded project (Feb–Oct 2019) is a horizontal collaboration between Lucy Bell, Alex Flynn and four cartoneras in Mexico and Brazil. The aim is to further the impact and reach of these collectives through sustainable community-based workshops focused on the following seven SDGs: quality education; gender equality; reduced inequalities; sustainable cities and communities; responsible consumption and production; peace & justice; partnerships for the goals.

Literature, art and social justice meet again in this AHRC action research project (May 2020 – April 2021), developed by Lucy Bell & Joey Whitfield. The principal project partners are grassroots collectives from Mexico: Hermanas en la Sombra (a feminist collective that has been working on literature, publishing and film projects in a women’s prison in Morelos for over a decade); and the community publishers La Rueda Cartonera and Viento Cartonero, with whom Bell has been collaborating since 2017. Together, they are working with some of the most vulnerable groups in Mexico: imprisoned and formerly imprisoned women and men. Reversing dominant North-to-South knowledge flows, the aim is to explore the transformative potential of writing and publishing programmes in Latin American prisons, before adapting them for a range of UK prisons through similarly collaborative methods.

In this new AHRC/BBC Arts project, Lucy is working with Joey Whitfield and the production company Calling the Shots to produce a short animated film about Prisoner Publishing.

I teach on a range of undergraduate Spanish and Translation modules, from first year to final year.

Scholars across the humanities and social sciences have long sought to theorize waste, and more particularly the relationships between humans – their history, society, culture, art and thought – and their discards. My contention, though, is that these theories, since Mary Douglas’s Purity and Danger (1966) and Thompson’s Rubbish Theory (1979), have been predominantly based in and on global North contexts and, concomitantly, have taken as their axiom the distance between our cultures, lives, experiences and our material rejects. By intersecting existing cultural theories of waste with two important emerging schools of thought – environmental justice and new materialism – I argue that the exclusion or side-lining of places, notably in the global South, where countless people live on a day-to-day basis with, on, and off waste, leads to certain imbalances, biases and gaps. Most notably, the livingness and agency of material rejects is often overlooked in theories that oppose humans and other-than-human waste. By way of conclusion, I propose the notion of ‘living waste’ – a more literal and material take on Bauman’s well-known concept ‘wasted lives’ – as a new point of departure for a reconceptualization of waste that might escape the prevailing dualisms and account simultaneously for ‘full-belly’ and ‘empty-belly’ contexts, human (wasted) lives and other-than-human waste materials, and understandings of lived experiences of waste.

The Latin American short story has often been viewed in terms of its relation to orality, tradition and myth. But this desire to celebrate the difference of Latin American culture unwittingly contributes to its exoticization, failing to do justice to its richness, complexity and contemporaneity. By re-reading and re-viewing the short stories of Juan Rulfo, Julio Cortazar and Augusto Monterroso, Bell reveals the hybridity of this genre. It is at once rooted in traditional narrative and fragmented by modern experience; its residual qualities are revived through emergent forms. Crucially, its oral and mythical characteristics are compounded with the formal traits of modern, emerging media: photography, cinema, telephony, journalism, and cartoon art.

Cartonera publishing emerged in post-crisis Buenos Aires with the birth of Eloísa cartonera (2003), whose founders proposed a radically new model of making books out of recycled cardboard, purchased from, and made with, cartoneros (waste-pickers). Since then, this model has been adapted across Latin America by an ever-growing number of collectives (currently around 250). In this article we ask: What relations and/or networks have enabled this model of underground cultural production to grow on such a scale? What modalities of resistance do they enable? Our contention is that Deleuze and Guattari’s theory of rhizomes helps in understanding the ways in which cartoneras work, network and spread. Examining texts and practices across Argentina, Mexico and Brazil through literary analysis and ethnography, we make a case for the political significance of cartonera networks and, more broadly, the possibilities afforded by rhizomatic formations for emerging modes of micro-political action and transnational cultural activism.

This article puts forward a methodological pathway for work between anthropology and art that is premised on the relation between social and aesthetic form. It draws on the authors’ work with cartonera publishers in Latin America, small community-based collectives whose members make low-cost books from recycled cardboard in an explicit attempt to make both the consumption and production of literature accessible to wider society. We begin by describing Dulcinéia Catadora, a cartonera publisher based in São Paulo that is the ethnographic focus of this article. We then present three theoretical propositions, which enable us to analyse not in isolation from, but rather in relation to, social and political processes, asking how ethnographic practice can intersect with aesthetics in a mode which goes beyond the illustrative. We conclude by proposing what we term a ‘trans-formal’ methodological approach based on a method of ‘emulation’, opening up new possibilities for research that is multi-disciplinary, transnational, horizontal and participatory.

Interdisciplinarity, multidisciplinarity and counter-disciplinarity are the hallmark of cultural studies and qualitative research, as scholars over the past three decades have discussed through extensive self-reflexive inquiry into their own unstable and ever-shifting methods (Denzin and Lincoln, 2018; Dicks et al., 2006: 78; Grossberg, 2010). Building on the interdisciplinary thought of Jacques Rancière and Caroline Levine on the one hand and traditions of participatory action research and activist anthropology on the other, we bring the methods conversation forward by shifting the focus from disciplines to forms and by making a case for aesthetic practice as qualitative research process. In this paper, the question of methods is approached through the action-based Cartonera Publishing Project with editoriales cartoneras in Latin America – community publishers who make low-cost books out of materials recovered from the street in the attempt to democratise and decolonise literary/artistic production – and specifically through our process-oriented, collaborative work with four cartonera publishers in Brazil and Mexico. Guided by the multiple forms of cartonera knowledge production, which are rooted not in academic research but rather in aesthetic practice and community relations, we offer an innovative ‘trans-formal’ methodological framework, which opens up new pathways for practitioners and researchers to work, think and act across social, cultural and aesthetic forms.

Cardboard publishers (editoriales cartoneras) are small, independent publishers linked by the recovered cardboard that covers their books, a commitment to the promotion of local authors, and a drive to make literature accessible. This cultural movement, whose actors often form part of broader social movements, has spread across Latin America and beyond, with other 250 active collectives. Drawing on ethnography conducted with some of Mexico’s thirty cartoneras, and literary analysis of their texts, this paper contributes to debates on violence and public space in the context of the brutal Mexican “war on drugs”. Dialoguing with a body of scholarship spanning from Setha Low’s pioneering urban anthropology to Jacques Rancière’s art theory, we argue that car-toneras might be considered “public-ers”, in that their book-making labor involves the production not just of books, but of new social relations, communities, and publics. By analyzing aesthetic materials in relation to the social contexts in which they are embed-ded, we demonstrate that decisions to denounce violence and perform its alternatives on the written page, and in the public plaza, are inseparable and intertwined cultural forms of action that create affective encounters, contact zones, and spaces of dissensus in the city. [cardboard publishing; social movements; urban space; dissensus; violence]

Editoriales cartoneras are independent publishers who make their books out of recycled cardboard, which have spread across and beyond Latin America over the last twelve years (since the birth of Eloísa Cartonera in Buenos Aires in 2003). They have often defined themselves, and been defined by critics, against transnational publishing corporations, but descriptions of this ‘resistance’ are often vague and sometimes contradictory. This is the first study to focus on the relationship between cartoneras and multinational publishers, examining areas of opposition and overlap. The paper begins by exploring the effects of the rise of transnational corporations on the world of publishing in Latin America, including neo-imperialistic centralization, concentration, and capture by market and political forces. It then turns to two case studies based (principally) in Mexico: La Verdura Cartonera and Pensaré Cartoneras. Close readings combined with interview materials illuminate the principles and practices of cartoneras, from community and collaboration to marginality and autonomy, that challenge those of transnational publishing corporations. My contention is that, while these tiny publishing projects cannot possibly ‘compete’ with such large corporations, what they can do is open spaces in which – to use the words of Aurelio Meza (Kodama Cartonera) – things can be done differently.

Marcy Schwartz is well known in Latin American Literary and Cultural Studies for her rigorous, innovative work on urban culture, in particular her monographs Writing Paris (1999) and Intervenciones urbanas (2000), and the volumes co-edited with Daniel Balderston (Voice-Overs, 2002) and Mary Beth Tierney-Tello (Photography and Writing in Latin America, 2006). Her latest book, Public Pages, which synthesizes ten years of research, travels and conversations, is surely her magnum opus.

Refuse is a key theme, image and structural device in the Spanish-Argentine writer Andrés Neuman’s novel Bariloche (1999), whose protagonist is a waste collector in Buenos Aires. My contention, though, is that waste not only fulfils a narrative function, but in fact constitutes what Bruno Latour terms a ‘network’, a web of interactions between discursive, natural and social processes. Bringing together close literary analysis with insights from environmental criticism (Stacy Alaimo and Jane Bennett) and sociology (Zygmunt Bauman and Martin O’Brien), this paper reveals the complex interactions between the human and non-human world in the novel’s urban setting.