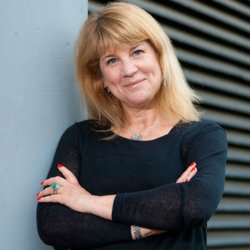 I'm Reader in the School of Literature and Languages at the University of Surrey.

My research focuses on interpersonal pragmatics and sociolinguistics and is primarily anchored in the analysis of naturalistic data. From an interpersonal pragmatics perspective I have been examined  the different cultural norms that underlie the appropriateness of conversational encounters in English and Spanish as well as other languages, (im)politeness phenomena and the role of morality, and the performance of service encounters in diverse institutional contexts. My work on sociolinguistics is ethnographically based and has looked at the negotiation and transformation of ethnolinguistic identities and practices in migratory contexts, with special attention to Spanish-speaking Latin Americans and issues of (im)mobility. 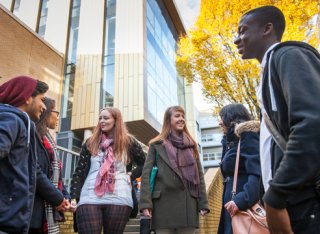 - ISCH COST Action IS1306 New: Speakers in a Multilingual Europe: Opportunities and Challenges and co-Chair of the Language and Migration Working Group. Member of the Management Committee. Chair of the Action: Prof B. O'Rourke

-Racism and interculturality expert adviser for the English FA (2011)

I have taught a range of undergraduate and postgraduate modules in (Spanish) language in society, communication, including translation and have supervised over 300 MA dissertations.

I currently teach and convene the following modules at Postgraduate level:

I also teach a module on Spanish sociolinguistics at Undergraduate level.

I'm interested in supervising PhD projects in interpersonal pragmatics and sociolinguistics with special attention to topics that involve the examination of conversational interaction, linguistic practices and identities and/or(im)politeness across diverse communicative environments

-Priyanki Ghosh - Interculturality and Belonging among international students: the case of theatre participationIn pursuit of belonging.

-Sabrina Mallon-Gerland (2010) “Towards an appropriate framework for teaching intercultural communication in business: A study of Business English courses at Siemens, Germany”

-Sara Orthaber  (2017) “Complaints to a public service provider: the public-private interface in the enactment of politeness"

This volume examines the way participants orient to aspects of their interactions with others as interpersonally sensitive across an array of languages and contemporary institutional settings. The individual chapters address interactional episodes where the participants signal that elements of the exchanges they are engaged in are problematic in terms of the vulnerability of their own and/or each other?s face and the role-identities assumed throughout the interactions.

The volume contributors examine a range of activities. In some of these, an orientation to interpersonal sensitivity is expected, such as citizens? encounters with traffic police officers, negotiations with a line manager, political news interviews, or public inquiries. Other types of activity, such as service calls or guided tours, involve no such expectations in and of themselves. In some cases, the situated vulnerabilities studied here, whether expected or not, lead to deviation from the expected trajectory of the communicative event, with implications for goal achievement.

The collection of papers draws on diverse analytic perspectives. These include interactional discourse analysis, interactional linguistics, and conversation analysis. The diversity of languages and institutional environments examined will be of interest to students and scholars with an interest in face-to-face interaction and serve to stimulate debate in the field of pragmatics and beyond.