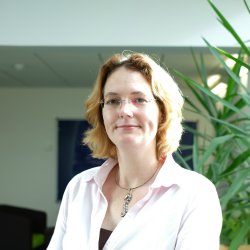 School of Hospitality and Tourism Management, Faculty of Arts and Social Sciences.

My PhD research aims to develop an evaluative framework that assesses sustainability performance in volunteer tourism. Based on realistic evaluation the research investigates what influences outcomes and impacts in volunteer tourism and applies collaboration theory in examining the different relationships within the main stakeholders. The qualitative study is based on volunteer projects managed by peopleandplaces and Calabash Tours in South Africa. The results will provide a detailed understanding on how to measure sustainability performance in volunteer tourism, and are applicable in other tourism markets. Applying realistic evaluation in tourism is breaking new ground and the results will contribute to a growing academic discourse on its practical applications.

In September 2016 I transferred as a part-time PhD researcher to the University of Surrey from Leeds Beckett University.

Throughout my career I have pursued my personal and professional interest in sustainability. My background is in conservation as I gained an BSc in Applied Environmental Sciences from King’s College London and a PGDip in Conservation at University College London. I hold an MSc with Merit in Responsible Tourism Management from the University of Greenwich. I am interested how economic, social and environmental balance is achievable by fair redistribution of resources within the travel and tourism industry.

I have over 15 years’ experience in the tourism and travel industry mostly in management and consultancy roles working within the private, public and third sectors. I have undertaken field and desk based sustainable tourism research for primarily in Oman and the UK. As a tourism lecturer at the Oman Tourism College I enjoyed engaging with young people, as well as taking on leadership roles and academic responsibilities. Most recently at Liverpool John Moores University I am lecturing on their BA and MA international tourism management programmes.

As an undergraduate I volunteered on several expeditions, ranging from marine projects in Borneo and the Isles of Scillies to terrestrial projects on Krakatau Islands in Indonesia. I developed a passion for traveling and doing something useful. My first conservation job was volunteer programme manager at Earthwatch Institute Europe sharing my passion with like-minded colleagues and volunteers. Through reviewing the nominations in the volunteer organisation category for the World Responsible Tourism Awards over several years, I noticed how the industry was rapidly changing. This prompted me to develop my PhD research topic.

My research interests include sustainable performance measurement, effectiveness of travel philanthropy, tourists’ attitudes and perceptions towards sustainability.  I am also interested in  nature based tourism and development.

For several years, I have worked as sessional or senior lecturer at Liverpool John Moores University.  I have wide-ranging teaching experience and taught visiting students from South East Asia and native Arabic speakers. I has taught on:

I was executive editor for two electronic publications:

Destination:RT  2012, published by ICRT and produced by Five Oceans in English and Arabic