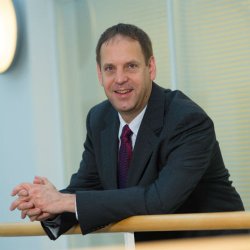 My general research interests include protein sorting, organelle homeostasis, protein quality control, and antigen presentation. Malfunctions in these processes are the cause of severe human diseases, and research in my group aims to uncover the underlying molecular mechanisms. In particular, we are interested in molecular machineries that facilitate protein and peptide translocation across eukaryotic membranes.

My current research focuses in particular on peroxisomal biogenesis. Peroxisomes are ubiquitous organelles responsible for various metabolic pathways. Their significance in human metabolism is illustrated by the existence of severe inherited metabolic diseases caused by the failure of peroxisomal function. In addition, peroxisomal homeostasis is involved in diverse cellular and systemic processes such as apoptosis, cellular aging, cancer development, immune defence, and host-pathogen interactions.

By characterizing an endoplasmic reticulum (ER) mediated de novo peroxisomal biogenesis pathway, we recently challenged the long-standing theory that peroxisomes arise exclusively by growth and division of pre-existing peroxisomes. Moreover, we revealed mechanistic details of human peroxisomal membrane protein (PMP) entry into and exit from the ER membrane. These findings suggest that at least some mammalian PMPs transit through the ER on their way to peroxisomes.

Part of the research in my group is directed to understand the function of macromolecular complexes that initiate, regulate, and facilitate ER-mediated peroxisomal biogenesis. Moreover, we aim at elucidating how defects in peroxisomal homeostasis are related to the adaptive and innate immune system.