Section of Clinical Medicine, Faculty of Health and Medical Sciences.

I am Professor of Ophthalmology at the University of Surrey and a Consultant Ophthalmic Surgeon.  I read for my medical degree at Cambridge University and subsequently trained in ophthalmology at Moorfields Eye Hospital, London.  I joined the MRC Clinical Sciences Centre at the Hammersmith Hospital in 2006 for my research training, which was supported by a Medical Research Council Clinical Research Training Fellowship, and received a PhD in immunology from Imperial College London in 2009.  I completed my ophthalmology training as a National Institute of Health Research Academic Clinical Lecturer at the UCL Institute of Ophthalmology, having completed Fellowship training with Prof C. Stephen Foster of Harvard Medical School at the Massachussetts Eye Research and Surgery Institution (MERSI), Boston, USA, and Prof Sue Lightman of the UCL Institute of Ophthalmology at Moorfields Eye Hospital.

I entered the Specialist Register as an ophthalmologist in September 2011 and received a UK National Institute of Health Research Career Development Fellowship in 2012.  I was appointed Professor of Ophthalmology at the University of Surrey in August 2015. 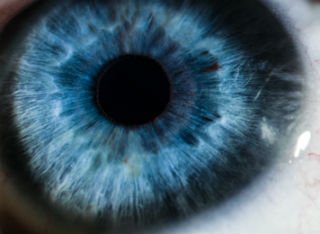 I am a clinician scientist and run a translational research programme aimed at transferring treatments from the laboratory to the clinic.  My PhD concerned the role of purinergic receptors in the immune system, particularly in relation to systemic autoimmune diseases with an ocular component such as vasculitis.  My group is still researching in this area and was recently awarded a BBSRC/GSK grant to look at novel therapeutic mechanisms in uveitis.

This case-based program captures the highlights of a roundtable discussion, in which an international panel of uveitis subspecialists provides their expert perspectives on the diagnosis and management of uveitis involving the posterior segment, including the role of emerging diagnostic techniques and new and emerging therapies. The cases are from the files of Sunil K. Srivastava, MD.
Ansari Samad, de Lusignan Simon, Hinton William, Munro N, Taylor Simon, Mcgovern Andrew Peter (2018) Glycemic control is an important modifiable risk factor for uveitis in patients with diabetes: A retrospective cohort study establishing clinical risk and ophthalmic disease burden.,Journal of Diabetes and Its Complications32(6)pp. 602-608 Elsevier
DOI: 10.1016/j.jdiacomp.2018.03.008
Aim To characterize the risk uveitis, scleritis or episcleritis in relation to diabetes, glycaemic control, and co-existence of retinopathy. Methods Using the Royal College of General Practitioners Research and Surveillance Centre database, we established the prevalence of acute uveitis and scleritis or episcleritis over a six-year period among populations without(n/=/889,856) and with diabetes(n/=/48,584). We evaluated the impact of glycaemic control on disease risk. Regression modeling was used to identify associations, adjusting for clinical and demographic confounders. Results Incidence of acute uveitis was higher among patients with diabetes; Type 1 OR:2.01 (95% CI 1.18?3.41; p/=/0.009), and Type 2 OR:1.23 (1.05?1.44; p/=/0.01). Glycaemic control was established as an important effect modifier for uveitis risk, whereby those with poorer control suffered higher disease burden. Results confirmed a dose-response relationship such that very poor glycaemic control OR:4.72 (2.58?8.65; p/
Karatsai Eleni, Robson Anthony G., Taylor Simon R.J. (2019) Outcomes Associated With Sustained-Release Intraocular Fluocinolone Implants in a Case of Melanoma-Associated Retinopathy Treated Without Systemic Immunosuppression,JAMA Ophthalmology137(5)pp. 564-567 American Medical Association (AMA)
DOI: 10.1001/jamaophthalmol.2019.0284

Importance: Melanoma associated retinopathy (MAR) is a paraneoplastic syndrome in which anti-retinal antibodies cross-react with retinal on-bipolar cells, resulting in night blindness and progressive visual field loss. Current therapeutic options include cytoreductive surgery in combination with immunoglobulin (IVIg), corticosteroids or plasmapheresis, but their effectiveness is limited and there is concern given the possible protective role of circulating autoantibodies against metastatic spread. We report here three-year follow-up of the first case of MAR treated with intravitreal long-acting steroid implants. Objectives: To report a case of MAR which was treated with intravitreal fluocinolone acetonide implants (FAc; Iluvien) in the absence of systemic immunosuppression.

Design, Setting and Participants: Three-year follow-up of a 73 year-old woman with a history of surgical excision of a malignant melanoma of the left pinna who presented with visual symptoms of shimmering and nyctalopia. Fundus examination, fundus autofluorescence and optical coherence tomography were normal with no evidence of cystoid macular edema. Automated perimetry showed a reduction in visual field and full-field electroretinography (ERG) demonstrated findings consistent with generalized on-bipolar cell dysfunction, typical of MAR. The patient was treated with bilateral FAc intravitreal implants.